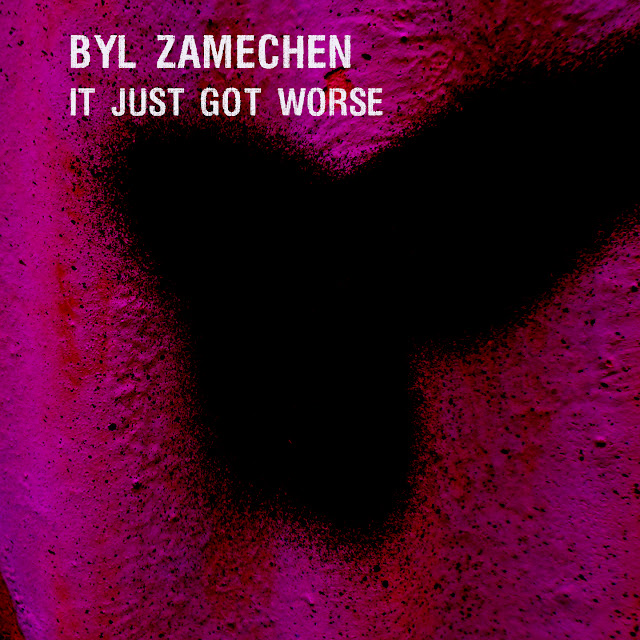 Byl zamechen are from Ukraine. They started in 2010 as a less-more stoner rock band and released their first selftitled album in 2013 on the russian label Bad Road C.E.S.
In 2016, they released their second album "стало ещё только хуже" ("it just get worse") on the Ukrainian label Robustfellow Prods.
They played live at numerous Ukrainian-Russian gigs and festivals.
It's hard to classify their genre but noisy psychedelic stoner with art/prog elements music suits them perfectly. 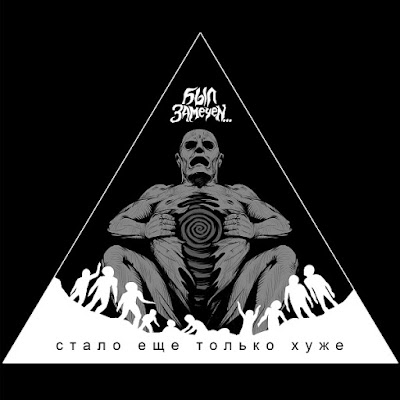 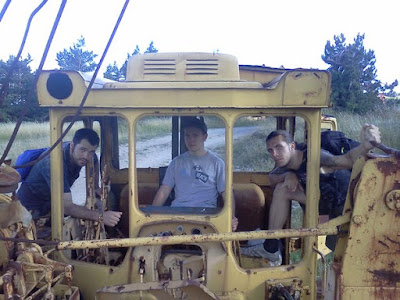 The warning label on the package says “lo-fi noise” and “stoner” — I swear somewhere there was a sticker that said “sludge” or something like that. I’m speaking metaphorically, of course, since this was a download and not a physical object. What this Ukrainian band does is a bit harder to pin down than the tags used on their Bandcamp page. There’s definitely an element of psych to it, with long-running riffs and trippy effects. Though in this case, the dominant effect is plain old distortion rather than endless echoes or phase shifting. Sometimes the noise takes on a droning quality something like a didjeridu, over which other parts are arrayed. As for the “lo-fi” label, I would say that while there’s a lot of distortion, it’s mostly distortion in the source material, not distortion from lo-fi recording techniques. In addition to guitar, bass, and drums, a couple of tracks feature saxophone, and there are bits of keyboard here and there, including some nice overdriven organ on “Shifroval.” This track consists of several sections of differing tempo, some of which are fairly fast, with “ba-ba” backing vocals like a twisted 60s go-go tune. Further drifting away from stoner rock, there is the track “V Odin Konets,” which is ten minutes of nearly formless meandering, with erratic percussion, chanting, and a freakout on what sounds like a wooden flute. On the whole, Byl Zamechen is noisier than a lot of psych bands coming out of the US, England, and Scandinavia, but nowhere near as abrasive as Hijokaidan. They’re adding a lot of varied elements into their sonic stew, many of which are nearly overwhelmed by the mass of fuzz coming out of the guitar amp. As it is, they’re producing some interesting music, but with a little sonic restraint, they could be doing something really special.
-------------------------
Feel the art, and the noise.
Their lo-fi credentials are occasionally a little harsh on the ears as the VUs creep close to the red, but then again some space cadets like their guitar-bass-drums hot, and it adds to the sense that B-Z are always teetering on the edge of exploding into overload and aren’t too afraid to go there either. Khleb has a rich and powerful voice, his singing flowing with a stentorian tone. His intonation frequently calls to mind the plainsong of Orthodox monks as he declaims with rising passion over the ultra-heavy rhythm section of Lv at the bass controls and Amorth on drums. There’s plenty of melodic lines tinkled out on an electric piano and/or organ or delivered with the carefree acoustic strums of Amon Düül, but the trio also know how to let rip, hard, fast and with a raucous purpose, sparks and shards flying until B-Z relent and drop back down into a slumbering sludgy throb or a cursive swarm of resonant feedback.
freq.org.uk
---------------------------

Imagine if Iron Butterfly was in the same room as Brian Eno and got the re-write the music for the Clockwork Orange Soundtrack from 1971, the result could very well be this album.
http://rothnroll.blogspot.be/2016