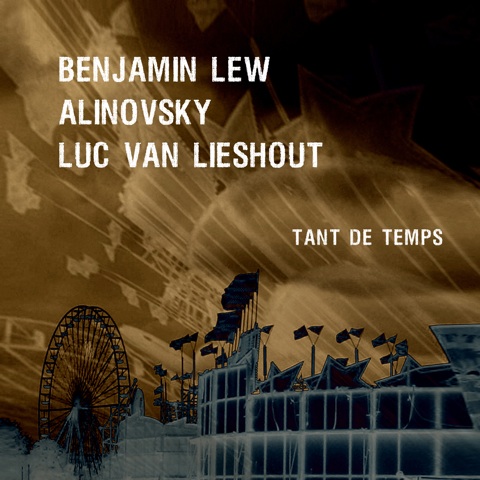 
Benjamin Lew and I wanted for years to play again together, just the two of us, like on the K7 release 'Orient et Mécanique' we did back in 1983 on the Digital Dance label. In the nineties, we occasionally recorded a few tracks but never really finished them. In February 2003, Benjamin Lew had around 200 unfinished tracks and loops waiting for friends and musicians to play on. So we decided to spend a few afternoons to try to finish some kind of music. His old Akai s1000 sampler was almost out of use, so we played all the loops manually and I added keys on them. Benjamin then added a few fake trumpets and effects on the top and after 5 days, we had a dozen tracks mixed.
Listening back to them, we both realized that the trumpets sounded really cheap. Benjamin suggested to ask Luc Van Lieshout from Tuxedomoon (who had previously played on his solo albums) to play real trumpets on two tracks.
We gave all the songs to Luc and let him choose on which tracks he wanted to play. He was that week in a particulary richly creative mood and finally added his wonderful playing on 6 tracks, giving the ensemble a new colour and sensuality.
We just had the feeling that we should do more recordings to have a full album, but for lot's of different reasons, never found the time again to do so.
After 9 years stored in a box, I found back those 6 tracks. I gave them to Pierre Vervloesem who did, as always, a nice mastering. Here they are for you to listen to and enjoy!