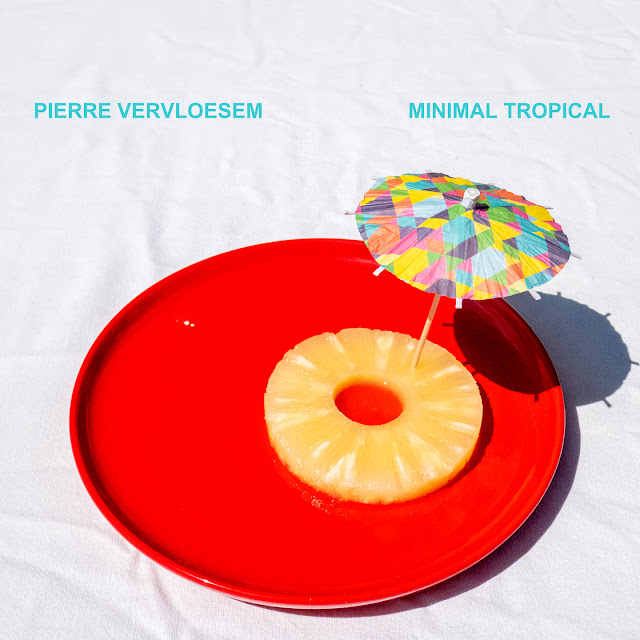 Pierre going Brazilian in his personal and typical way to offer the world his visions of what should be the best Brazilian songs and rhythms.

The great Morgan Agren is on drums on number 10.

A perfect way to finish 2021 and dance on this new-year eve! Enjoy!

Merry Xmas and happy new-year to all! 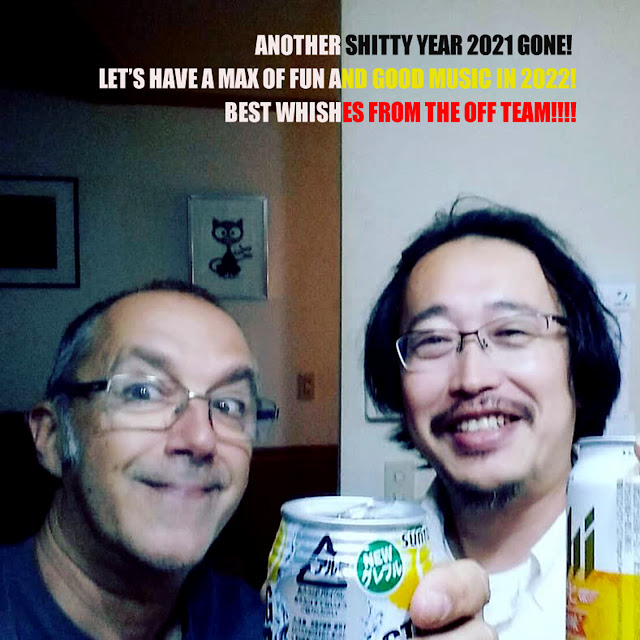 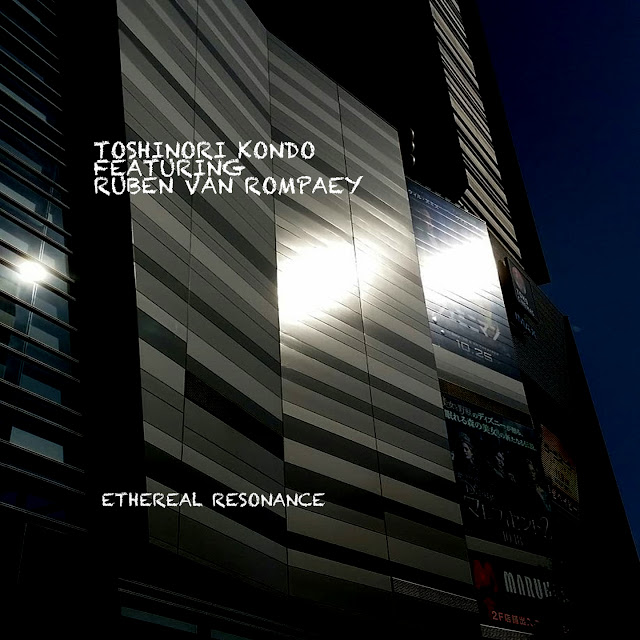 A perfect combination between the electrified trumpet from the late Toshinori Kondo and an ambient drone and effects concocted by Dutch percussionist Ruben Van Rompaey.

40 minutes of pure ethereal resonance as the title rightly suggest!

Close your eyes, empty your mind and let you transport in a parallel world without all the problems of ours! Merry X-Mas to all!

Digital release on the 24th of December 2021 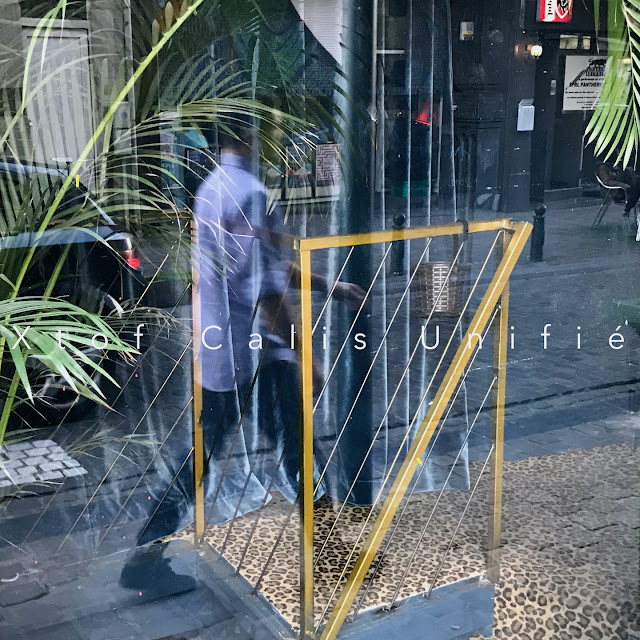 Xtof Calis (see also ODG122 and ODG127) in something completely different from his usual introspective album! What he says about it:

'This album shows my love for rhythm and electronic dance music. I started every piece with laying out a groove at 120 bpm. Then I started to lay out the ambient textures that fit in how I prefer to territorialize the body.'

Digital release on the 17th of December 2021 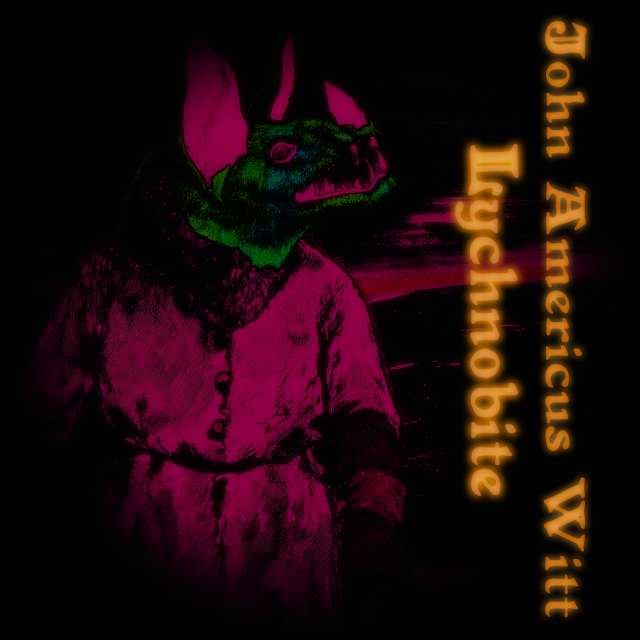 Cover art by Silas Plum
OUC036 : John Americus Witt / Lychnobite
The new album from the fascinating American contemporary composer John Americus Witt (see also ODG115, OUC026, OUC033 and OUC034) with, once again, four radical and strange compositions.
Let him explain:
"So, a Lychnobite is one who works in the night and rests during the day.  As someone who falls into this cycle with some regularity, here is what that feels like.
First, “Awaken At Dusk”.  This is disorienting, and extremely specific.  The feeling of starting the day as the sun sets brings a sense of surreal isolation that has no analogue.  The most primal parts of the Self sense that something is off, and send small signals throughout the night to remind one of this fact.
Second, “The Night Machines”.  This is where the majority of the work gets done.  There is a permission to create and experiment that is absent during daylight hours.  One can feel a connection with the other nocturnal things; the patterns they keep and lives they live.  This is most profound outdoors.  Focus is clear.  Instincts are followed without arbitrary and cyclical analysis.  Purpose becomes clearer in the moonlight.
Third, we have “The Invisible Hour”.  This can vary, as it is not tied to a specific number, but more of a sensation.  The outside slows.  There is rest.  Whatever frenzy was present earlier has receded, leaving in its wake this chunk of hidden time.  Few things are pressing.  Thoughts are slow, but not labored.  It is in this Invisible Hour that one can truly enjoy the sensation of being alone; a living battery trickle-charging in the night.
Fourth, at last, “Peaceful Sleep In A Patch Of Sun”.  There is something particularly exhausting about living at night.  Sleep comes easy most of the time.  Wash the paint from your hands.  Take off your headphones.  Put down your pen.  The sky is a dark, hopeful blue.  The birds gingerly being their songs.  The world is waking up.  As this waking world moves around you, nestle in.  Cover your eyes.  The sunlight will make its way around the room; patches moving across your body as you sleep."
So be it!
Digital release on the 10th of December 2021
Track listing:
1: Awaken at Dusk
2: The Night Machines
3: The Invisible Hour
4: Peaceful Sleep in a Patch of Sun
And on Bandcamp:
Posted by Off - Record label at 10:26:00 No comments: 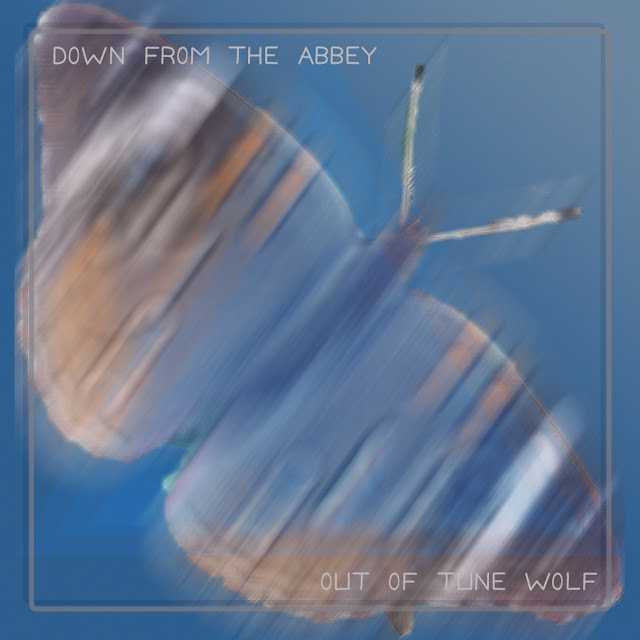 Out of Tune Wolf (see also the superb ODG094) is a solo project by Josh Rodenberg, an American sound artist based out of Doha, Qatar.

Rodenberg is a father, educator, skater just trying to navigate his small universe in the most positively impactful way he knows how to.

His future projects include sound design for an experimental documentary and VR game about Springtails and a podcast that is a sonic narrative.

'Down from the Abbey' is composed of tracks from 2020 that were in progress and were completed in 2021. The brutal realities of the year made it a struggle to keep positive and motivated.
As always, art is the purest solution to battle my mental demons. This a battle won but still fighting the war. 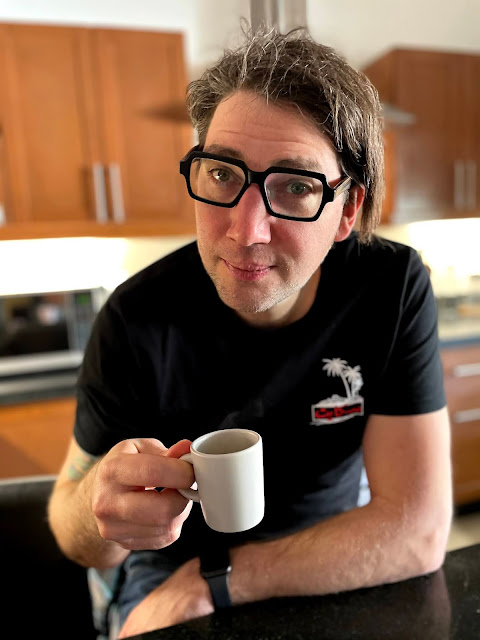 Josh
Digital release on the 3rd of December
Track listing:
1: Post 1
2: Through the Shoots
3: These Trees
And on Bandcamp:
Posted by Off - Record label at 11:39:00 No comments: