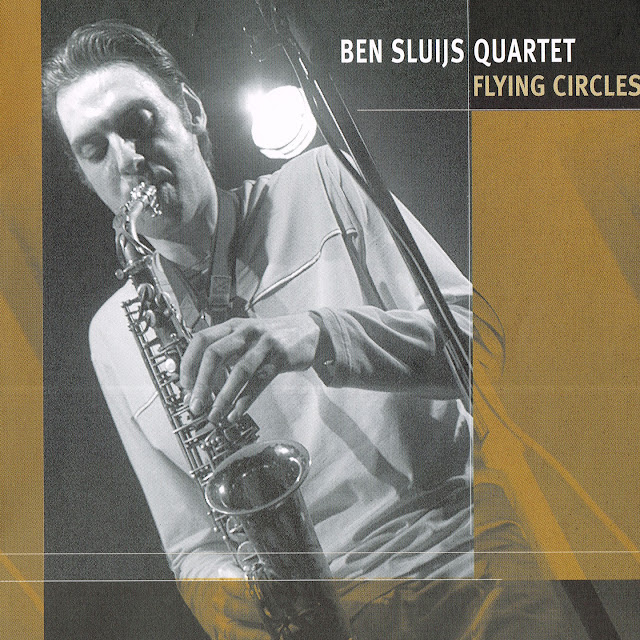 Another reissue from the Ben Sluijs Quartet ( see also OCD039, ODG086 and ODG095) originally released in 2002 on the W.E.R.F. label, Seasounds was recorded at Jet Studio - Brussels..

"This is already the third album for WERF with the same quartet and the sixth in the series "finest in Belgian Jazz" that the cultural center of Bruges publishes on the occasion of "Bruges 2002". This is to say if Ben Sluijs and his companions are appreciated by amateurs and critics. The Antwerp artist took special care to design this album, which probably foreshadowed a turning point in his career towards freer forms and spontaneous creations in duo or trio (first part of "Flying Circle"). poems on "Stones" and some tests of the deceased "Travers" we had let him feel.
In the virtuosities he developed extensively when playing hard-bop, Ben prefers today a research on the sounds (breath control in the beak on the melancholic and black "Medieval") and introspection by harmony who pay a tribute to the European classics of the past century as Scriabin. The game of the violist remains a patchwork of plays (Coltrane on the occasion of the first solo on "Exactly what I do not mean", Monk for the writing of "Mouth Peace" and the approach of Erik Vermeulen at the piano) but today it transpires with a good assurance, a beautiful tranquility ("Xzen"). Piet Verbiest (b) provides a rigorous accompaniment of classicism whereas Eric Thielemans drives in the contemporary way, close to the cutting of the melodies, light on the skins and the cymbals.
The short and exotic "Second Flight" reminds me of Yussef Lateef's "Sounds of Nature".
Ben offers on this piece a beautiful flute sound with a passage in scales that he may have borrowed from the finals of Jacqus Pelzer on the "Theme for Freddie".
A very good record of a mature artist."  Jean-Marie Hacquier

A compilation of some of the best Japanese experimental tracks from the Japanese serie:
24 tracks to discover here:


And a compilation of the Matonge series with 11 tracks to discover here:

First video from the forthcoming album 'Artiste International' from Pierre Vervloesem Feat. the one and only drummer Morgan А̊gren! 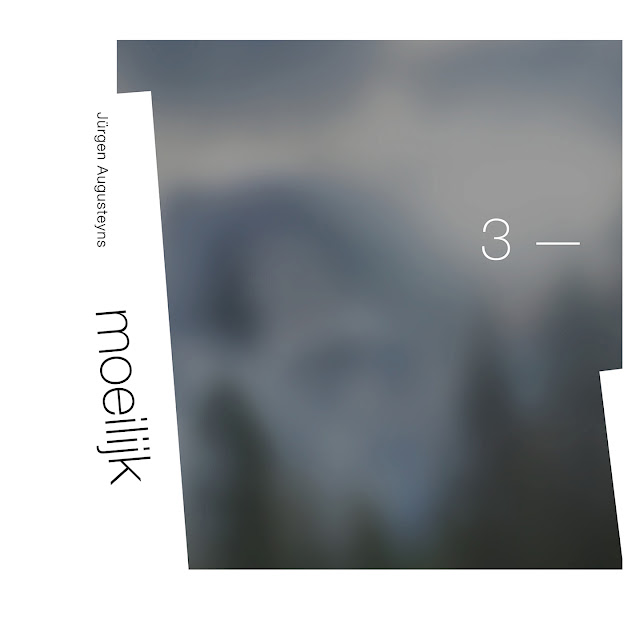 
After his ep “Das ewige Ende // Dyptich” (see ODG108), Jürgen Augusteyns returns this time with 5 tracks composed on a Fender Rhodes. 5 crafted minimalist pieces that turn around a journey to the Noord zee / North sea in Belgium. From Bruges to the end of the holidays... A peaceful journey for a late summer afternoon!

As Jürgen defines his music: “Moeilijk” is a collection of 5 improvised pieces on solo electric piano and/or synths. I like to refer to them as “Nederlandstalige instrumentale muziek”.
This EP  contains some of the most personal and vulnerable music I have ever made. This is as “Sturm und Drang” and as sincere as I can get musically.
I hope you enjoy listening to this music as much as I enjoyed playing it."
Available also on a limited edition cassette release through his website here.

All tracks performed, recorded at home and arranged by Jürgen Augusteyns.
Mastered by Joe Talia.

A nice review in Jazzhalo here. 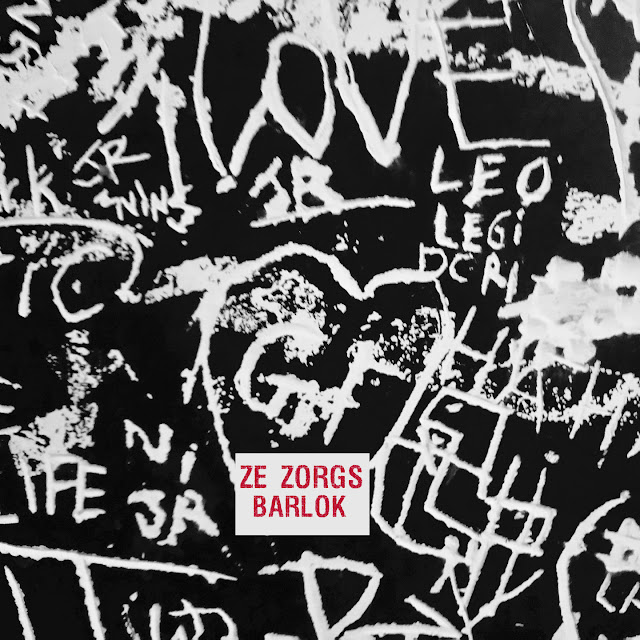 Another live from Ze Zorgs (se also ODG044 and ODG099) is not simply another live as their performances are always a new journey through post punk, noise, syncopated saxes, kraut rhythms, epileptic guitars, going to the right when you expect them to go to the left! 2 long tracks that will either bring you to an apocalyptic orgasm at the end or make you want to smash your hifi wondering what did happen to you! Either way, enjoy! 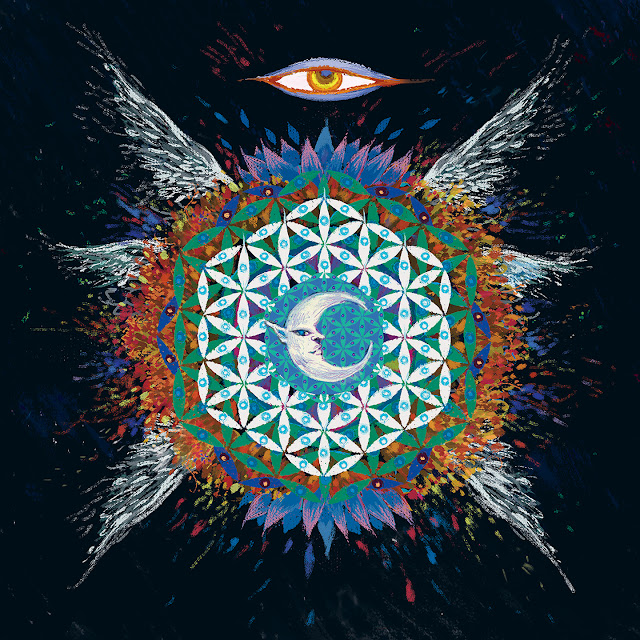 Second release from this duo based in Beijing (see OAS001).

Charon blends minimal wave synths, trip hop beats, and shoe gaze guitars with samples of traditional Chinese instruments such as the pipa and guzheng, and whispered poetry juxtaposed against Chinese opera vocalisations, all mixing together to create an art rock crossover between East and West, the traditional and the contemporary. Each of the tracks can stand alone or fit together to tell a story with lyrics that reflect upon Chinese mythology relating to the red spider lily, which are described in translations of ancient texts as flowers that grow in hell and guide the souls of the dead along the path to reincarnation. Meanwhile the title of the EP borrows the moniker of the ferryman of hades, who serves a similar purpose in Greek mythology in helping lost souls journey through the afterlife.

The EP itself came about after Guiguisuisui had been touring their Shining Soundscape show for three months in Europe and China. As a consequence the band chose to create a record that fit this performance: flowing and layered, rooted in traditions but progressive at the same time, and something that could be presented as a story along with live artwork and performance. Created in a matter of weeks, the band chose to self record and produce the EP in an effort to not overthink the pieces, but rather to preserve the raw inspiration and improvisations, evident in not only the music but the visual accompaniment also.

The remixes of the EP came about as a result of the subsequent Charon tour through China and SE Asia in January/February 2019 in support of the EP. The artists featured are individuals Guiguisuisui met, played with, and collaborated with on their adventures. 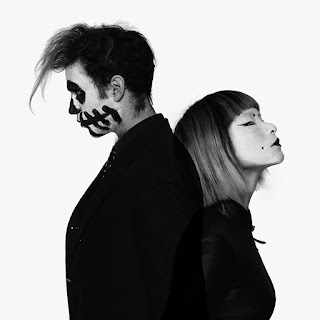