Released soon on Off, the fantastic mini album of BEAKER!
Here is already a beautiful video to watch: 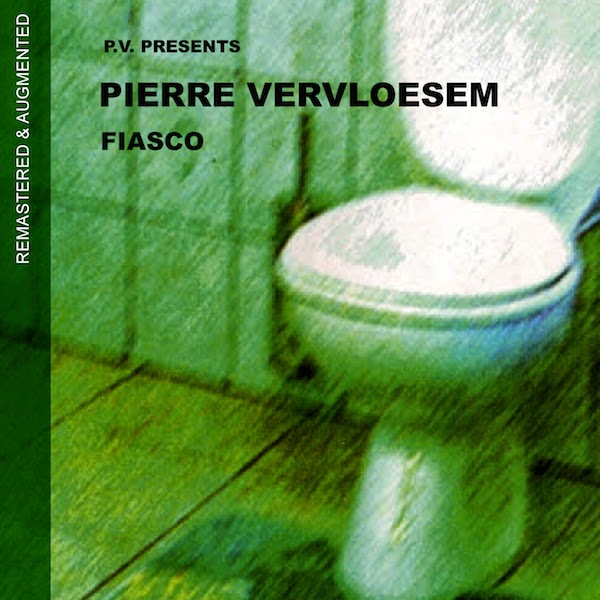 Second in a chronological series of 11 digital only remastered releases (6 solo (5 augmented with bonuses, lives and remixes), 1 duo, 1 unreleased duo and 3 pots-pourris (with absolutely every tunes possible ever recorded by Pierre and never released)) and coming at the pace of one every month is the fabulous second solo album from Pierre Vervloesem: Fiasco (1996).

Pierre Vervloesem (bio) really rocks out on this one. Crunching power chords, blasting lead runs, pumping bass, pounding drums, yowling vocals -- the few tendencies toward a light approach on  are almost entirely suppressed here. The format is nearly that of a hard rock power trio at times, except that, in addition to Didier Fontaine's drums (and radiator), Vervloesem handles bass as well as guitar. That's not to suggest everything is heavy, heavy, heavy from start to finish -- there are jangly strums interspersed between the heavy metal machine gun choruses on the opening "Tiny Smalls," not to mention the interjection of a nice little multi-tracked trumpet arrangement from Bart Maris that would be right at home on any X-Legged Sally disc. Elsewhere, Vervloesem indulges his fondness for Laswell-styled funk-dub experimentation, overlaying deep and insistent bass vamps with stinging solos, wah-wah riffing, spacy effects, and Fripp-ish sustained harmonies and loops. Thierry Mondelaers’s vocals remain an acquired taste but improve upon his contributions to X-Legged Sally album "The Land of the Giant Dwarfs", effectively navigating stylistic territory from distortion-veiled post-punk wails to art rock crooning. The album's variety and flow are well conceived, with the rock tunes nicely balancing the more experimental groove-based dub tracks. Of the former, "Sorry" is about as punched-up and catchy as rock & roll gets, building to a thrilling ride with harmonized guitars over a driving vamp at the tune's end, while the album-concluding "Gas" merits special mention among the spaced-out dub jams -- its synthesized strings and bells (presumably contributed by composer Anne Fontigny) impart an ethereal, moody quality to the piece that contrasts effectively with the album's preceding cranked-up hard rockers. Not quite as quirky and more in your face than Home Made, Fiasco is a good choice for rock fans with limited patience for all-out avant-gardisms but who are open-minded enough to enjoy a bit of experimentation thrown into the mix. If your inclinations are reversed -- you're open-minded enough to enjoy a bit of rock & roll thrown in with your avant-garde experimentation -- Vervloesem's third release, Chef-D’Oeuvre, might be better aligned with your sensibilities, but both albums (and later Vervloesem albums as well) are fine examples of this skillful and often wildly entertaining Belgian's music.

A very fine review in French in Guts Of Darkness Here. 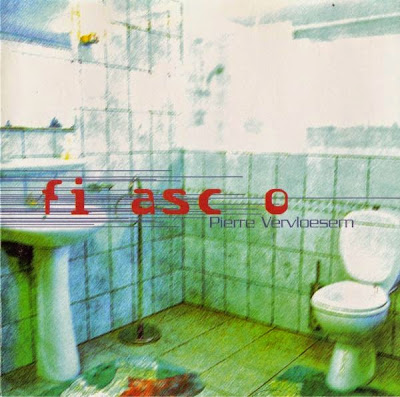