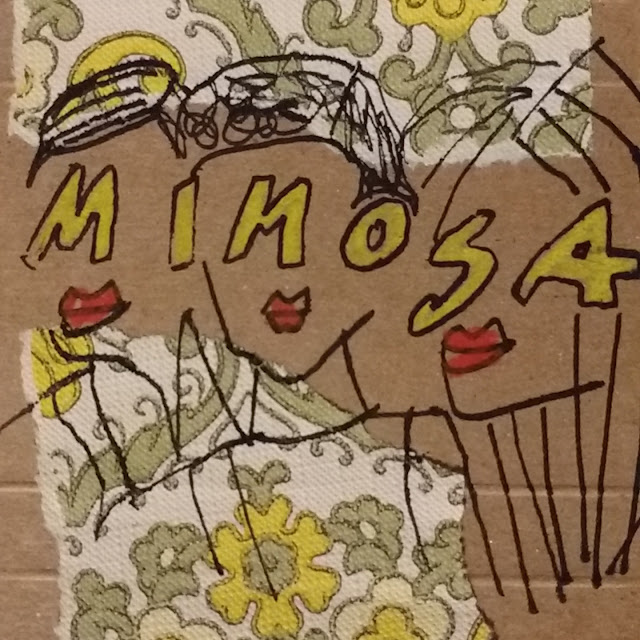 Mimosa explores through their unique instrumentation, keyboard, vibraphone, and voice with processing, various paths of improvised music.
Touching on classical, jazz, noise and ambient musical styles, this trio always performs at a high energy, feeding the ears with rich textures, harmony, and crashing tension, sucking anybody into their journey. The keys of Rieko create repetitive patterns putting the listener in a trance state using the extreme ends of the sonic range. While Els occupies the middle frequencies on the Vibraphone creating the texture that could be mistaken for electronics. Then the vocals of Natalie fit like a puzzle piece to lay noise, and melody with the right amount of electronic manipulation.
This recipe makes for a stellar and highly addicting music.
You can discover more music at their Bandcamp. 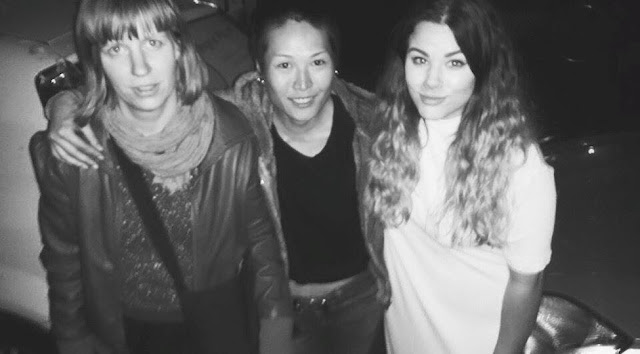 Els Vandeweyer is a Belgian vibraphonist, percussionist, and composer currently living in Berlin. After studying classical percussion in Antwerp and jazz vibraphone in Brussels and Oslo, Els co-founded the IMI Kollektief, whose critically acclaimed album Snug as a Gun was released on Clean Feed in 2006. Today, Els plays regularly in Berlin, including solo performance, group improvisation, and contemporary music (including a performance of Xenakis’s Rebonds b at the A L'ARME! Festival in Berlin). Recently, her composition Landscape, a 25-meter-long textile that functions as a mobile graphic score, was performed in Berlin as part of the Kontraklang series on contemporary music. Current projects include a duo with Fred Van Hove, Quat (with Fred Van Hove, Paul Lovens, and Martin Blume); Mimosa (with Rieko Okuda and Natalie Sandtorv); Metal Illusion (a shadow play with Rieko Okuda), Spin Track (with Olaf Rupp and DJ Illvibe), and participation in two orchestras (Pascal Niggenkemper´s Vision 7 and the Serenus Zeitblom Oktett).

Rieko Okuda is a pianist and a composer. She began with Classical music from the age of 3, in Japan. In her young age, she attended to Kaizuka city Piano Competition, and got the first prize. Later then moved to USA to study and learn Jazz music. She fell right into the Jazz scene in USA, performing with some of the great American Jazz musicians (Bob Mintzer, Jon Faddis, John Fedchock etc.) Also, she got interested in Free Jazz and Improvised music scene while she was in Phliladelphia. She performed with the great improvisers includes Marshall Allen (from San Ra Orchestra), Elliott Levine (recorded with Cecil Taylor), and Calvin Weston (recorded with Ornette Coleman). She has performed in Jazz Festivals throughout her stay in USA. Her interests in Improvised music led her to move to Berlin and perform with various musicians. Currently, she performs with Audrey Chen, Els Vendaweyer, Susanne Zapf (from Sonar Quartet), Yuko Kaseki, Axel Dörner, ect. She also performs at several experimental festivals: XChange Festival, Experymental Festival, and Art-Sound Festival to name a few.In 2014, she got to work with Japanese Pop Artist, YUZU. She arranged the song called “Amenochi Hareruya,“ which awarded Japan Record Award 2014.

Sandtorv studied jazz, improvisational music and electronics at the Norwegian Academy of Music in Oslo and at Griegakademiet in Bergen. She is known for her exploration of different expressions within improvisational music in solo projects and with various ensembles. Sandtorv bring the experimental concept of improvised meetings between innovative vocal artists. In 2015 she released her first solo album Pieces Of Solitude. She performed a duoproject in 2015 together with the British multi instrumentalist Steve Beresford at the Blow Out! festival in Oslo, Norway. Sandtorv is the initiator of the concert series Playdate in Bergen and Jugendjazz in Ålesund. In November 2015, she released her first solo album Pieces Of Solitude on the Va Fongool label.

You can buy their cd at their live gigs, all handmade! 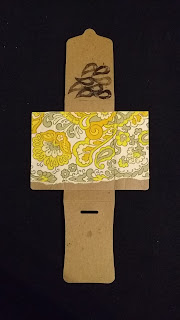 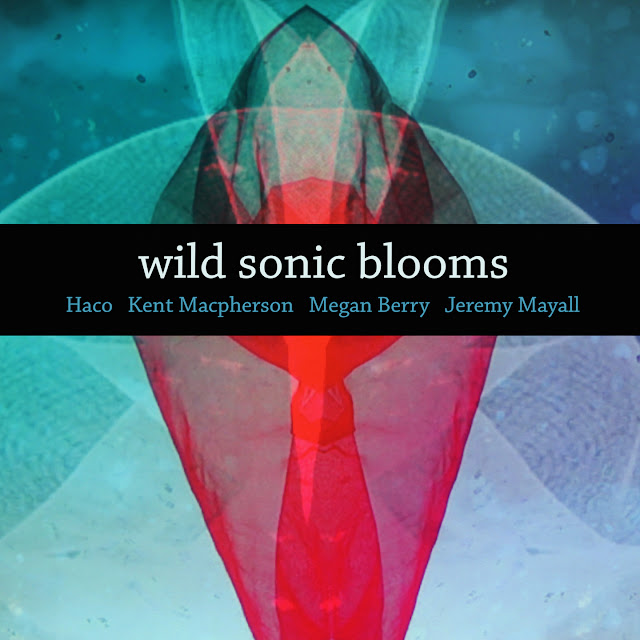 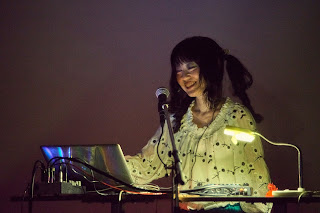 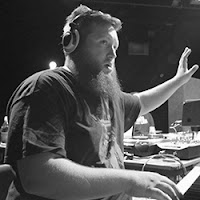 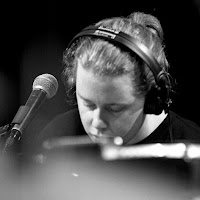 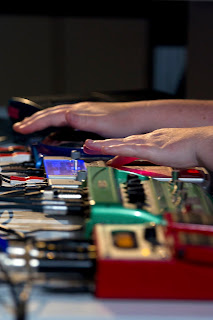 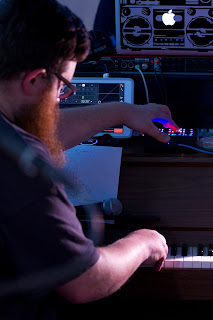 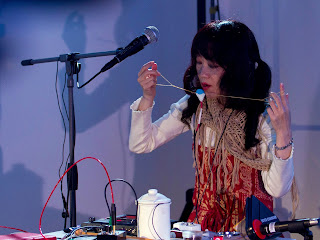 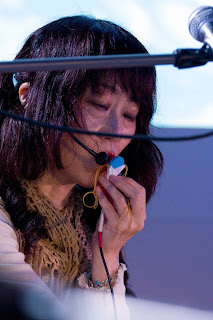 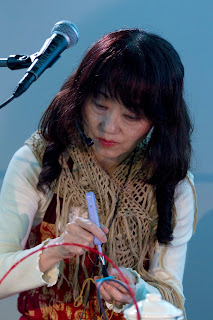 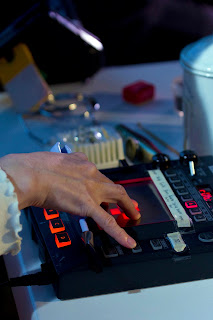 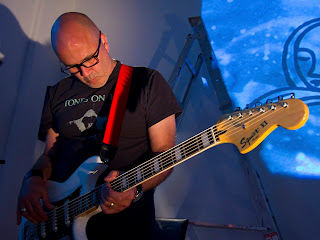 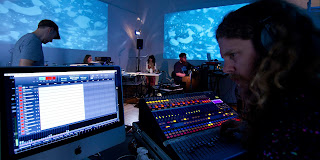 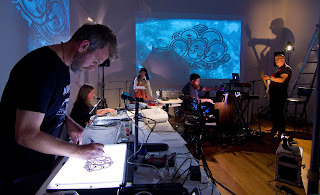 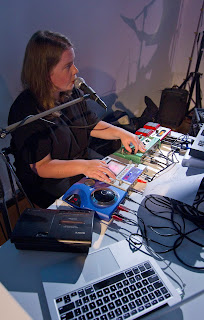 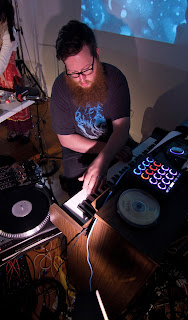 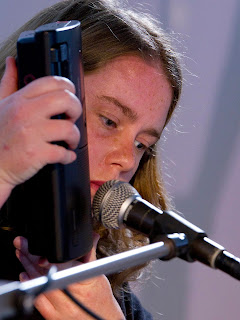 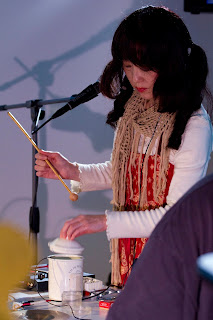 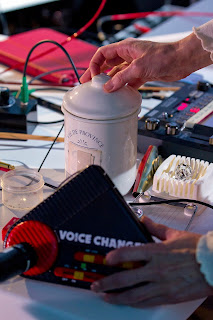 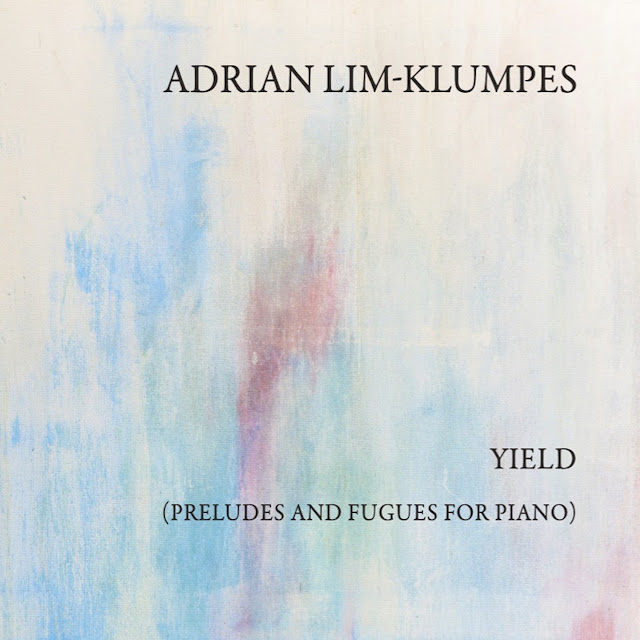 
Known as the frontman of critically acclaimed post-jazz bands, Triosk, 3ofmillions, and currently, Tangents, Adrian’s sound has been described as:

“ exceedingly lyrical; pianist Adrian Klumpes has found a path to the ‘sparkling water cascading down from some clear waterfall’ sound Miles Davis so admired in Bill Evans' playing” (Pitchfork)


Yield is a new collection of captivating tracks, showcasing Adrian’s unique ability to develop improvised ideas into fully rounded and complex works.
The 52-minute album is a selection of performances captured in one six-hour session on
a Steinway piano and is awash with his signature blending of minimalism, lyrical piano, jazz harmony and electronics to create polyphonic textures that shift in mood from track to track.

Adrian describes Yield’s exploration of solo piano composition as, in part, a homage to Bach’s piano work ‘The Well-Tempered Clavier’. Certainly, with its arrangement into paired preludes and fugues, and its multi-layered harmonies, the album speaks to a classical piano tradition, yet equally we hear the influence of modern pianists such as John Cage, Bill Evans, Philip Glass, Harold Budd and Chris Abrahams.

The tracks on Yield were created in pairs, designed for the listener to hear corresponding echoes between pieces.
The first pair of tracks, Watch and Follow , begin with a gentle, spacious melody, highlighted by glistening electronic accents. Then what are controlled washes of color in Watch become urgent brushstrokes in Follow, as the motif is taken over by pulsing rhythms and a driving tempo.
Similarly the various pairs on the album; Caution and Chase, Wait and Rush, Process and Control, Move and Remain, reveal both the delicacy and expressiveness of Adrian's playing
alongside his skilful manipulation of the different shades that come from dramatic shifts in dynamic expression and tonal color.

To listen to the album in full is to be led through a narrative of tension and resolution.
Across the ten tracks of Yield, Adrian explores a range of emotion, from feelings of violence, loneliness, and pain, to those of peace, warmth, tenderness and fragility.
Yield is an album which, like a kaleidoscope, reveals new colors and dimensions with each
listen.
Fans of his previous solo work Be Still (Leaf Label, 2006) will be satisfied by his continued push at the boundaries of post-classical, post-jazz aesthetics, and new listeners will be enchanted by their transportation into Adrian’s evocative aural world.

A great review in The Sydney Morning Herald here.

The video of 'Move':

I leave Mandy Stefanakis in Musictrust.com telling you her first encounter with the album:


“Don’t venture too far in a car whilst listening to this incredible album lest you find yourself in a quite different modus operandi from which it is pleasingly difficult to return.”


"The titles of tracks are a series of verbs, action words, though some are more active, Chase, for example, than others, such as Remain. But the titles are just a tiny reminder to the listener of the kinaesthetic and temporal nature of music and if one could suggest an overall theme here, this is it – the whole body/sound/mind gestalt utterly envelopes one – which is why I got lost. On Caution, for example, Lim-Klumpes speaks of the two improvised layers drowning the listener. The two voices are at extreme ends of the piano, the growly bass notes entering first. Adrian has digitally manipulated their pitch so that they become ever so slightly raised or lowered even in the one sound. He also adds echo so that sounds connect with each other. He enhances the ring of the upper notes in this way, where harmonics do not naturally provide such resonance as with lower tones, and builds both, so one really does feel utterly immersed in sound. Indeed, sound invades the body completely."
Read the complete review here! 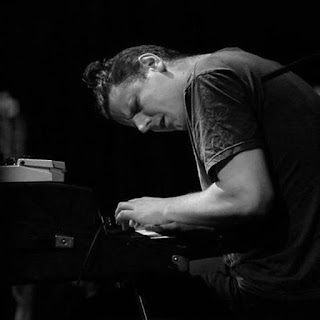 Adrian and his Steinway 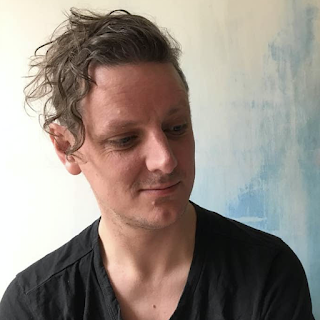 The liner notes written by Adrian himself can be downloaded HERE.
Yield is part of a larger project of twenty-four preludes and fugues in every key.

Physical and digital release on the 10th of November. 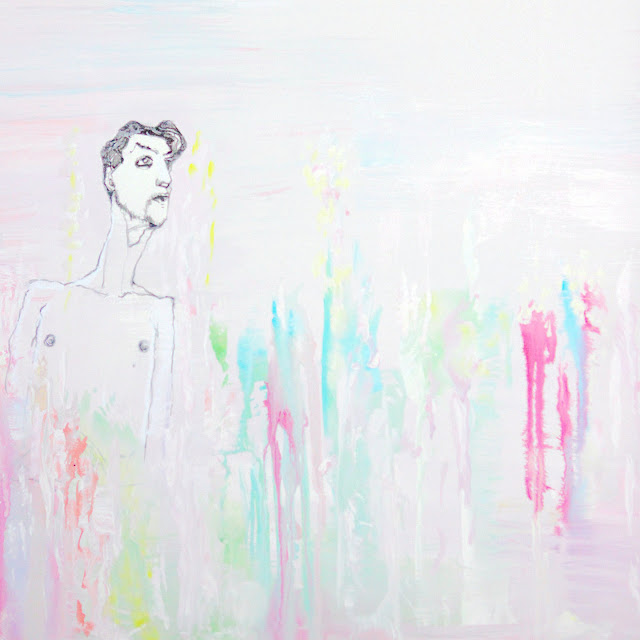 Obsessed with shoegaze and dreampop since their youth, they started to compose in that style, adding gentle or dynamic melody lines to take you into their own world of music : simple, complex and extremely poppy at the same time, full of energy and joy.
Their ambition, through their songs, is to try to succeed to bring you the closest possible to the real yourself ! 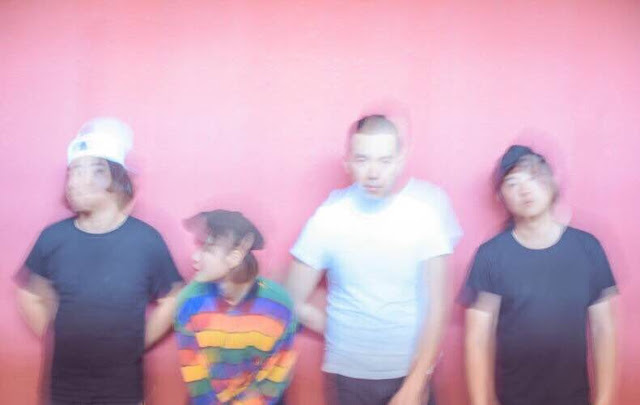 Digital release on the 3rd of November 2017.