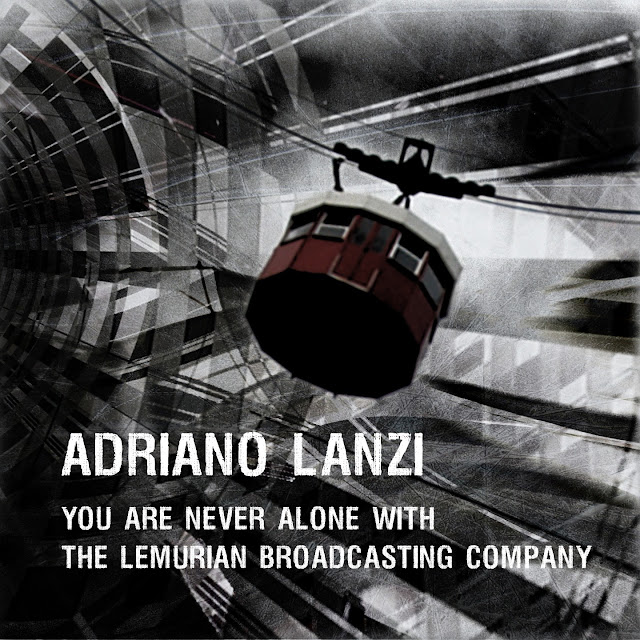 In 2008 I had the luck to discover an Italian band called El Topo and to release their first and only album ( have a listen here: El Topo / Pigiama Psicoattivo ) and it is my pleasure to release now a solo effort by the main leader Adriano Lanzi ( bio ).

This composer- improviser, plays guitar, electronics and bass. He used to be half of the Lanzi & Sodano duo which released some tracks and later a full album (La Vita Perfetta, 2004) on the german Klangbad label run by Faust organist Hans-Joachim Irmler.
He founded El Topo, a contemporary jazz rock band with Sodano, Andrea Biondi, and  Francesco Mendolia.
There was also a long collaboration (1996 -2003), live and studio, in a world music / afro-jazz project with Siriman Pape Kanouté who's the first musician to have promoted and popularized the kora (west-african harp/lute) in Italy.
From 2001 to now, Adriano has been playing frequent solo performances with live soundtracks to classic silent movies like Der Golem, Man with the Movie Camera, Nanook of The North, Sunrise, Nosferatu, Tabu, The Lodger, The Passion of Joan of Arc, October, a.o.
Occasionally, you will see him also on stage guesting with Welsh post-punk/ noise/ psychedelic band Ectogram and with progressive rock / improvised music veteran Geoff Leigh.

What Adriano wrote me about his album:
"I polished out a number of tracks for my solo project. I must say it might turn to be a not-so-long album, some 39 minutes like in the old days.
Anyway it will consist of tracks made just with one instrument (a polyphonic synth, with arpeggiators, variously modulated) and there will be just one piece with external sounds too (a guitar drone, very "thin", and a processed drum loop from a jazz drum solo, from god knows where now). Nevertheless, even if I have set the loudness peaks at more or less the same level for all pieces, they are all rather different in terms of the "fatness" of sound and dynamic range. Some of them "pump" more (and continuously), others less, and they are meant to be like that because they are made of much more spacious and sparse layers of sounds. " 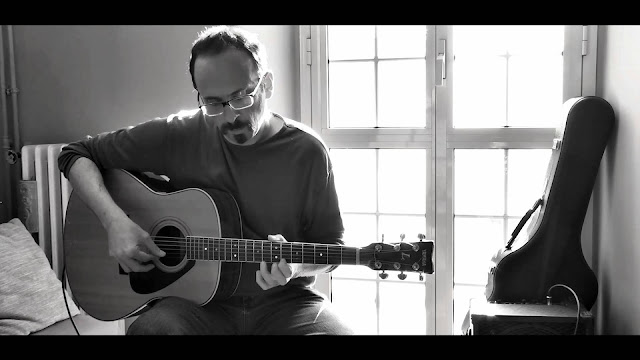 Digital release on the 2nd of September 2013.