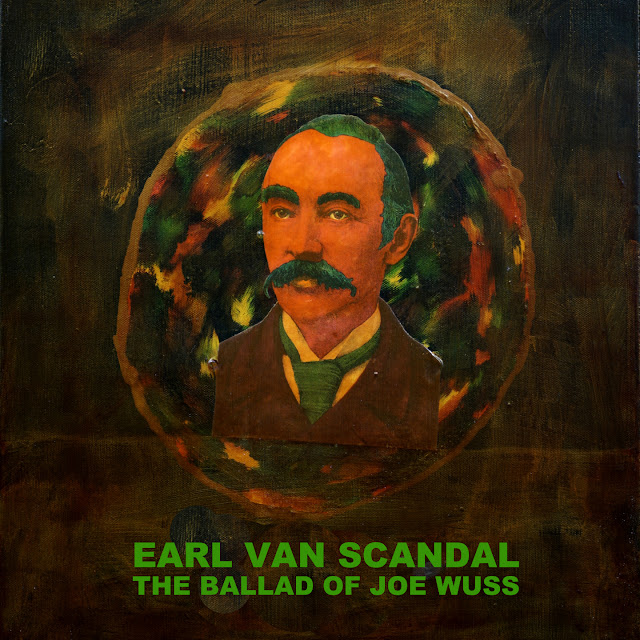 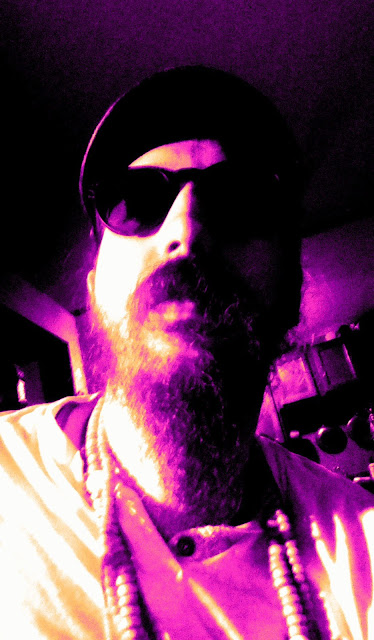 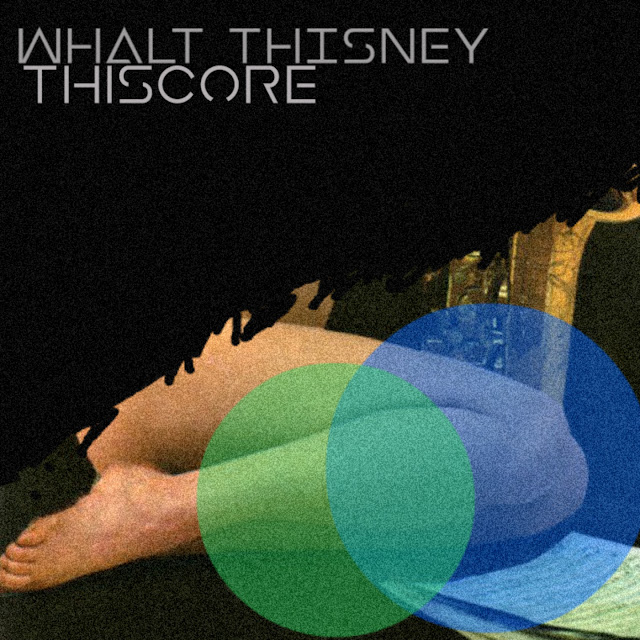 The music of WHΛLT THISИEY  is a solitary soundtrack to nowhere, a non-tourist map into the unknown; music and images to create new, fully immersive environments, an intriguing aural pilgrimage with no destination in time and space, nuances and labyrinths.

WHΛLT THISИEY selects and mixes music for the mind and body in the same quantities that emerges from encounters between the past and the present, drawing beauty of the commonplace, wiping, polishing it, giving it life again, so to produce the same effect of the original freshness and spontaneity, a mirror that transforms it absorbs and reflects.

Extensive discography via his Bandcamp 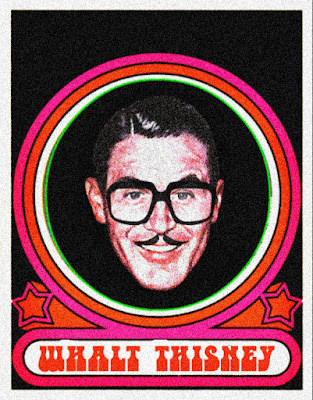 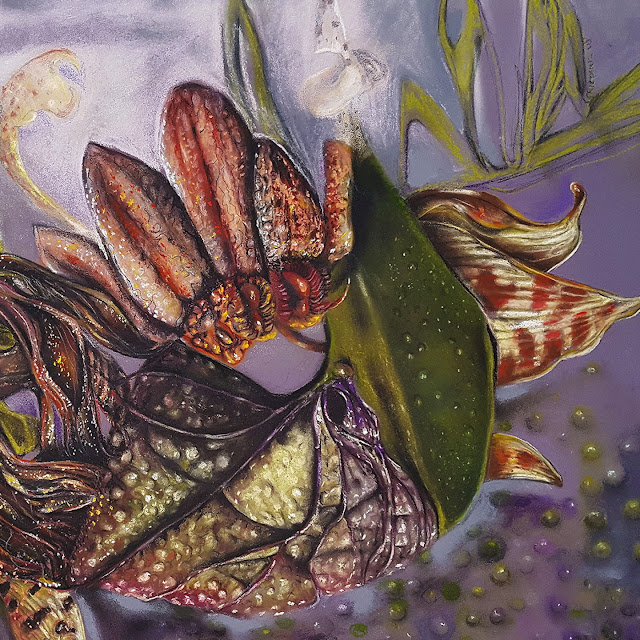 
Chiral is the brand new album from Japanese duo TRIOLA and took 2 years to prepare, compose and finally record.

The project TRIOLA was reborn in 2016 with the introduction of a new violinist: Anzu Suhara.
Base member Atsuko Hatano (see also OJP031 and OJP035) provides all the compositions and the band still fonctions as a duo violin / viola plus the guests when playing live or on recordings.

Though Atsuko regards her compositions as simple ones, one can directly hear the complexity of the arrangements and the always search for special sounds and layers.

Anzu Suhara (violin - Japan) is interested in experimental music and has collaborated and recorded with various orchestra such as ASA-C HANG & pilgrimage, NHK dynasty gong and Hikaru Utada as "Anzu Suhara  strings » and many other acts.

Atsuko Hatano (viola and composition - Japan) is a viola player using her instrument with a lot of electronics to add textures and layers to her sound. Definitely contemporary classical but with a very electronic approach.  She made a conceptual, avant-garde and organic album in 2018 called ‘Cells #2’ which sounds like a full strings orchestra tough it’s entirely played by herself adding layers with her string viola in form of ‘Cells’.    When not playing solo, Atsuko is extremely active recording, collaborating and playing live with Jim O.Rourke, Eiko Ishibashi, Mocky and many more acts. 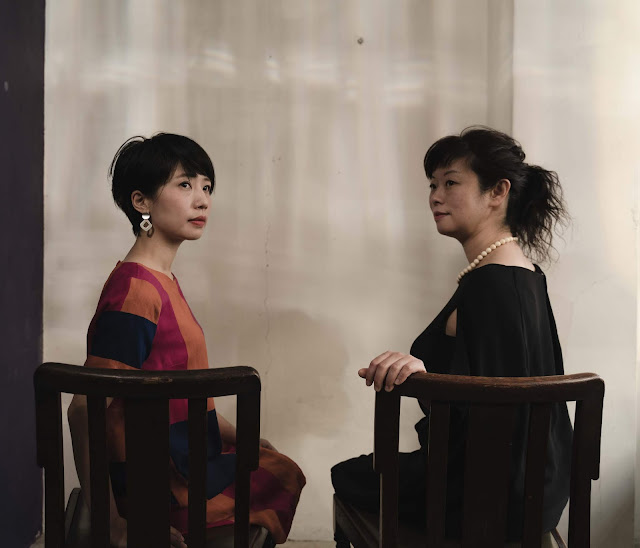 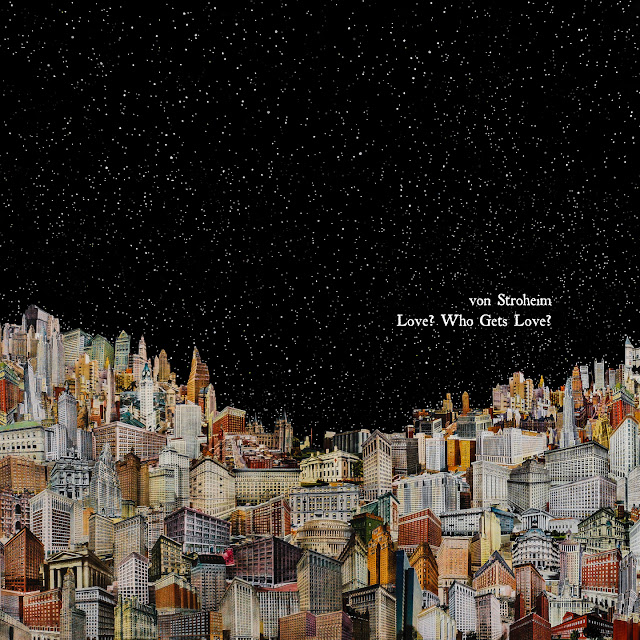 Von Stroheim, described as some variation of a "doom band", fulfills that promise in ways very possibly unintended by those claiming either (or both) doom and bands: they've made a record that's a soundtrack for the doomed. Which is almost totally different. With a nod to Austrian director Erich von Stroheim, the record 'Love? Who Gets Love?' is a biting treatise on love soured where all of the femmes fatales are fatal and as voiced by singer and theremin player Dominique Van Cappellen-Waldock (see also OCD018, OCD021, OCD024 and OCD033) with guest appearances by Pete Simonelli from Enablers and Caroline Blanchet (ex-Choo Choo Shoe Shoot), set in stone in a darkening world view successfully evinced by the guitar and synth work of producer Raphaël Rastelli.

The trio has been described a cinematic doom, compared to PJ Harvey singing with Black Sabbath, Neurosis featuring Jarboe, OM, Hexvessel, and even “Amon Duul II in salsa stoner”. 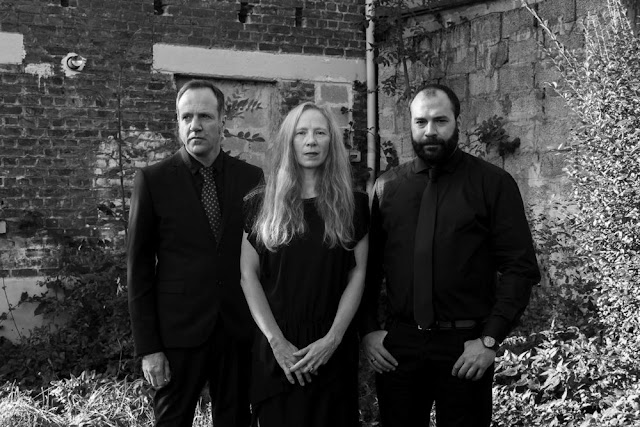 
And a bonus track in video only:

This track was supposed to appear on von Stroheim's debut album Love? Who Gets Love? but they didn't get the rights due to Pete Shelley's untimely death.