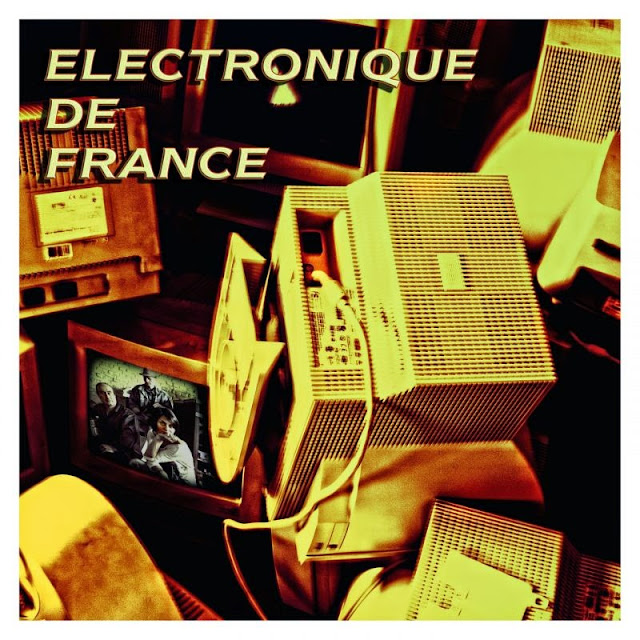 A first in the Off catalogue: some French speaking songs coming from a trio of masters of the French pop / electro.
Jacques Duvall (bio and in French) who has been working with such big names as Lio, Alain Chamfort, Alain Bashung, Etienne Daho, Jane Birkin and so many others has one more time written in his almost impeccable style the best lyrics for LaFille (bio) who sings them beautifully, while Kriss Electro (actually working on the new bossa nova album from Lio) plays, arrange and produce a kind of 80ties old school electro/pop mixed with a soupçon of French touch.
The album has an amazing story as the tapes were lost in 2012 and recovered almost by miracle!
Here is how Jacques remember about the all affair:

"Kriss Electro, the leader of Electronique De France, is working at EDF. You can't make this up.
During summer, 2012, in the former buildings of the power company EDF in Valenciennes, Kriss (who had fitted out a rehearsal place there) recorded an album with Jacques Duvall and Anne-Sophie Charron (alias LaFille).
About ten pieces inspired by the electronic avant-garde of the 80s (Suicide, Metal Urbain, Human League) are finalized on an abandoned desktop computer there.
The site is promised to destruction and the old computer is taken, either by a too diligent demolition worker, or by one of the numerous burglars attracted by the leaky window panes of the building in ruin.
Fatalists, the three members of the stillborn group say themselves that their association was not intended to survive to these uncertain times.
Each member overcomes the disappointment in his own way, farthest possible of their failed electronic trip. Kriss plays  old samba tunes on his guitar. Anne-So makes a child and plays small roles as comedienne. Jacques falls in a staircase and is hospitalized for a few months.
Two years later, Kriss spends an evening at a working colleague place who entrusts him to have got back on a secondhand trade a relegated computer reminding him those whom their employer put formerly at their disposal.
Without daring to believe in it, Kriss asks to see the device.
And there, among the supernaturally protected obsolete files, re-appears the album disappeared from Electronique De France!
Here is thus the sound recording novelty which, for the three authors, already has in a way a value of collector's item."

Physical and digital release on the 24th of October 2014.

A nice video from L'écran directed by Belgian Béatrice Guenet: 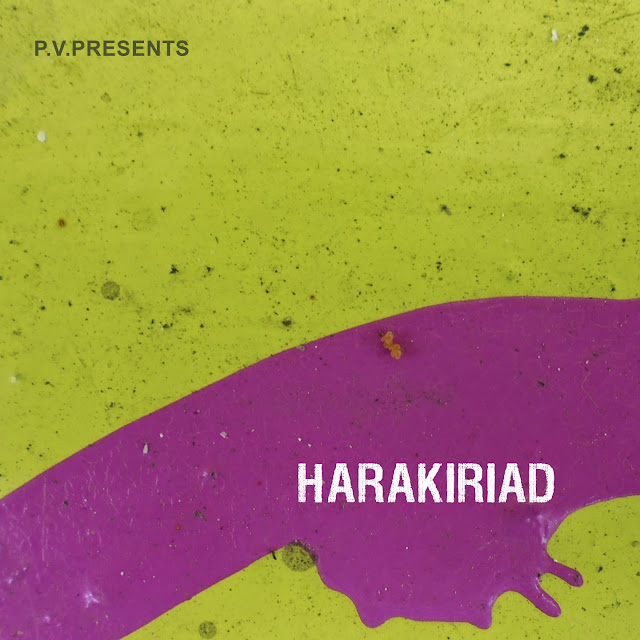 A few months ago, driving with Pierre Vervloesem, the onboard music player spitted one of the most radical cover of Sign of the times from Prince I ever listened. Asking Pierre who it was, he suddenly remembered about the Harakiriad project he took part back in 2005.
Days later, I received a set of the most curious, frantic, thrilling, exhilarating, obnoxious songs I encountered in months! Finally here after all this time for your pleasure!

Harakiriad is the strange dream of one man, Alain VDS aka HK, who self isolated himself for one week in a mini studio, invited girls singers founded via internet and a bunch of musicians ( Pierre Vervloesem, Didier Fontaine, Manu Ribot aka Claude Zac...) encountered via his taxi job. The result is an astonishing piece of obscure and/or really pop songs, with a touch of funk and some abstract sounds.
The words and at times the music itself are a parody of what was happening then in 2005 and tend to depict life and the world with very sad and black humour...
Probably the most humorous lyrics on Off for a long time... Quite typically Belgian, with a splash of British one as well! Enjoy!

And some pics of the original cover, lay in and out, members of the recording sessions then and now: 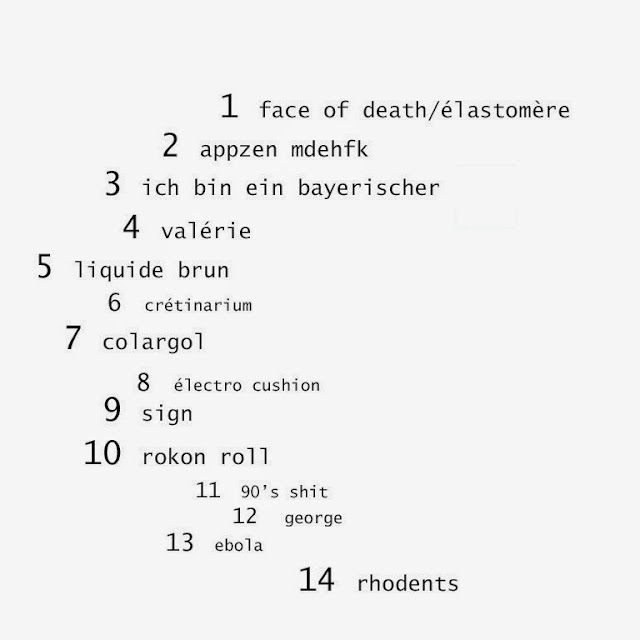 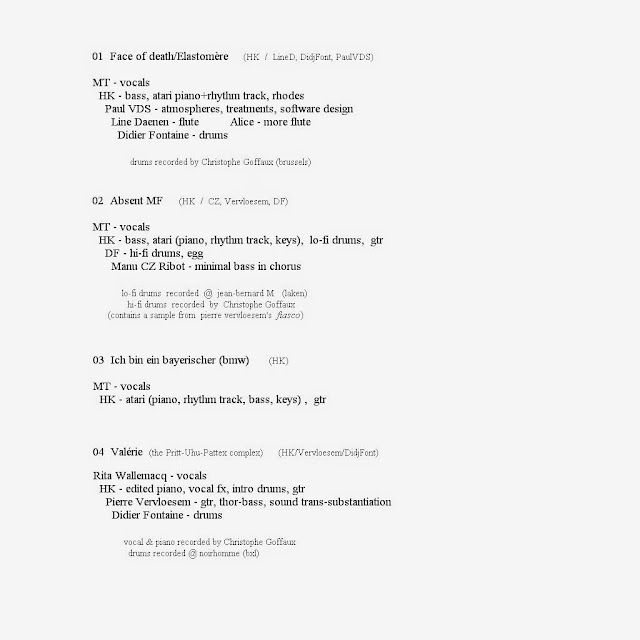 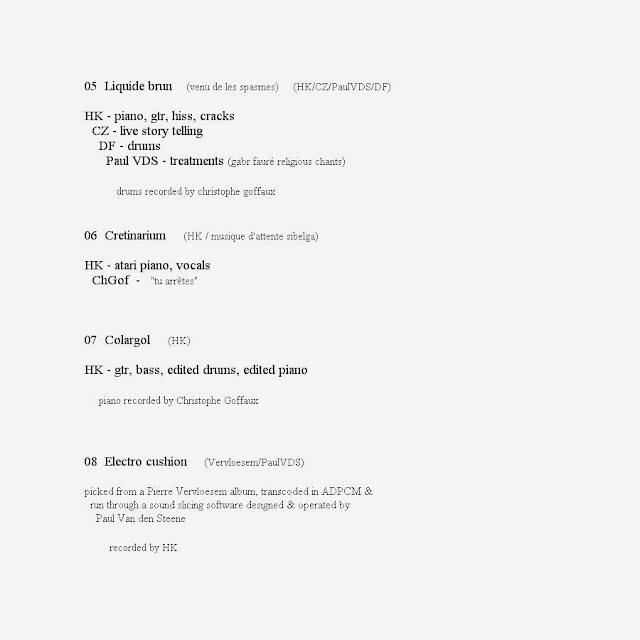 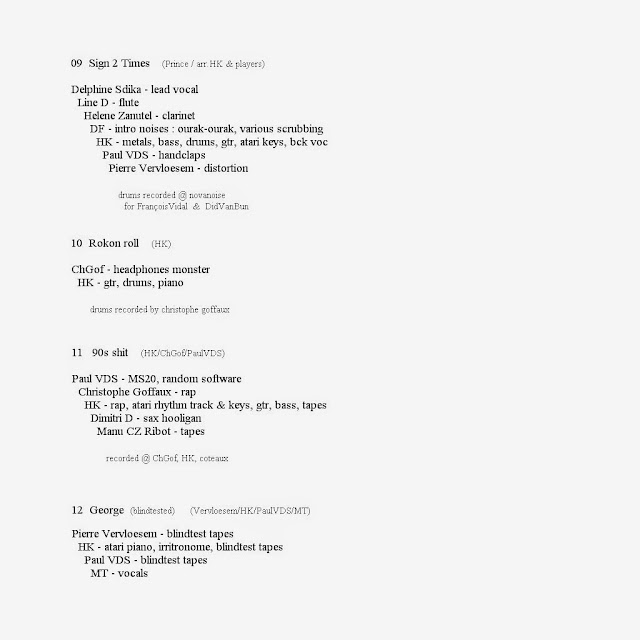 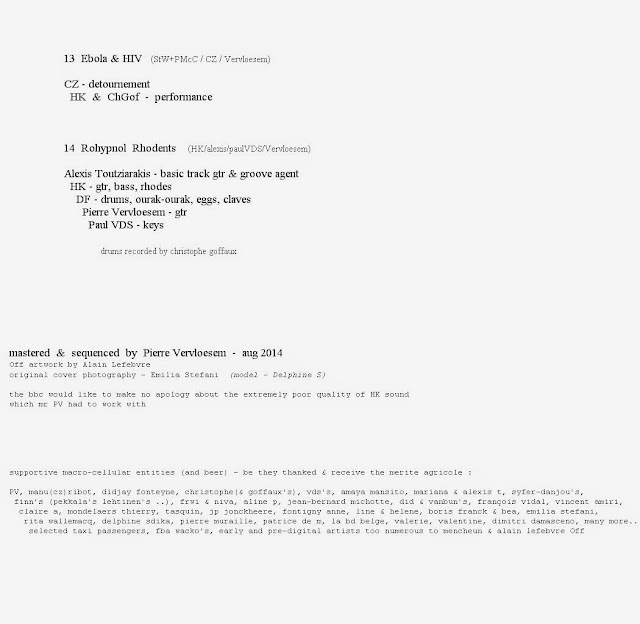 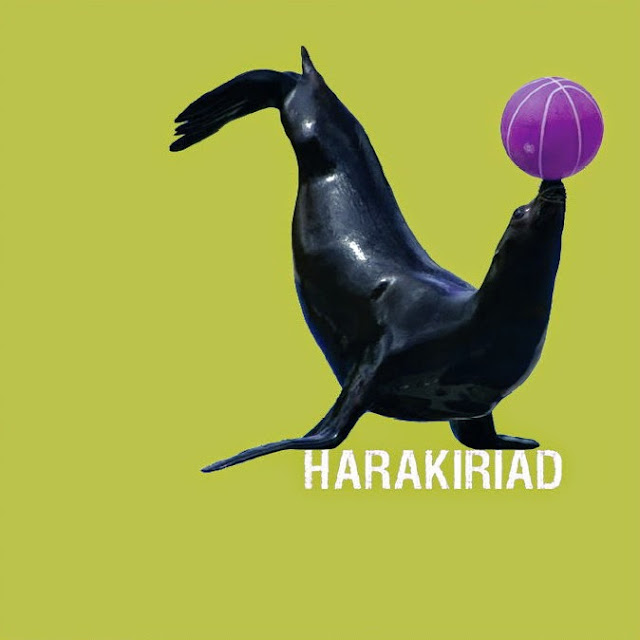 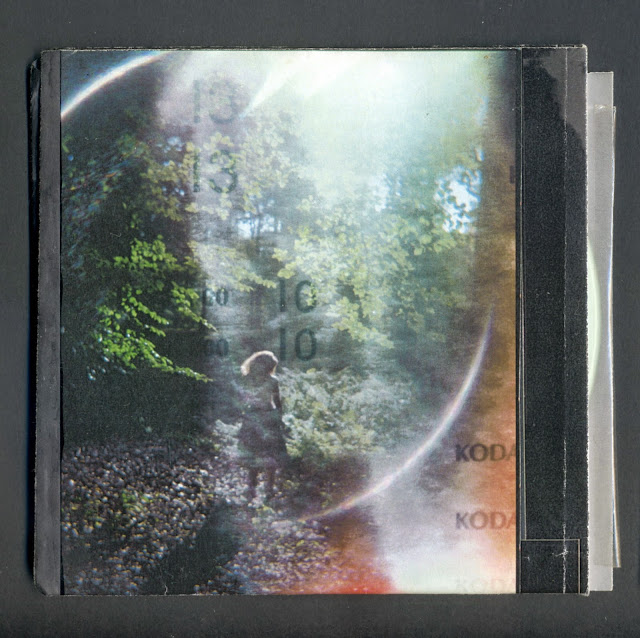 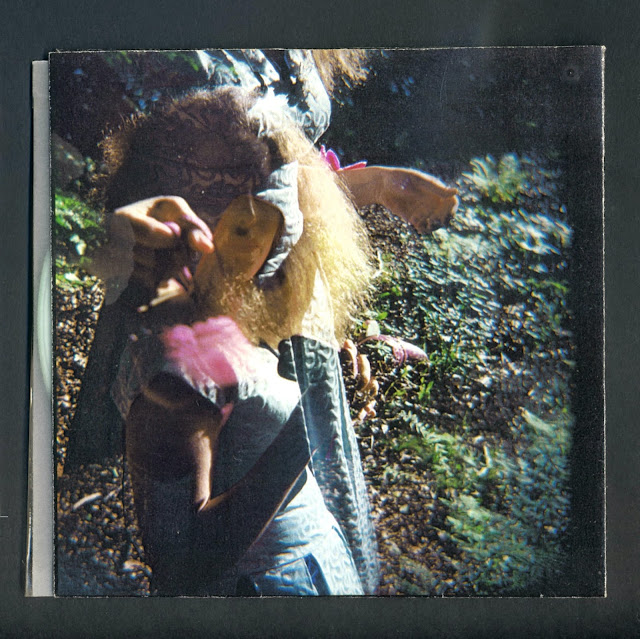 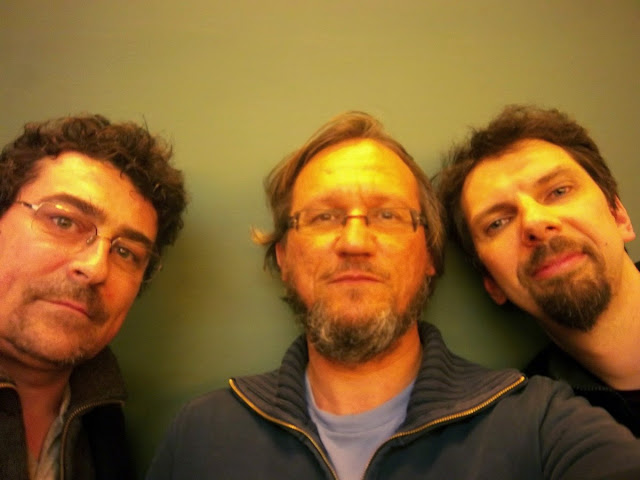 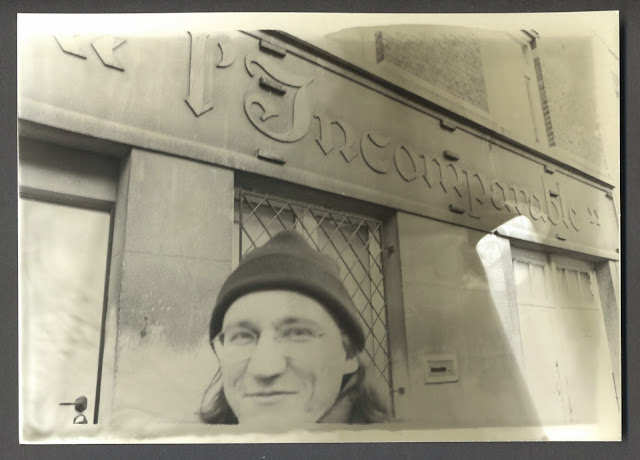 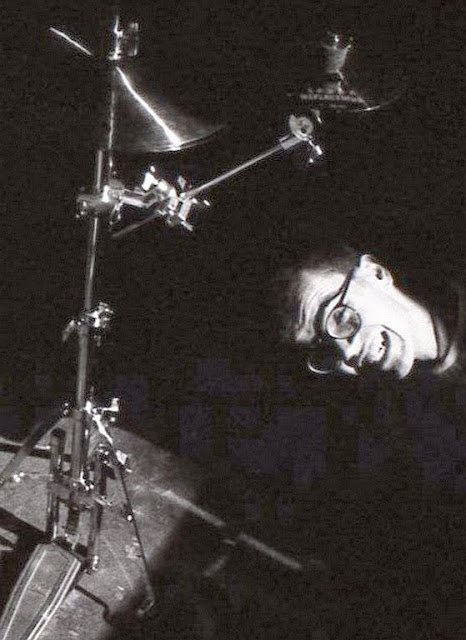 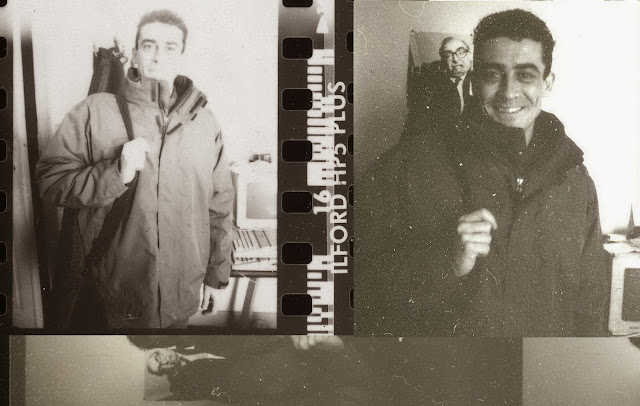 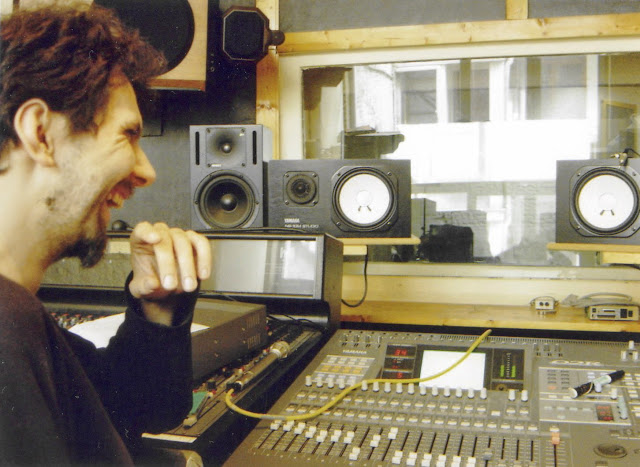 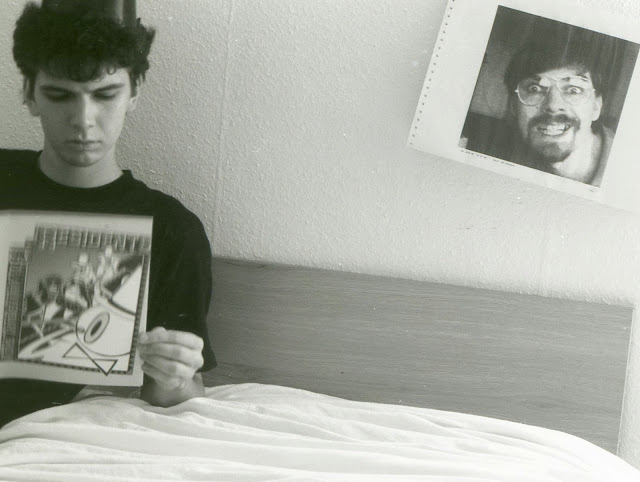 Digital release on the P.V. Presents-Digital only series on the 13th of October 2014. 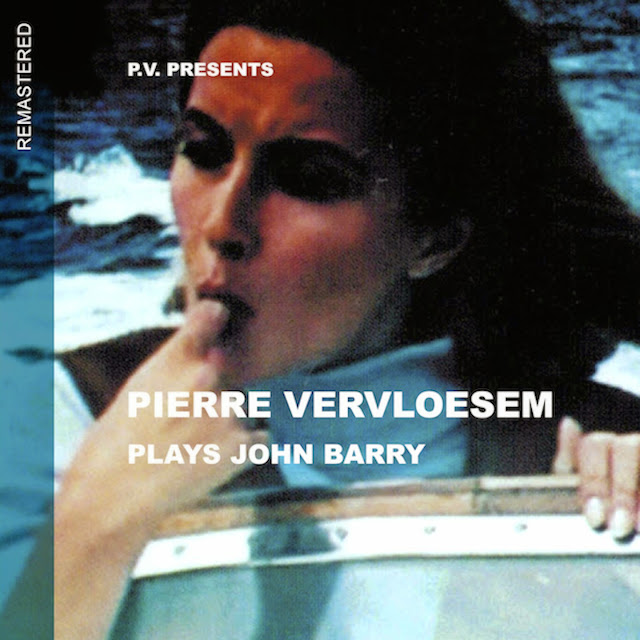 Fifth in a chronological series of 11 digital only remastered releases (6 solo (5 augmented with bonuses, lives and remixes), 1 duo, 1 unreleased duo and 3 pots-pourris (with absolutely every tunes possible ever recorded by Pierre and never released)) and coming at the pace of one every month is the fabulous fourth solo album from Pierre Vervloesem: Pierre Vervloesem Plays John Barry (2002).


One of Vervloesem's main influences is revealed by a song on the 1994 release Home Made, consisting of one minute of silence in memory of Frank Zappa. But tellingly, the same album also contains a cover of John Barry's composition Ski chase, from the soundtrack of the James Bond film On her Majesty's Secret Service. In 2002, Vervloesem would finally release an entire album of John Barry covers.


Review by Dave Linch in All Music:
"Pierre Vervloesem tends to pile on the overdubs and studio manipulations, but the former X-Legged Sally guitarist is able to avoid bombastic overkill thanks to his impressive chops, startling arrangements, and wacky sense of humor. The Belgian axeman is a perfect candidate for interpreting the music of John Barry; Vervloesem recognizes that Barry's soundtracks are best approached by walking a fine line between compelling and camp. So, with tongue in cheek (and, as the front cover photo depicts, finger in mouth?) but with all due respect, Vervloesem and his company of avant-proggers tackle such gems as "Body Heat," "The Ipcress File," and, of course, a smattering of James Bond material. Worth the price of admission for perhaps the oddest version of "You Only Live Twice" ever made available for home listening (the vocal treatments suggest a very drunken chipmunk), Plays John Barry saves the best for last: the pounding medieval march of "Lion in Winter," complete with dizzying electronic effects, deep throbbing bass, ominous Latin chanting from Thierry Mondelaers, and Vervloesm's howling army of guitars. Elsewhere, Vervloesem's playing and arranging invite comparison to influences ranging from Dick Dale to Fred Frith and (of course) Frank Zappa, but the music remains 100 percent John Barry. It's a testament to Vervloesem's skill that he is able to capture the essence of Barry, finding both humor and drama in this classic soundtrack material without ever sinking to the level of mere parody." 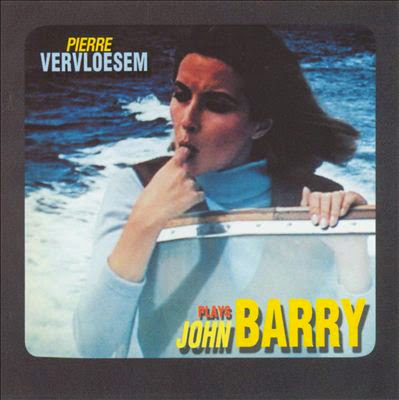 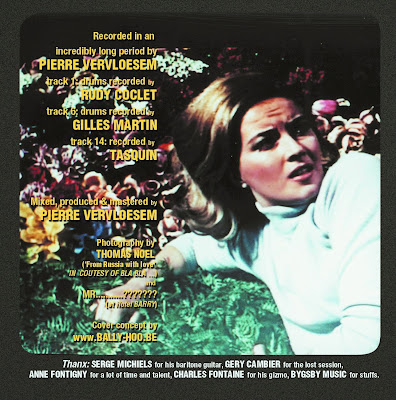 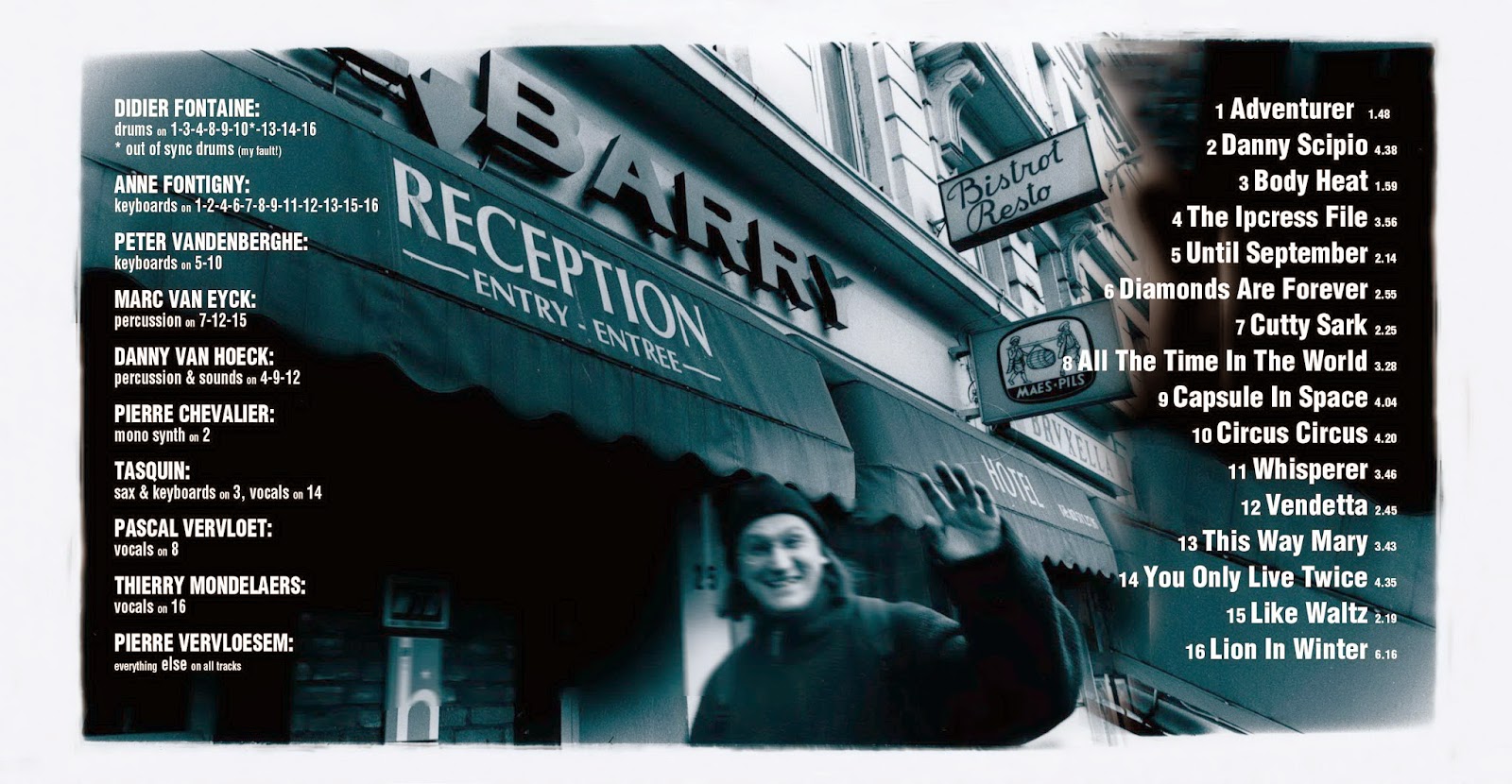 And Pierre at the time of the recording: 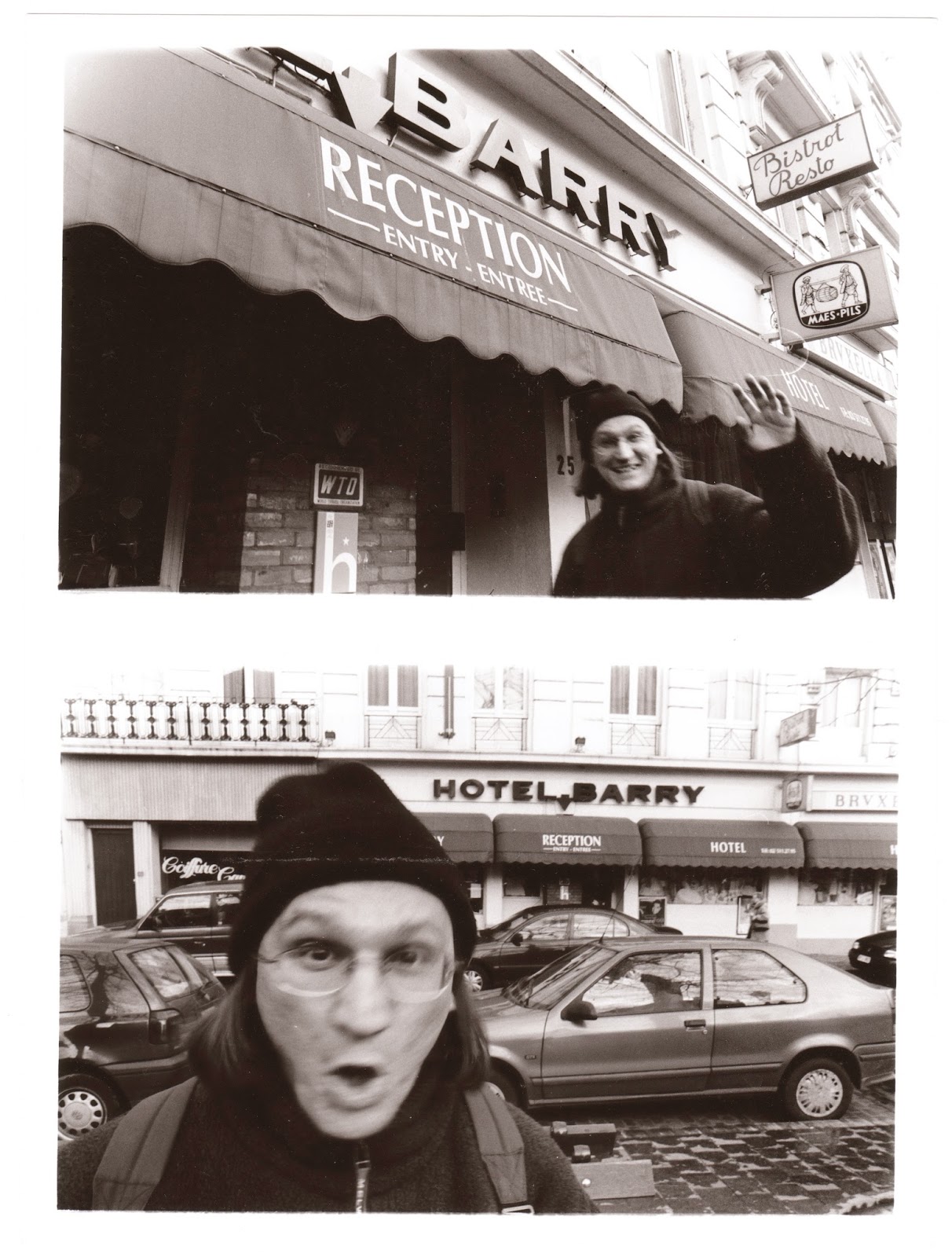 Digital only release on the third of October 2014.