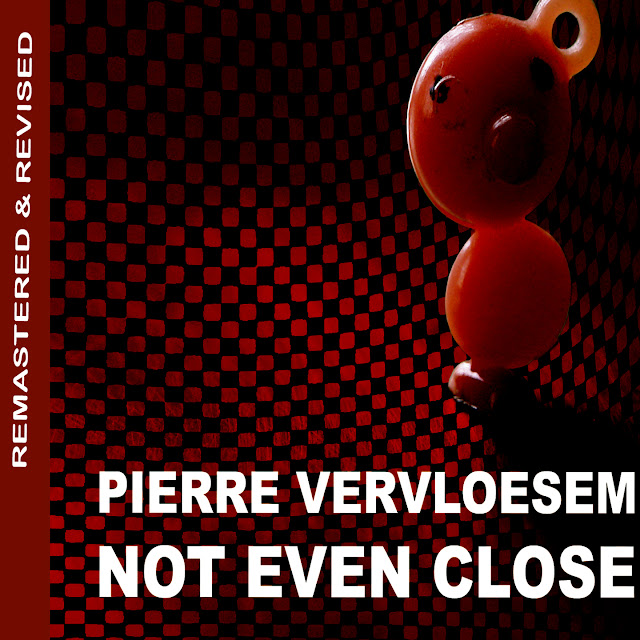 Original cover art by Kiekebix - remodelled by A.L.
OVD056 : Pierre Vervloesem / Not Even Close - Remastered and revised 2021
What Pierre says about the album:
'14 tracks originally composed or recomposed for a production ‘Peter Vermeersch (Flat Earth Society)/ Josse De Pauw’ in which I was invited to participate in the same way as in "Weg" another ‘Vermeersch/Vervloesem/De Pauw production’.
But once the production started, I was told by Mr. Vermeersch that all the music had already been composed by himself and that there was therefore only a place for me as a musician within the orchestra.
So I obviously declined my participation and transformed these little pieces into more or less electronic things since it costed nothing.
Hence the title "Not Even Close » (from the original intention)! Originally released in 2008, here they are refreshed with the technical possibilities of 2021 with also an added bonus track.'
Digital release on the 25th of March 2022.
Track listing:
1: Burba Bubba 2021
2: Das mädchen in jeans 2021
3: Roaccutane 2021
4: Nishi guchi no Chugoku no Yadayajin tachi 2021
5: Compulsory dance 2021
6: Pas mal pour une éléphante défunte 2021
7: Evenly dead in Brazil 2021
8: Luis Luis 2021
9: Martino 2021
10: Abitur 2021
11: Imparate a guidare, massa di teste di cazzo 2021
12: The Bach formula 2021
13: 400 personnes 2021
14: I was a teenage Z 2021
15: Once Again Disturbing 2021 - Bonus track
And on Bandcamp:
Original cd on sale:
Posted by Off - Record label at 09:11:00 No comments: 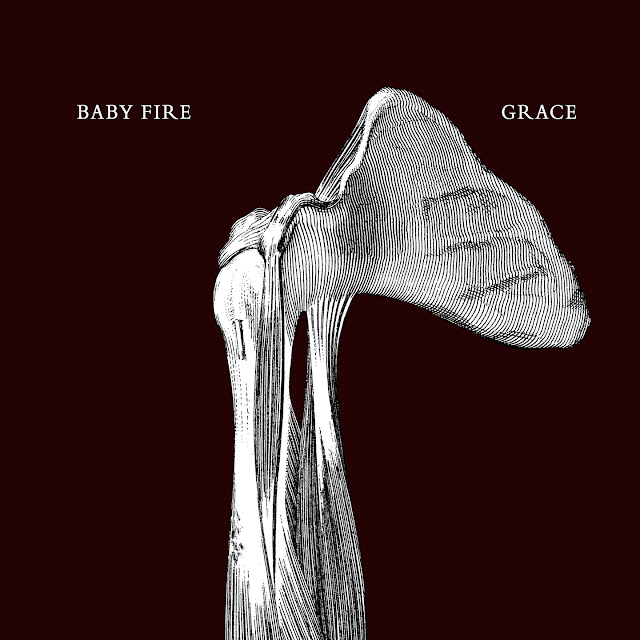 Emerging from the back alleys of the Brussels alternative scene, Baby Fire (see also  OCD018, OCD033, ODG070 and ODG120) is a trio defined by a rock style which is full of rage, haunted, powerful and refined.

Body and soul of the project, the guitar player, Dominique Van Cappellen-Waldock, grew up between London and the European capital. Music lover and avid record collector, she did the rounds of the hard rock circuit as well as the great bastions of punk such as the famous London Marquee Club. One evening at a concert in Brussels, she crossed paths with Ronnie James Dio, the emblematic voice of Rainbow and heavy metal culture hero. He listened to her first demo tape and encouraged her to keep singing.

Close to the aesthetic defended by artists such as P. J. Harvey, Shannon Wright or Carla Bozulich, Dominique began to shape her universe through contacts with personalities she met at venues in her own country and abroad. Among these are Eugene Robinson (Oxbow), Dana Schechter (Insect Ark, Swans) as well as Eve Libertine and Penny Rimbaud of Crass. In 2014 'The Red Robe' album came into being in the heart of Dial House, mythic headquarters of the British punk collective.

The artwork by Alice Smith is a reference to Dominique breaking her shoulder shortly before the ‘Grace’ recordings. Following this accident new songs and new themes emerged: the deconstruction and reconstruction of the self, and the search for grace. 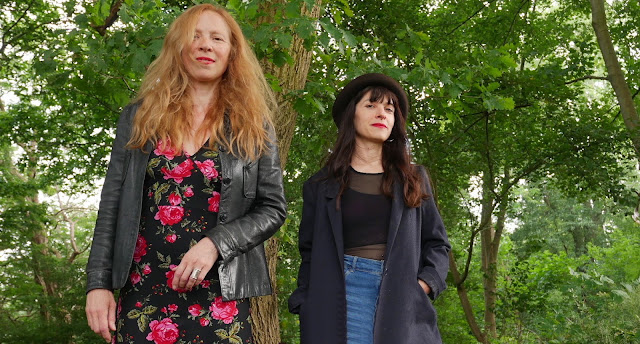 Dominique and Lucile - pics by Yves Collard
The beautiful video of 'A Spell':
A nice review in French here.
Digital release on the 18th of March 2022.
Track listing:
1: A Spell
2: Fleur de feu
3: Love
4: This Is a Love Song
5: Grace
6: Dance
7: Prayer
8: Sing in Brightness
9: Like William Blake
10: Eternal
Physical and digital on the Baby Fire Bandcamp!
https://babyfire.bandcamp.com
Posted by Off - Record label at 09:32:00 No comments: 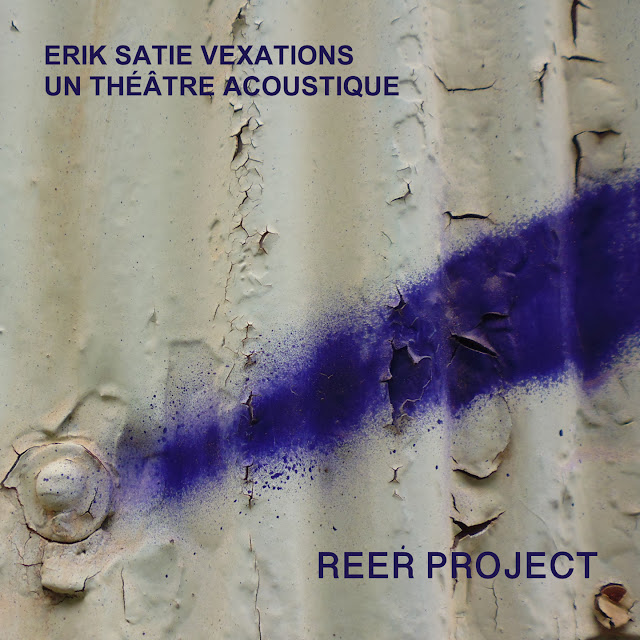 Cover art by A.L.
OUC038 : REER PROJECT / Erik Satie Vexations - Un Théâtre Acoustique
REER PROJECT was created with the intention to analyze artistic traditions, identify rules and patterns, question them, create new music without strings attached, move forward and explore boundaries.
REER PROJECT is a music duo founded in Berlin in 2021 by Esther Kretzinger and Georges-E. Schneider. Both musicians have their musical background in the classical music and pursued their individual careers as solo and chamber musicians for years after they had graduated from the renowned Mozarteum University Salzburg.
During this period they have been working together numerous times and got intensely in touch with contemporary and avantgarde music, visual arts, electronic music, fashion and different creative trends.
Esther and Georges launched numerous projects together over the past years, REER PROJECT being the latest one in the row.
Since 2020 they run their own music production company “Kulturhaltestelle” in Berlin.
REER PROJECT creates its music using voice, violin and computer as main instruments, adding different sound sources, samples, computer rhythms and analog effects to create a unique up-to-date sound experience.
What they say about their Vexations project:

"As musicians with a classical background, we have dealt with Erik Satie’s music numerous times over the past years. Satie as an artist is iconic for many musicians today and is considered as one of the pioneers of minimalism, many see an ancestor of ambient music in his music. But this is just one side of Satie and as we started to think about our contribution to this project, we agreed that we would like to dedicate ourselves to other sides of Satie’s highly versatile personality. Satie is not only to be associated with minimalism, Satie is also to be associated with nightlife entertainment, absurdism, dadaism and satire. According to certain sources, Satie could have meant Vexations as an ironic comment to Richard Wagner’s music, or even as a parody of the meaningless virtuosity of the perpetuum mobile genre.

In our version of vexations, we chose to condense contradictory musical elements and styles and layer them into a dense musical collage held together by Satie’s repetitive musical phrases. We used elements of avant-garde, jazz, techno and electroacoustic music, sometime disassembling Satie’s original chords or re contextualising them into new harmonies. This resulted in a piece of extreme contrasts between extremely fragile lines - especially in the voice - and jarring accumulations of sound. To create a special atmosphere, the voice makes uses of breath as an important element of expression beneath digital sound processing. The violin sound runs through several analog and digital effect chains at the same time, which process the sound simultaneously in different ways and at the same time interact with each other. We also had the idea to integrate the bombastic language of Satie’s publications for the “Metropolitan Church of Art of Jesus the Conductor”, a one-man sect Satie had created, into the piece. Satie supposedly composed Vexations in the same period in which he created his one-man sect and we found quotes related to this one-man sect to be a necessary artistic paraphrase of Satie’s affinity for satire and absurdism." 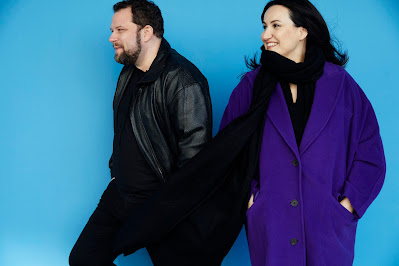 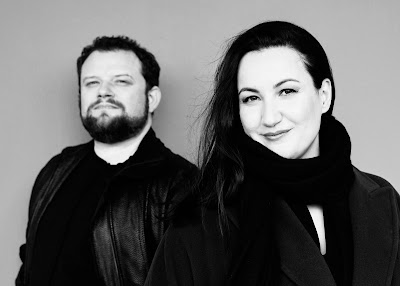 Pics by Gregor Hohenberg
See also the 'Erik Satie Vexations' series on Off.
Digital release on the 11th of March 2022.
Track listing:
1: Vexations - Un Théâtre Acoustique
And on Bandcamp: 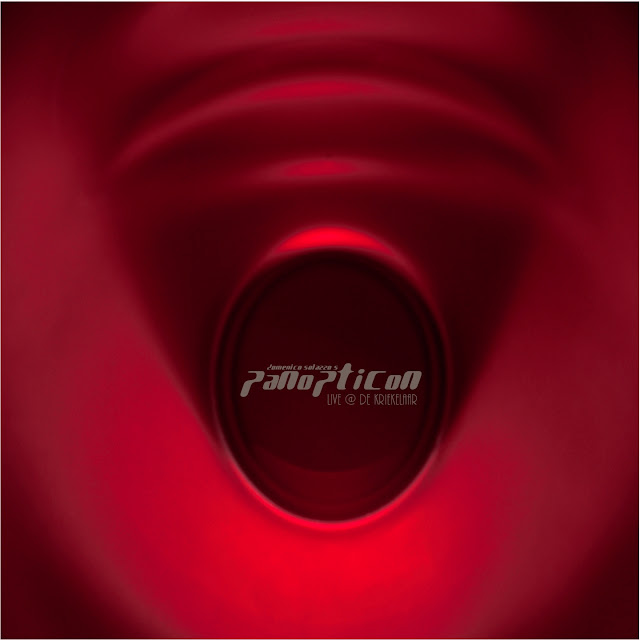 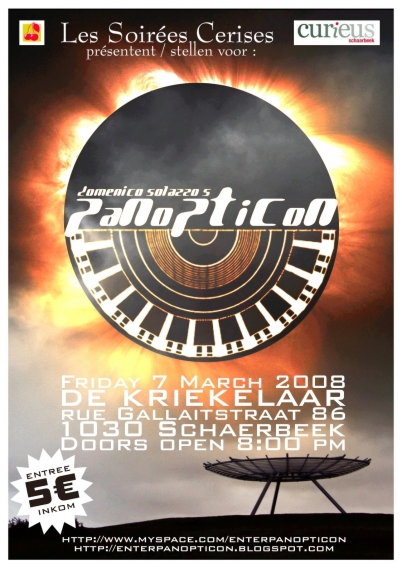