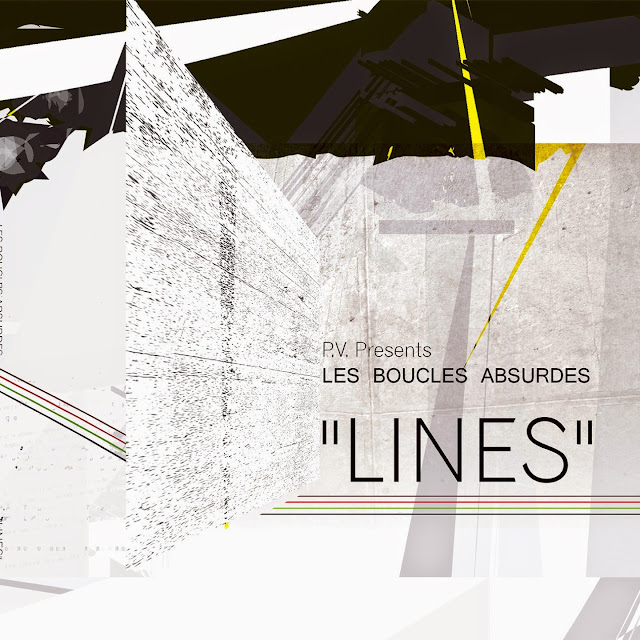 Following the release of their fantastic album 'Boîtes à Tartines' in 2013 (here), Les Boucles Absurdes is back with a digital release Ep.
Jean-Pierre Jonckheere (here), master of the band, asked four renowned Belgian musicians to take a track or parts of it and gave them total freedom to reconstruct or remix it the way they wanted.
The result, depending of the mood of the musician, is four very different versions and variations of the music on the album.
The guest musicians are Seesayle (here), Pierre Vervloesem (here), Clémentine Collette aka DJ Clémix (here) and Gilles Mortiaux (here, here, here and here).
Digital only release at a bargain price on the 14th of April 2014.

A nice review (here) in United Mutations:
"The result is quite fascinating
Seesayle takes the mysterious approach. Subdued vocals and eastern elements make her contribution a perfect and impressive start.
Pierre Vervloesem continues with a (re)mix that adds powerful beats and enchanting guitar lines. Great.
Next up is Clémentine Collette (also know as DJ Clémix). This must be the club / dub version. A great beat with a fine bass line. Nice. Very nice.
The final 'Line' is drawn by Gilles Mortiaux. Gilles remix begins rather spooky and chaotic, and slowly turns into a rock song. Almost. Beautiful layers.
The funny thing is that these four different remixes and approaches fit together very well."