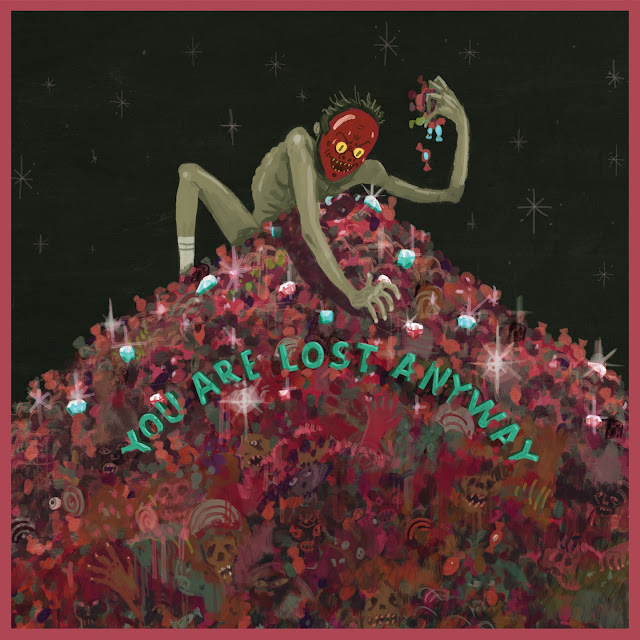 Cover art by Xaver Xylophon
OCD037 : Excessive Visage / You Are Lost Anyway
The band Excessive Visage was founded in June 2010 in Dresden by guitarist
Torsten Lang. He, the drummer Christoph Dehne and bass player Simon Preuß
earlier played together for several years in other projects. Soon Albrecht
Schumann joined the band as well. His excessive organ- and rhodes style
needed to be inserted in the group. Parallel to this Torsten played bass in
a post-rock group called P:HON. Their singer Larissa Blau also became a
part of Excessive Visage. They started off recording their first self titled
album through the following half year and in the course of this they
developed their sound and formed the songs until they were ripe for being
played life.
Next there was the release of the live session EP HFBK Sessions which was
recorded in the art school of Dresden and the second studio album Ruckus
Array.  The first single of this album was Time In-Depth.  For the animated
stop motion music video of this song Torsten and Larissa received a Berlin
Music Video Award in the category "Most Bizarre" and it was shown on
several film festivals across Europe.
After Ruckus Array the band separately released the song Protoempire with a
live session video played at Deutsches Theater Berlin. Then there happened
some changes in the band staffing. Rafael Espinoza, who previously played
in the band of Vernon D Hill and countless others became the new bass
player and brought in a fresh breeze with his incredible skills and
experience, just like a swiss army knife. Furthermore avant garde pianist
Rieko Okuda from Japan who is based in Berlin for some years now became the
new keyboard player to supply the wicked synthesizer variety, that was
necessary to perform the 3rd studio album You Are Lost Anyway live.
On this album the way of songwriting changed dramatically. Previously Torsten Lang
wrote the major part of the songs, some of the lyrics and produced the
records. Larissa wrote the major part of the lyrics. Not to be ignored: the
other members added a great share to the bands geeky style.
Then the process became more open in a rather unusual way. The band went to
the recording room and started tracking drums without any composition in
mind. Like this the structure of every song was determined by the
improvised drum arrangements of Christoph Dehne. Then bass, guitars and
keys were stacked upon this to form the composition. The lyrics were in the
first instance just very roughly written by Christoph, Simon, Albrecht,
Larissa and Torsten. This happened in very spontaneous sessions, attempting
the thought systems to just leak and well out. The outcome was then again
radically re sculpted and polished by Larissa and Torsten to form the final
lyrics. 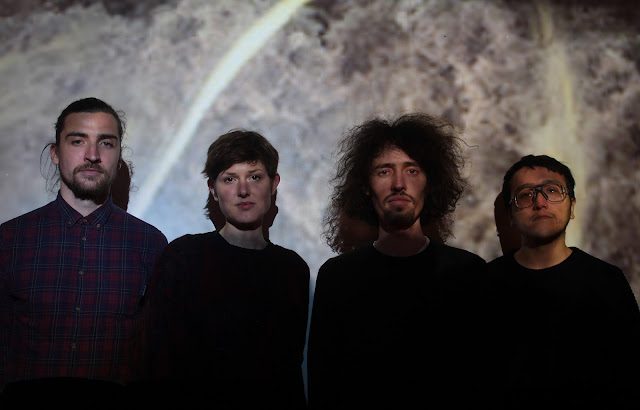 Excellent reviews in English in Disagreement.net here, and in German in Underdog Fanzine here.

Physical and digital release on the 27th of October 2017.

1: Dragged In
2: Verwöhnt Von Happiness
3: Supernova, Blackhole, Eternity and the Space
4: Ron
5: Buried in Gold
6: Nothing Nothing
7: Polished Eyes
8: Transfixed Reveria
On Bandcamp: