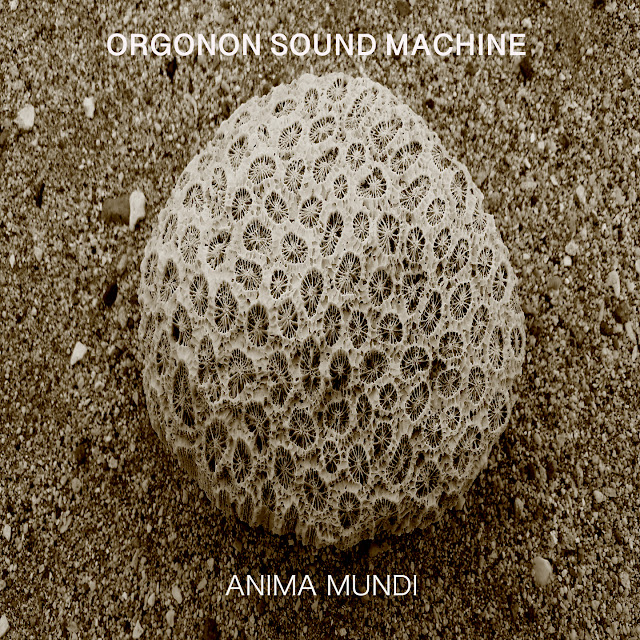 'Anima Mundi' music was composed in three acts on the loss of the Hermetic vitality of the world.
It was also written for an imaginary ballet if someone would like to dance on the music, with the idea of a mix between something like a clowning action and a "Butoh" ballet.
Salvatore is an Italian musician who used to play with the "Orchestra Vuota project" and is now the sole member of his new "Orgonon Sound Machine" project.

His Electronic style is an instinct bred from years of listening to act like John Cage, Stockhausen, Reich, Faust Harmonia, Cluster, Brian Eno etc...
With the 'Orgonon' project he tries to mediate the experimental side with the pop - and sometimes even dance - side, revisited and distorted to his likings.
He doesn't premeditate songs and projects.
His approach is playing and finding an instinctive way to explore.
Definitely organic and fascinating music!
Digital release on the 31st of March 2021.
Track listing:
1: Anima Mundi: I. The Souls Dividers
2: Anima Mundi: II. The Big Machines Ruins
3: Anima Mundi: III. The Quite Frolic Ones
And on Bandcamp:
Posted by Off - Record label at 09:59:00 No comments: 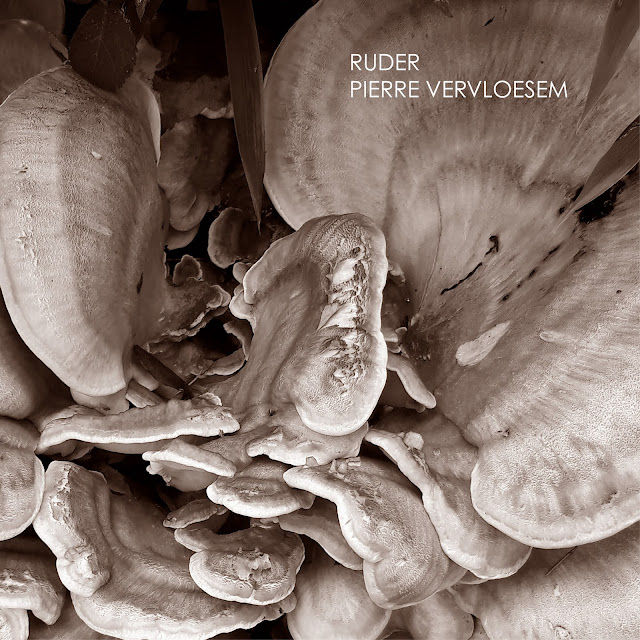 'Rude' was originally recorded in 2005 in one day and only after one rehearsal with unknown musicians met only that day by Pierre.

Ruder was recorded in the exact same tempo, only this time, due to Covid 19 and the extreme rudeness of the situation for musicians, there is no band...just Pierre!

7 ruder tracks then which demand a lot of courage to listen to as they are quite an experience and a journey. You'll be at the same time transported, energetic, questioning, open, closed, jumping, dancing and probably exhausted but thrilled and happy to have resisted till the end! 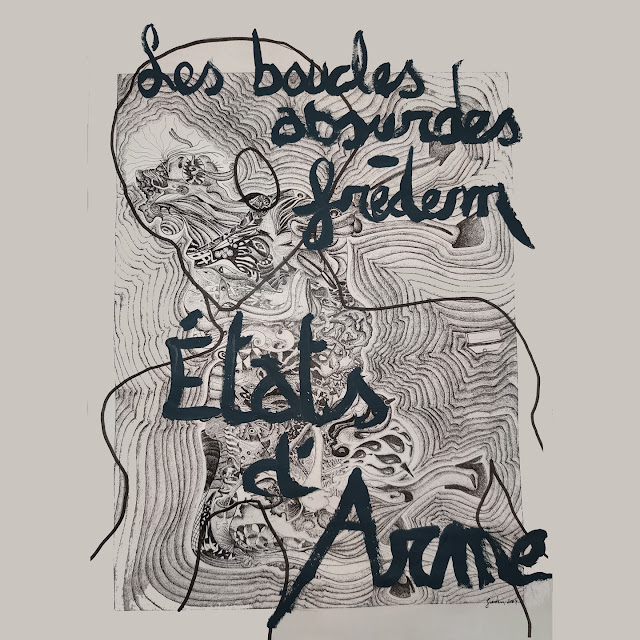 Les Boucles Absurdes is a duet act (with Pierre Vervloesem) or solo by Jean-Pierre Jonckheere (see OPV007, OPV010, OVD003, OVD018, OVD034 and OUW002). This time he is at the musical controls to support the lyrics of Freedom. Fredem is a visual artist draws and flutters in a maze of unusual, dramatic, funny, dreamlike alibis in order to engulf souls and eyes towards the abyss of the pleasure of unconsciousness. 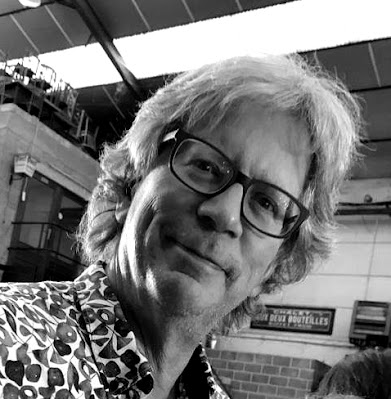 The richness of the mechanism of its labyrinths, organized, of meaning and emotions envelop in a gentle violence the relationship with creation.

Arrogant of exhibitionist pretexts, he dares to marry the absurd with life, death with poetry.

Sometimes a tightrope walker on a thread sutured with lace, he borrows a ballad of words, juggles transparently, deludes infinitely from the depths of his freedom.

His turbulent art is dripping with desire, to be seen and recognized. 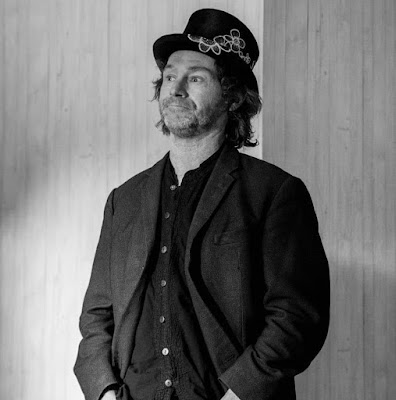 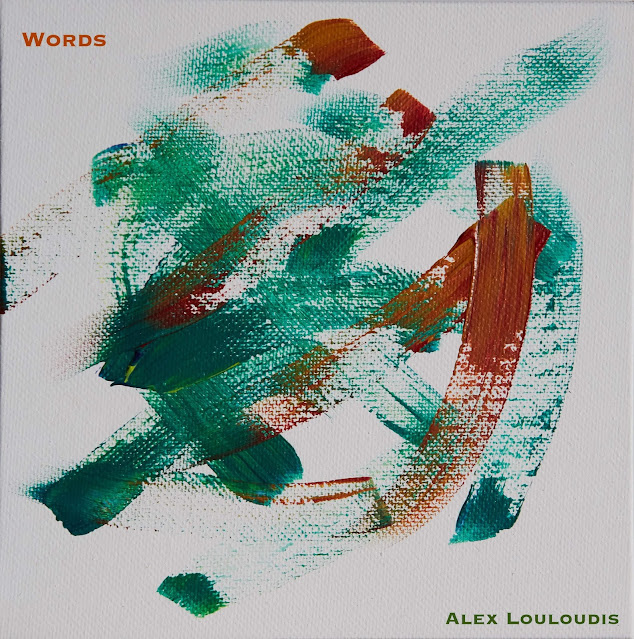 Alex Louloudis is a drummer in the field of free jazz and improvised music; a composer of contemporary and experimental music; and a percussionist in Afro-Cuban style music. He is a graduate from The New School for Jazz and Contemporary Music in New York City, has released two records and his work has been presented in various places all over the world, such as The Museum of Modern Art (MoMA) in NYC, Bern Jazz Festival in Switzerland, De Ruimte in Amsterdam. 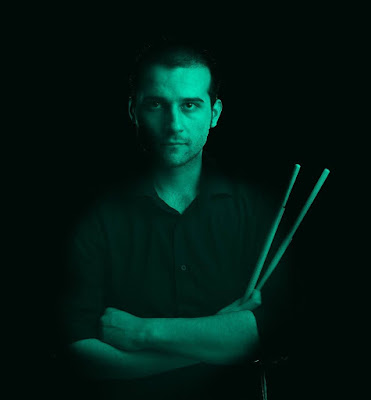 Alex
His new album was recorded in New-York with some of the best jazz musicians of the moment. Alex wrote the music and the words of the 2vocal tracks. The music is definitively contemporary jazz but with a some reminders of the classic era of musicians like Coltrane or Monk! Enjoy
Recorded at:
The studios at The New School University in NYC, on June 27th 2018.
Personnel:
Alex Louloudis- Drums
Rafael Statin- Tenor Saxophone
Dean Torrey- Bass
Rosdeli Marte- Vocals (#1, 6)
Kaelen Ghandhi- Tenor Saxophone (#1, 6)
Aaron Rubinstein- Guitar (#1, 6)
A raving review in Allaboutjazz HERE.
Digital release on the 12th of March 2021.
Track listing:
All music and words written by Alex Louloudis.
And on Bandcamp:
Posted by Off - Record label at 09:00:00 No comments: 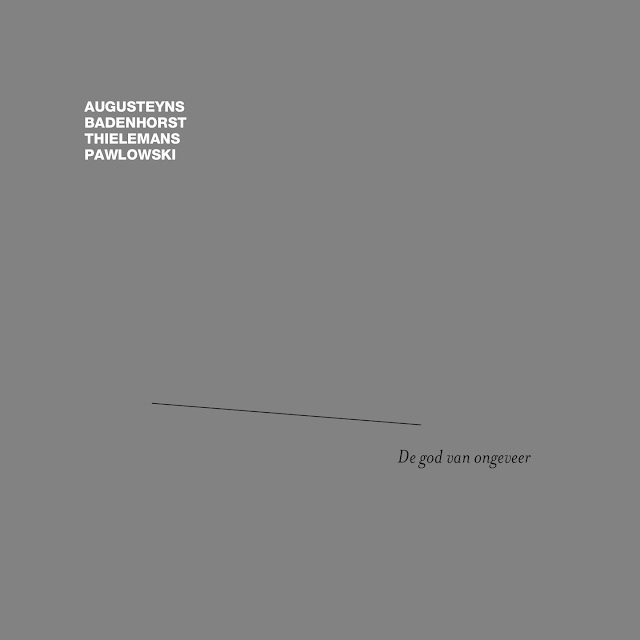 Jürgen Augusteyns (°Ghent, 1972) is a Belgian guitarist/composer coming from a pop and rock background and not being happy by the limitations he encountered, he chose to carve his own path.

Inspired by guitarists such as Loren Connors, Noël Akchoté en Brandon Seabrook but also musicians and bands by the likes of Glenn Branca, Oren Ambarchi, Hella en US Maple, to name a few, he is constantly searching to refine and redefine his own voice and music.
Either when improvising or composing, contingencies play a major role in his work.

On “De god van ongeveer” EP:
"Just like “Auch ich in Arkadien”, my first solo release, this record started with solo improvised guitar parts. Soon I realised I found the blueprints of the global arrangements and structures of the first two songs of this record.
Joachim and Eric both were quite an obvious choice for me to invite as collaborators, Joachim played on my first EP and both Eric and I were planning a duo-release but then Covid suddenly happened and we had to postpone.
Joachim Badenhorst is foremost known as a renowned jazz musician, but he really is so much more, it was ultimately his trademark Flemish vocals and scattered lyrics, trademark of his Zero Years Kid project that I was after for “Droom, droom, droom” and “Vinger bij vinger”.
Eric Thielemans is a genre-bending percussionist with a classically trained ear. He has worked his way via jazz drumming and free improvisation towards his own realms in music and performance.
For “Vinger bij vinger” I needed a relatively straightforward drum part for the loud section, but also a much more open, almost lyrical approach for the quiet section.
Knowing I can blindly trust them with anything, both got carte blanche.
Unfortunately, due to the lockdown happening at that time we were limited to a virtual collaboration, sending files over and back again to each other.
“Droom, droom, droom” was finished quite easily, but I wasn’t happy with how “Vinger bij vinger” turned out, which eventually led me to cutting the song up and having it start with the heavy section instead of the quiet one.
By the time both songs with Joachim’s vocals were almost done, I decided on continuing the album in Dutch.
I knew Mauro had worked with lyrics in our native tongue, so that, added with his unmistakable recognizable surrealism proved exactly what was needed.
I had that pop song with quite a Pet Shop Boys vibe to it, which I kept turning back to, but as it was it didn’t really fit in with both other tracks. Still I proposed that one, not knowing how it eventually would turn out. After Mauro’s haunting vocals were recorded, I still was unsure about the vibe. All was there, all was into place, but still it didn’t work.
That was, until I decided to mute all instruments and play along the vocal lines with a drone synth, and that’s how “De god van ongeveer” took it’s definitive form..
“Binair gedicht” also started with an improvised guitar part on which I added Mellotron, Casio and more glitch guitars. For the vocals, I sampled my own voice (one - zero) and played a binary transformation of a poem on a keyboard. Initially this song was to be a hidden/bonus track, but eventually I decided to include it as a full fledged one." 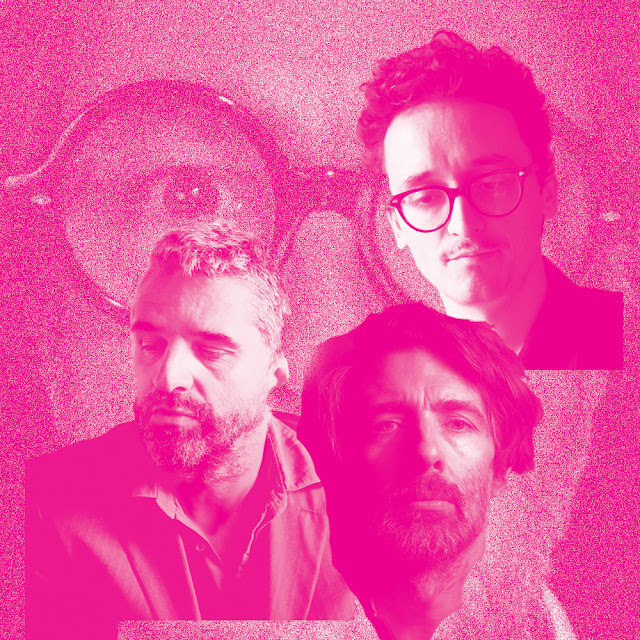