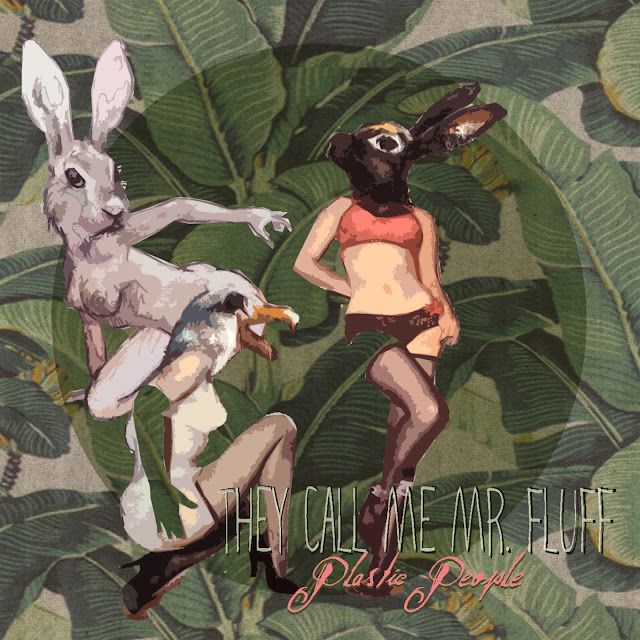 'They Call Me Mr. Fluff' is a one-year-old instrumental trio with two guitars, drums, occasional synthezisers and samples.
With Londerzeel (situated between Brussels and Antwerp) as operating base, they tend to play some kind of kick-ass progressive violent electro-rock from outer space named zombie-beat, with an appetite for odd rhythms in unusual time signatures and complex but stunning harmonies. Nothing is unimaginable for these guys.
During the summer of 2013 they recorded their first EP 'Plastic People' at Pascal Snoeck's home studio in Ternat. The mixing and mastering was done by jedi master Pierre Vervloesem. The result makes us think of bands like 'Dub Trio' or 'Meshuggah', only differently.
Edger Van Rompaey : (bariton)guitar & synthesizers
Olivier Penu : drums & samples
Vitja Pauwels (also in Soldier Six, see OCD017 and  OCD030) : guitar & synthesizers