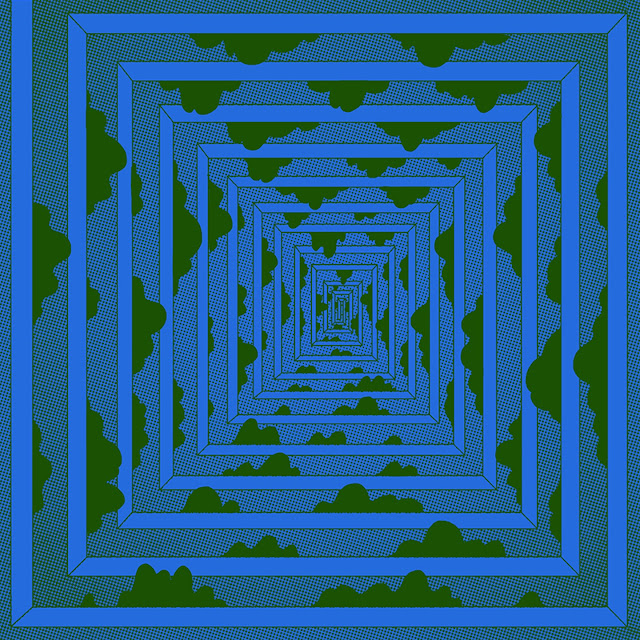 Ben Bertrand (see also ODG065 and OUC004) is armed with a bass clarinet and backed with sound effects, aiming in the direction of the contemporary classical section of your record collection.
Dreamlike compositions that take you to his warm and minimal world.
In the musical sauna, Ben Bertrand sits in between Gavin Bryars and Jon Hassell.

For ‘les albums claus’, Ben Bertrand made 5 compositions overflowing in a musical crescendo, unfolding it’s character and talent in an unified primitive/futuristic sound combining features of world ethnic styles with advanced electronic techniques.
Ben Bertrand was influenced by fellow minimalists such as Steve Reich and Terry Riley, and in his work, he combines simple musical patterns, offset in time, to create a slowly shifting, cohesive whole.
He makes use of his clarinet - effects and loop pedals - to construct modal, hypnotic grooves, over which he plays microtonally-inflected clarinet phrases. The use of loops
permits to phase patterns on which simple and audible processes let him explore musical concepts. Rich harmonies are built, always increasing in density, before the whole thing gradually fades out leading the auditor back on earth.

a nice review in Vital weekly :
"Les Ateliers Claus in Brussels is a fine space to see exciting concerts... Bertrand’s
music is not as loopy or bouncy as the early works of the American pioneers. In the five pieces on this album Bertrand is more interested in playing a mellow tune, more ambient and the comparisons made by the label to Jon Hassell and Gavin Bryars make in that respect quite some sense. The bass clarinet is not always easy to recognize here; most clearly it sings in ‘V380 Orionis’, with some nice melody played over a repeating phrase. In ‘Sanctus Hubble’ the bass clarinet is introspective and the loops is kept simple. In the three other pieces the clarinet sound is much obscured by these effects and it becomes a bit blurred but in a very pleasant way. This is some truly fine minimal ambient music...
Hopefully there will be a follow-up album soon then! (FdW)".

The album was also part of the ninth MOJO playlist of 2018 along with new records of Brian Eno and Jim O'rourke ! 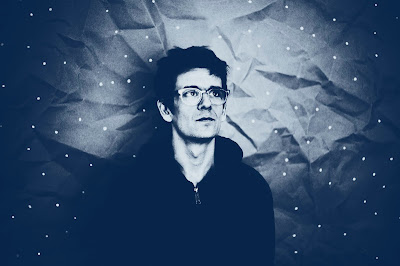 This debut album comes out on vinyl and cd in a limited edition of 300
copies on the Les albums Claus label, cat lac011.
All compositions are made and played by Ben Bertrand solo.
The design has been made by Dutch graphic designer Zeloot (New Yorker, DeMorgen, VrijNederland) and has been silkscreened.

A video for 'Malkauns on Kitt Peak':