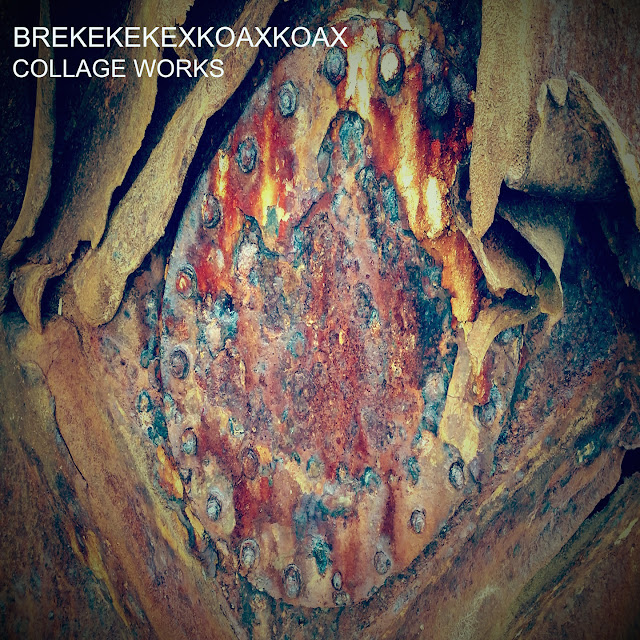 Second release on Off after the fabulous ' Fuck Yeah There Will Be Lemurs' (see ODG075).


Brekekekexkoaxkoax since 1996 has been a sound project by Austin-based artist Josh Ronsen that moves between instrumental, collaborative improvisations and solo
electro-acoustic compositions.
Video projections and performance art have also been conducted under this name.
There is no common thread of reason which links all Brekekekexkoaxkoax events.
Instead, each one opens new methods of creativity, exploring new modes of internal (unconscious?) desire.

This is how Josh describes the three tracks from the album:

Inspired by the works of the Hafler Trio, in 1996 I set out to create a collage work based on a new way (for me) of organizing sound on a four track recorder. At the end of each recorded sound, a split second decision would be made as to the next sound or method. I tried not to think of how one typically chooses sounds, but rather to grasp at the first thing that came to mind. This is the only time I have ever used this method.

“I've Forgotten All Your Names”

This collage piece is similar to many of my electro-acoustic works, in that it is a collage of various layers, usually of drones transformed from acoustic instruments, but typically melded in a simmering cauldron of ad-hoc, searching choices. For this piece I knew it was going to be based on recordings of Laura Brackney practicing on gamelan instruments, and recordings made on Alex Keller's
synthesizers. It then becomes a careful weighing of sound qualities
with countless adjustments and further processing to each element; the reverse of a puzzle box where we look for the one way the pieces fit together.

Using mostly stolen samples from musicians around the world, a unified whole was attempted out of specifically Jewish and goyish music. Rarely do I use sampled material, besides spoken text, that is so easily recognizable as to the source.
The use of popular music is also an odd experimentation.

1: The Erred
2: I've Forgotten All Your Names
3: On Education