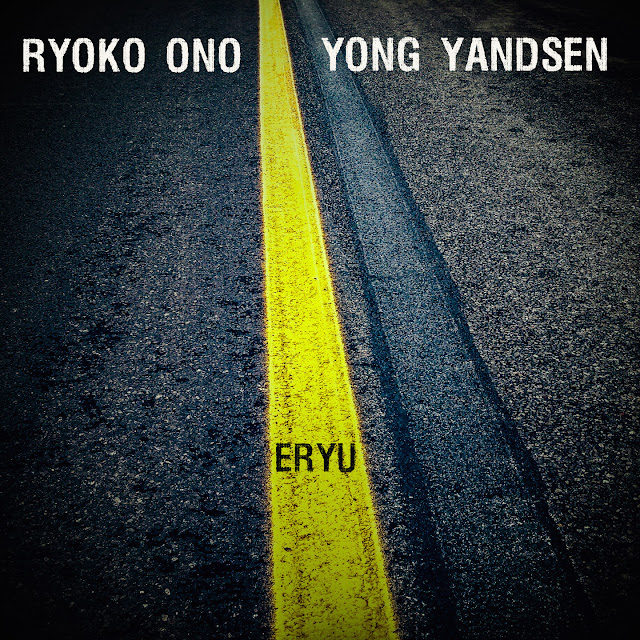 
A duo of saxes from Japanese maestro Ryoko Ono from the cult and world famous band Ruins and Yong Yandsen, one of the most prolific musician from Kuala Lumpur, Malaysia who's a member Emacm / SiCKL, collectives promoting avant-garde and experimental music and expressions in Malaysia.
Their first encounter playing as a duo was the 30th April 2017 in Kuala Lumpur. The duo was loud, energetic and colourful.
After the concert they decided to do a recording session and it took almost a year to finally record this album. The recording session was fun and full of surprises.
This album was recorded and mixed at Nagoya 246 studio by Ryoko Ono.
6 improvised tracks and a world of breathing, blowing, subtle intonations...

Yong Yandsen 杨延升 (Tenor sax), Ryoko Ono 小埜涼子 (Alto sax)Yong Yandsen is a leading figure on the Malaysian free improvising scene. He has made a name of himself in Southeast Asia and lately in Europe.
Yandsen runs the Lao Ban record label and also the concert series SPIL.
He is energetic, dynamic and highly versatile saxophone player with a playful and unafraid attitude towards music making.

Ryoko Ono is a Japanese saxophonist, flutist, composer and recording artist specializing in improvised music and works for saxophone and electronics.
She plays in a wide range of genres, not only improvised music, but also blues, jazz, progressive rock, noise and avant-garde music.
Her way of playing is consistent throughout all these styles. It is solid, romantic inter-play. Ono leads her own group Ryochestra and is one half of SaxRuins with Yoshida Tatsuya. She has performed with Mick Barr, Richard Pinhas, Toshiji Mikawa, Kazutoki Umezu, Akira Sakata and many others. 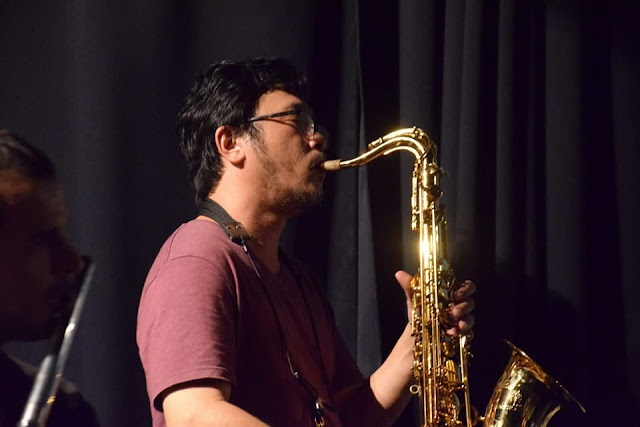 Track listing (all tracks: Ryoko Ono on the right side and Yong Yandsen on the left side) :