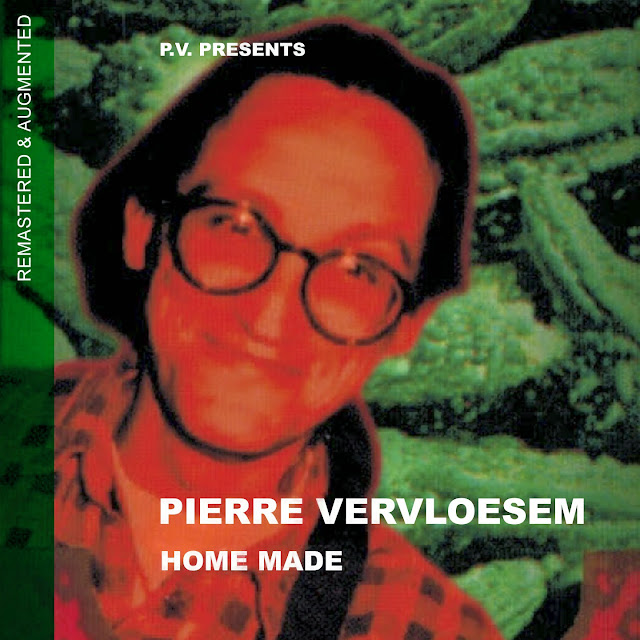 First in a chronological series of 11 digital only remastered releases (6 solo (5 augmented with bonuses, lives and remixes), 1 duo, 1 unreleased duo and 3 pots-pourris (with absolutely every tunes possible ever recorded by Pierre and never released)) and coming at the pace of one every month is the fabulous first solo album from Pierre Vervloesem: Home Made ( 1994).

The album has been remasterd and augmented with no less than 11 bonuses and demo songs.

For his first solo album, crazed Belgian guitarist Pierre Vervloesem (bio) got together with bassist Paul Belgrado and a home eight-track recorder in late March of 1994. A couple weeks later, they emerged with Home Made, and whether Vervloesem still had friendly relations with his neighbors probably depends on whether they plugged their instruments directly into the line inputs or whether they sometimes used amplifiers that blasted out into the room. It's hard to image that they were able to keep the volume down to zero at least some of the time on this often blisteringly high-energy outing, particularly when Vervloesem and Belgrado's bandmates from X-Legged Sally were invited over to contribute sax, clarinet, trumpet, and piano (not to mention Luc Henriet's "human chicken") on "Bon Courage." At least they had the good sense to record the drummers in a studio. As for the final product, Vervloesem almost has more ideas than he can comfortably manage on Home Made's 20 tracks. He is a master of electric guitar technique and all the ways the instrument can be sonically manipulated with technological gadgetry; Vervloesem also has a finely tuned ear for multi-track arrangements, at times overdubbing himself into, if not a guitar army, at least a fairly sizable battalion. He could be viewed as either an avant-prog guitarist with heavy metal guitar shredder leanings or vice versa; stylistically Vervloesem invites comparison to Doctor Nerve's Nick Didkovsky. The concise tunes here (all instrumentals) also reveal the influences of Frank Zappa (definitely a Vervloesem hero), Fred Frith (from his dance-oriented Gravity LP), guitar fire-breathers like Steve Vai and Joe Satriani, and, on "Le Fleuve," even a bit of Mike Oldfield's folk-prog leanings. Vervloesem loves to cut loose over pounding drum-and-bass vamps; he also throws in tight thematic arrangements, abrupt changes in tone and tempo, and scattered zany noises and effects, guitar-generated and otherwise. And he isn't above poking a bit of fun at the excesses of guitar pyrotechnics either, interrupting an extended shredding episode on "It's Back" with a voice that seems to be trying to get a word in edgewise before finally shouting "Stop!" Home Made isn't a stunningly original recording, at times seeming more like a catalog of influences than a strong personal statement. Nevertheless Vervloesem, Belgrado and friends sound like they had a blast recording it, and their energy and high spirits are captured quite effectively on the disc. For all the fun and games, the CD does end on a serious note, however -- the last track is a minute of silence, and its title is the date that Zappa died. 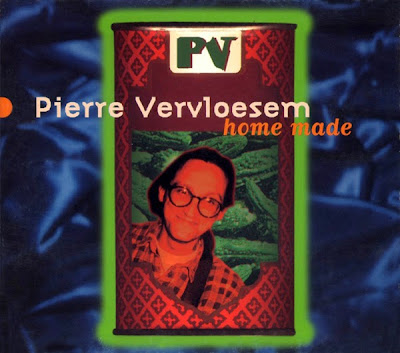 Bandcamp of the album with Anne Fontigny (only) - OVD004 bis:


And in Bandcamp (complete + 8 bonus tracks):