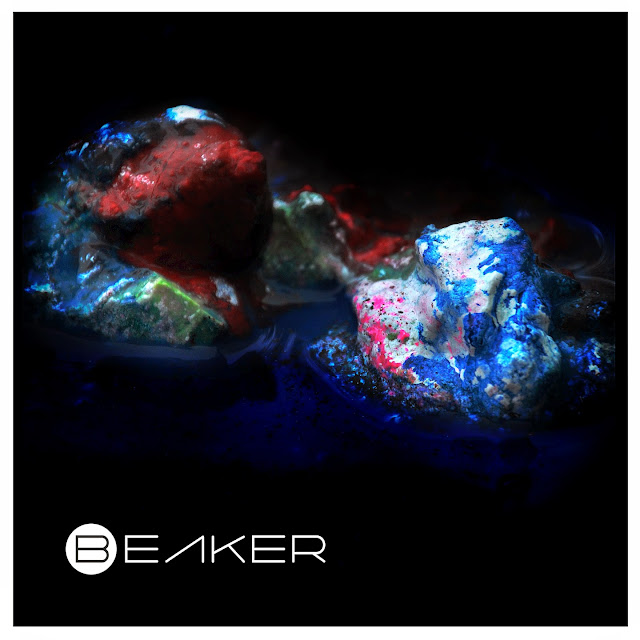 Beaker, saxophonist Alec Harper and electronic musician Tyler Gilmore, is a cross-continental collaboration between two performer/composers steeped in 21st century chamber music, improvisation, and experimental electronic music.  This debut EP was assembled upon a series of textural improvisations. The duo found themselves shifting between complex drones and distortion-heavy beat tracks, and within this dynamic Beaker found it's sound; a combination of uniquely textural improvisation and beat-based composition.
Tyler Gilmore is a composer, electronic musician, and recording engineer. He has worked with Cuong Vu, Jenny Hval, Ted Reichman, Matt Wilson, Anthony Coleman, Ron Miles, Ken Filiano, John Fedchock, and many others. He has recorded two albums with his ensemble Ninth and Lincoln, including Static Line. In addition, he has composed for projects with Small Dream Ada, vocalist Clare Wheeler, Beaker, and Chav with Kevin Abdella. He won the 2009 ASCAP/Columbia College Commission in Honor of Hank Jones and won the ASCAP Young Jazz Composer’s Award in 2008, 2009, and 2010. His music has been reviewed in DownBeat and performed internationally by groups including Jon Faddis’s Chicago Jazz Ensemble, the New England Conservatory Jazz Composer’s Orchestra, Bobby Watson and The UMKC Concert Jazz Ensemble, The University of Northern Colorado Jazz Band I, The Playground Ensemble, The Henry Mancini Institute Overture Orchestra, and others. His work is published by UNC Jazz Press and Minor Ninth Music. Tyler grew up in rural Wyoming, attended the University of Northern Colorado and the New England Conservatory, and is now based in Brooklyn, NY.

Alec Harper is a freelance saxophonist and teacher based in London. He graduated in 2012 with a First Class BMus (Hons) in Jazz Performance from the Guildhall School of Music and Drama (London). Alec recently returned from Boston USA where he spent a year studying at New England Conservatory. Alec's teachers include Jerry Bergonzi, Donny McCaslin, Jason Moran, Stan Sulzman and Mark Hanslip. Alec has been involved in the London jazz scene for some years now, performing with his own quartet and as a sideman at many venues including The Vortex, The Spice Of Life, Charlie Wrights and Olivers Jazz Bar. He also had extensive performance experience at Guildhall, including slots in the London Jazz Festival with the Guildhall Big Band, and concerts with the Southbank Sinfonia.

A nice review  by Joe Stoddart in London Jazz News here:
"Beaker is a collaboration between Brooklyn-based composer and electronic musician Tyler Gilmore and London-based saxophonist Alec Harper. Their debut EP is "assembled upon a series of textural improvisations," with eight tracks either called ‘Improv’ or ‘Song.’ It begins with the emphasis largely on the electronic side in the ambient soundscapes on Improv 1 and Improv 2, before Harper takes on more of a central role on Song 1 in which, as with the other ‘Song’ contributions, there is a shift towards a slightly more beat-orientated approach under a mixture of melodious and exploratary saxophone sounds.
I would strongly recommend listening to the whole EP as one piece of music but for me Song 2 provides the highlight of the record. A sparse, lurching beat provides the background for intermittent lush chords under saxophone textures before disappearing through delay and reverb into silence.Overall, the record is a successful starting point for the duo, giving a good impression of the pair’s sound and musical objectives."

Digital release only on the 12th of September 2014.

A nice video from Song 2: