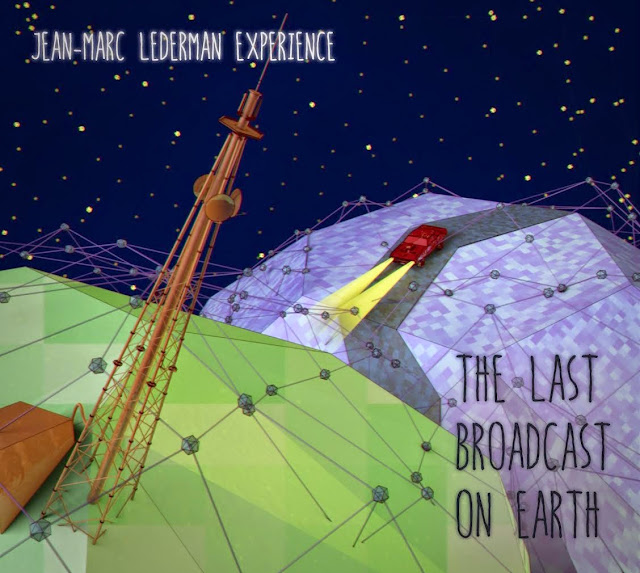 
The Last Broadcast on Earth is a concept album revolving around the possible last radio show on earth before...?

An intruiging music adventure unwraps in front of you in this multiplatform album em- bedded in a videogame.
3 questions:
Is this the latest day on Earth ?
Why is there only radio station broadcasting ?
What happens at the end of the night ?

From Julianne Regan to Arianna Froxeanne, from Tom Shear, Jay Aston to Frank M. Spinath, from Japan to the USA and Italy or India, 13 singers from 8 different countries gather around a mysterious project involving you, driving at night on a deserted road and listening to the only radio on air...
This multisensorial experience will come out first as a free videogame and a website, both
main part where an idea is spread over several platforms (IOS/Android/PC/MAc).

17 songs, more than 52 minutes of music recorded as a one track with radio calls, adverts and great songs by amazing singers.
A journey like no other that makes you want to return to listen to it like it really was the last broadcast on earth! 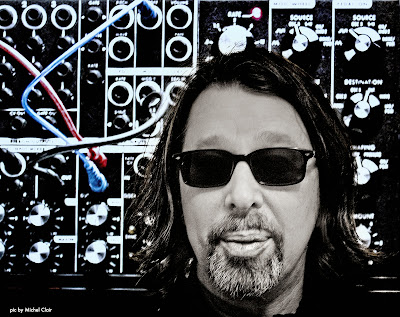 The digital release has been taken out of all platforms at the demand of Jean-Marc.
Physical release on the tenth of April 2015.
The cd is a limited edition of 300 copies.

Nice reviews already: here and here, in Idieyoudie here! And in German in MedienKonverter here and here in ElectroZine. And a 98 points on 100 in Peek-a-boo music magazine here! 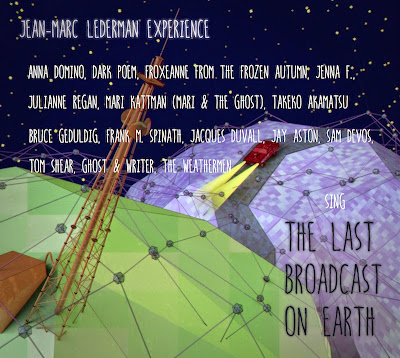 1/   Schau Mit Liebe with Frank M. Spinath
2a/ DJ Kling Klang intervention with Bertrand Burgalat
2b/ So Long with J.P. Aston
3/   The Last Love Song with Anna Domino
4/   Never Take Fire by Ghost & Writer
5/   The Reassuring Undertone with Sophie Drakenvleugels & Raya Schaduwjaagster
6/   L’amour c'est la mort with Jacques Duvall
7/   Funky Town
8/   “The Killing Woods”
9/   The Last Phone Call by The Weathermen
10/ Yumemite Aino (I Was Dreaming Of You) with Takeko Akamatsu
11/ No Regrets with Froxeanne
12/ Into My Arms with Jenna Fearon
13/ Wolves by Mari & The Ghost
14/ I Love You, Sandy with Tom Shear
15/ Good Night with Sam Devos
16/ Dreams Are All Faded Away with Julianne Regan
17/ Various weather reports

Some teasers and songs: