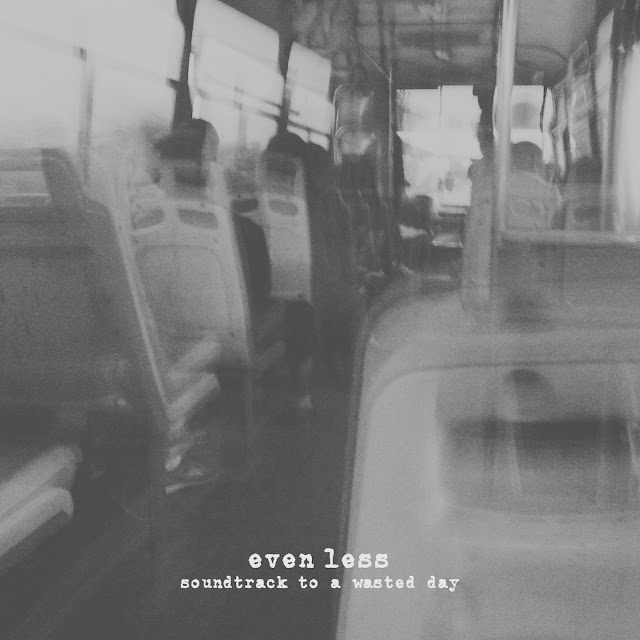 Originally released in 2012, the Ep 'Soundtrack to a wasted day' was recorded by Chinese based band Even Less.

The very first Depressive Rock band in China. Beautiful and melancholic music produced under the influences of Katatonia, Porcupine Tree, Opeth, Anathema, Mono etc. Features 3 studio tracks plus an excellent cover of "The Day the World Went Away" by Nine Inch Nails. Light a cigarette and enjoy this melancholic moment.

One of his member is playing now under the patronyme of Broken Thoughts and is producing amazing electronic music. I encourage you to discover his Bandcamp page.

There is a review of the EP in Aristocrazia webzine written by LordPist:

"When it comes to alternative music in China, Beijing is the most frequently mentioned area when speaking about interesting bands and "Even Less" is no exception to this rule. This project was clearly inspired by Porcupine Tree (the name being taken from a track off the "Stupid Dream" album) and it only takes a snippet of the visual, lyrical and musical aspects to acknowledge the all but hidden influence that Steven Wilson's brainchild has had on this band.


Even Less formed in 2009 and in about a couple of years got noticed by the most dedicated Chinese rock/metal label, Pest Productions, which is doing so much in order to promote some of the top acts of the Chinese scene (this is also one of the relatively few bands that opted for English lyrics, helping them to get some international attention). After taking part in a compilation in 2011 with the "Opeth-esque" track "In Another Life", Luo Keju and the others went on to record their first official EP, "Soundtrack To A Wasted Day".

The dual lead vocalists combination is quite unusual for this kind of band, with guitarist Luo Keju and drummer Nong Andi alternating on vocals. The degree of similarity with the vocals and the interpretation of both Åkerfeldt and Renkse is nothing short of impressive. With eyes closed you could be forgiven for mistaking Even Less for Opeth or Katatonia.

Getting back to the EP, it contains four tracks, one of which is a cover of Nine Inch Nails' "The Day The World Went Away". The musical background is extremely clear, perhaps even too much, and sometimes it seems that Even Less don't want to try and get out of it as they are so comfortable within their environment. However, the disc is not a tough listen by any means and flows with ease. It works well as a "manifesto" and is coherent in both visual and musical terms. After all, this is something quite unheard of in China, especially played with such proficiency, even though this style is something that has been played around Europe for quite some time now." 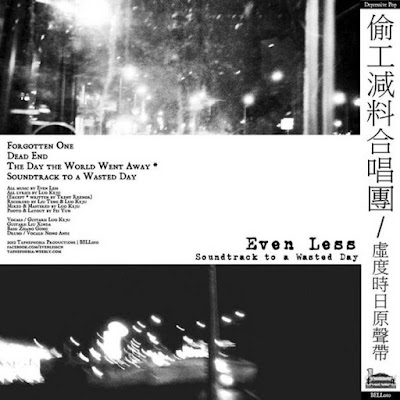 The back cover of the original EP 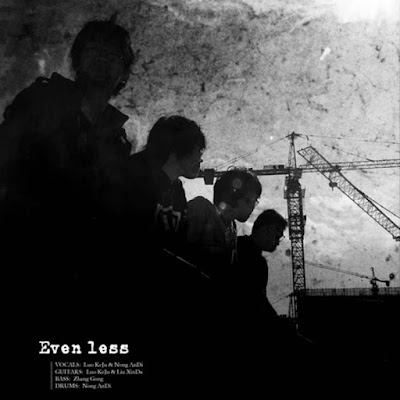 1: Forgotten One
2: Dead End
3: The Day The World Went Away
4: Soundtrack To A Wasted Day