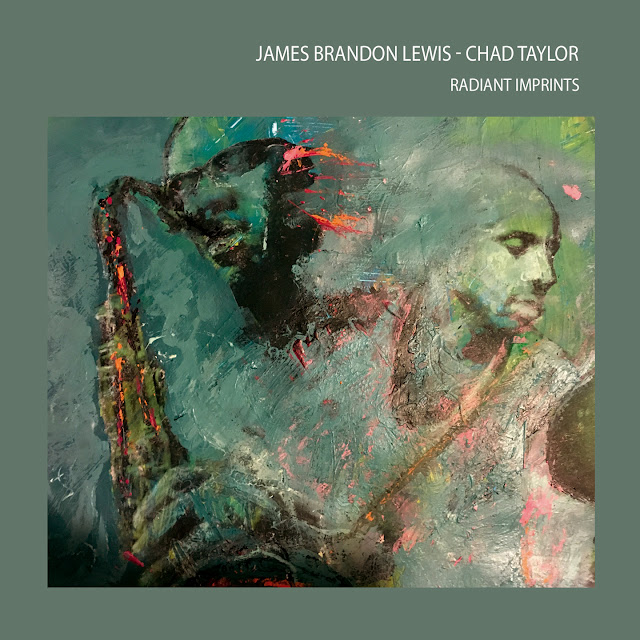 
Nothing as beautiful as following the course of an interesting, young musician, especially if he has planned not to sit with the suits. Tenor James Brandon Lewis made a furore with his trio in 2017.
On "radiant imprints" he is heard with master drummer Chad Edward Taylor. The result is free and soulful, and sometimes surprisingly catchy.
Radiant Imprints is a strong, soulful statement by musicians who possess baggage and technology, but also instinct, emotion and character. And with that you not only address the head, but also the heart. 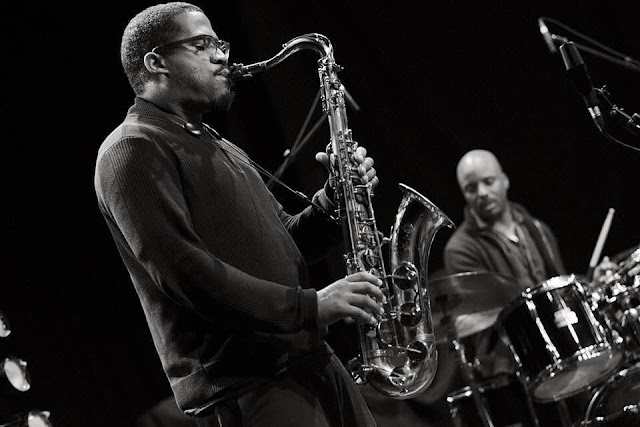 
James Brandon Lewis (b.1983) is a saxophonist, composer , and critically Acclaimed Artist that has received accolades from New York Times, Q Magazine and cultural tastemakers such as Ebony Magazine, who hailed him as one of the “7 Young Players to Watch” in 2013. Lewis has shared stages with Ken Filiano, Darius Jones, and Jason Hwang, William Parker, Hamiet Bluiett , Hamid Drake , Ravi Coltrane , Jimmy Heath Jamaaladeen Tacuma, Joe Lovano Dave Douglas, Marc Ribot, Anthony Coleman and many others.
James Brandon Lewis has been endorsed by Jazz legend Saxophonist Sonny Rollins.
"Promising young player with the potential to do great things having listened to the Elders”. – Jazz Magazine (France).
Lewis attended Howard University and holds an MFA from California Institute of the Arts. 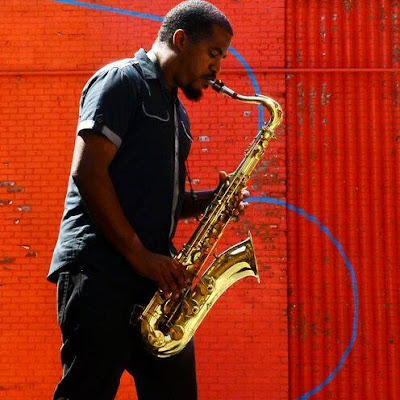 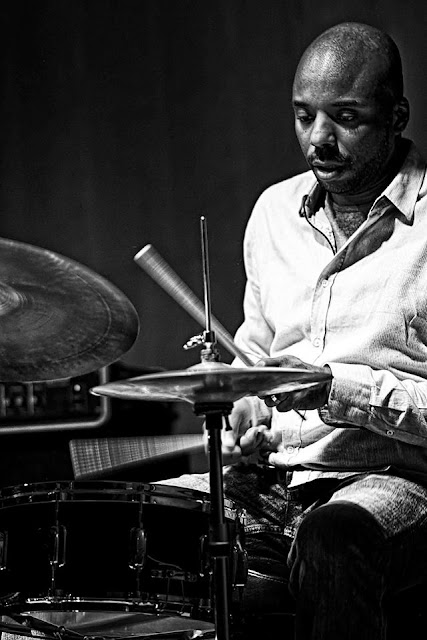 
Chad Taylor (b. 1973) is a composer, educator, percussionist and scholar who is a co-founder ofthe Chicago Underground ensembles.
Originally from Tempe, AZ, Chad grew up in Chicago where he started performing professionally at the age of 16.
Chad has performed with Fred Anderson, Derek Bailey, Cooper-Moore, Pharoah Sanders, Marc Ribot, Peter Brotzmann, Malachi Favors and many others.
Chad leads his own band Circle down which debut recording was given a 5 star review by All music.


4 out of 5 stars in All About Jazz! Read the review here, in Italian in Tracce di Jazz here and in Dutch in Volkskrant here!

And a formidable article in the NY Daily about Coltrane and his legacy like Lewis / Taylor here! And a very interesting interview of Chad here.

A video of their live European tour late January 2018 (here in Charleroi), courtesy of Point Culture and Jérôme Henry:

About the paint on the cover, please visit the amazing site of Anne Maizia to see more of her great paintings here.

Physical and digital release on the 9th of March 2018.