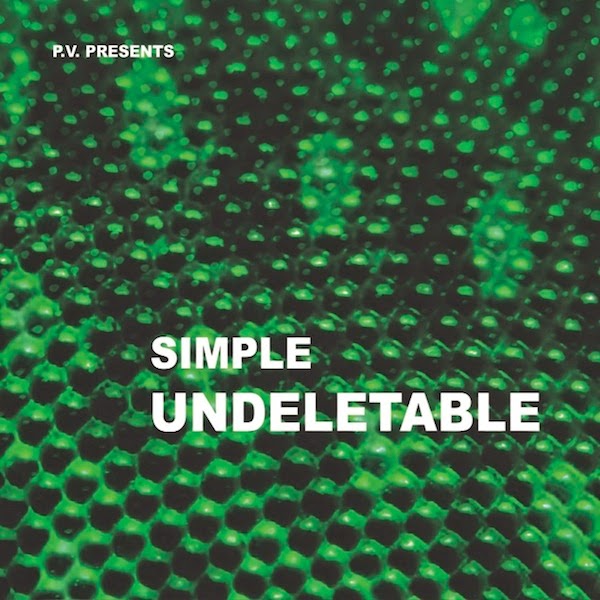 Cover art by Kiekebiche
OPV008 : Simple / Undeletable
Belgian guitarist Pierre Vervloesem blasted into the music world with Peter Vermeersch’s hyper-energetic X-Legged Sally at the beginning of the 1990s. His own solo albums have ranged from XLS-style ultra-tight sax-fueled avant prog to multi-tracked keyboard and electronic "knob twiddling" to proggy hard rock and metal, highlighted by his six-string pyrotechnics and touches of Zappa-esque humor. Still playing live a lot with Flat Earth Society and still producing, mixing and mastering numerous bands, he took the time to compose and record his new quartet Simple.

As he is explaining himself:
« The aim of Simple is simply to play music, my music. This is Simple.
All my projects are of nasty piece of work sort.
Codswallop (here): 10 songs in 10 days on 10 lyrics.
John Koenig (here): a rhythm box, a bass guitar and samples of soundtrack music from Cosmos 1999 from Barry Gray.
Caca (here) : a normal group plus 4 saxophones, a logistical nightmare and impossibility to rehearse.
Ray Pinson (here): I record "n'importe quoi" with the present technology, then I wait 10 years to release it, to see the effect time has on the music.
Here, it is much more simple, I only wish to be on stage with my friends and perform my debilitating music as seriously as possible. »

The music of Simple is a terribly naïve version of jazz, sometimes even grotesque. It includes elements as diverse as music from French movies soundtracks or the New York no wave scene from the 80s, and from the most pitiful prog-rock to the most enlighted modern jazz.

From a good laugh to some kind of desperation, it’s clear that Simple doesn’t refuse itself anything !
Their first album will be a thrill when played live !

A great review in Ragazzi magazine in German here and a great one in United Mutations here in full.

" The music is great. Simple and playful melodies slowly mutate into complex and multi-rhythmic pieces. The performances are excellent. These are top musicians. Didier Fontaine displays some great drumming, emphasizing the melody lines and keeping everything fluent. Both Joris Caluwaerts and Bruno Vansina sound very powerful, very energetic. Especially when they're playing in union. Sometimes even in trio with the bass. There's some great phrasing going on on the keyboard. For a moment, I even thought I was listening to a (synth) guitar. It's also very clear that Pierre is having a lot of fun on the bass. Beautiful lines and sounding really good in the mix.
Undeletable is a very fine album. Rumours has it that it had to be re-recorded after a poor soul erased the original recordings from the computer. There should be a severe penalty on deleting an album like this...
Some might call this experimental or avant rock. Others might say that it's a mix of progressive rock and jazz, but there's only one label that sticks: This is "Pierre Vervloesem"."  Peter Van Laarhoven in United-Mutations

Track listing:
1) Belgian Triumphalism
2) Blabaway Utterbunk
3) Deliver Us From The Aliments
4) Domestic Daredevil
5) Finally An Elephant Full Of Jam
6) Glass Pie
7) Mental Mento
8) One Of The Weakest Tune Of The Set, Pt.1
9) One Of These Doris Day
10) Oscar Niemeyer
11) Pierre Richard
12) The Amazing Soundcheck Band
13) The Foam Cage 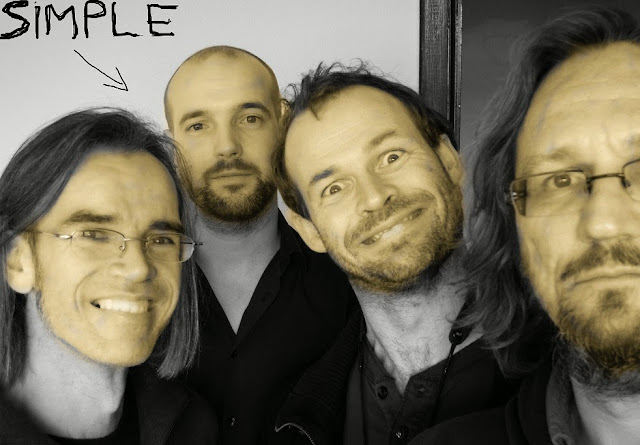 A video of Glass Pie directed by Bartek Zmuda:

There is also an OPV008 bis consisting of all the original demos of the future Simple album as composed and played entirely by Pierre Vervloesem.
Available only on Bancamp :