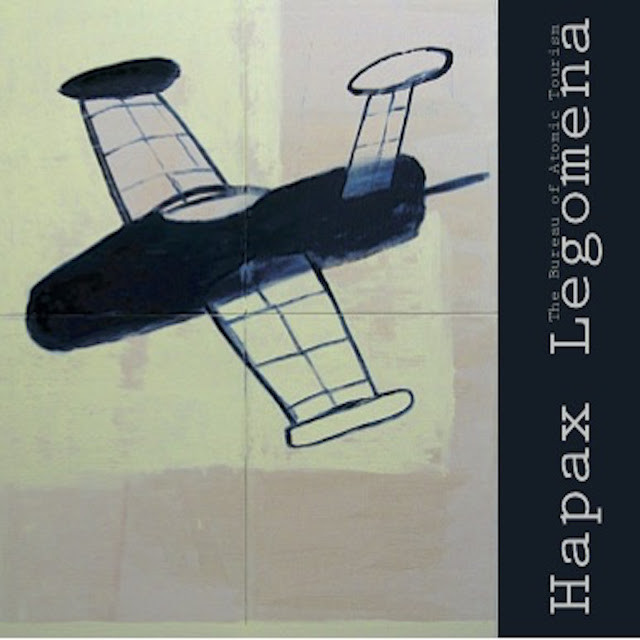 This new collaboration with Rat records (here) sees the return and third full album from this fantastic sextet (see ORT004 and ORT006) also called simply BOAT.
The musicians are still the same stars, only for new guitar and bass players.
This time, this new album was recorded live by Dieter Claes and Roel Snellebrand in May 2014.
Edited by Pierre Vervloesem and Teun Verbruggen ( with the help of Richard Comte).
Mixed in April 2015 by Joseph Branciforte in New York City.
Mastered in April 2015 by Nate Wood in New York City.
Produced by Teun Verbruggen.

'Good luck finding an appropriate genre label for Teun Verbruggen’s Bureau Of Atomic Tourism. While the sextet delves headfirst into abstract free improvisation that abandons all conventional takes on musical notions such as melody, harmony and rhythm at one point, you witness them raging like a well-oiled outfit with years of experience the next. The front section of Andrew d’Angelo (alto saxophone, bass clarinet) and Magnus Broo (trumpet) covers the entire stylistic range from muscular solos to extended techniques, and is often joined by guitarist Hilmar Jensson, who makes his instrument sing mysteriously, places poignant accents or rages with an equal eagerness.
Initially the unpredictable improv may sound like an abstract sound poem, but this switches quickly to first dazzling freak-outs in the New York avant-garde tradition or even throbbing fusion with a nod to Miles Davis’ electric era, before ultimately arriving at muscular jazzrock in the vein of The Lounge Lizards and Belgium’s X-Legged Sally, with ultra-tight themes, subtly introduced electronics and turbulent dynamics. And what to think of the unstoppable groove of the Flaten/Verbruggen rhythm section and the musical action painting of Jozef Dumoulin on Fender Rhodes? What could have either been a failed jump into the deep end or a haphazard performance with the handbrakes on, here leads to a powerful achievement, executed with discipline and the will to incorporate the outer edges of improvised music....'

The album (RAT034) is already released and on sale on the Rat records website here.
Digital release on Off on the 11th of December 2015.