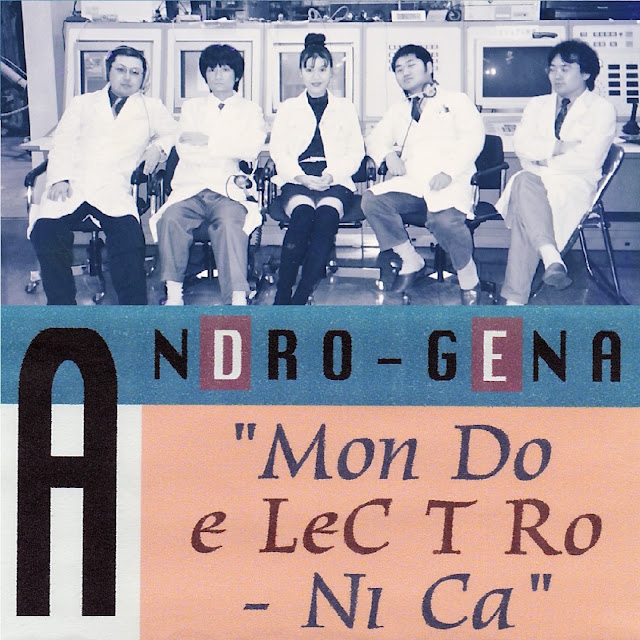 Androgena was formed in Tokyo in June 1996 and wav active until July 1997.
One of their member was Yuichi Onoue (see also OJP003 to discover his new band).
Their musical concept was called ‘retro-future and exoticism’ and was based and influenced by the mondo (the Japanese Buddhist term which prefigure a certain dialogue between master and disciples) but also the film genre, and of course the musical style lounge.
Adding the techno pop that was in vogue in Japan in the 80ties (see Yellow Magic Orchestra, Ippu Do etc...) and post rock to that concept gave something original to their music while definitively Japanese sounding.


They had three gigs at SILVER ELEPHANT ( a famous progressive rock club in Tokyo) and released a K7 album 'Mondo Electronica' with the five songs that are re mastered and digitally re released today. 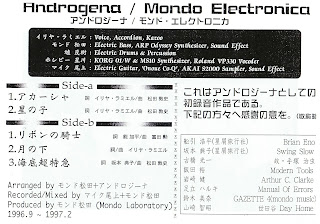 The back of the original K7 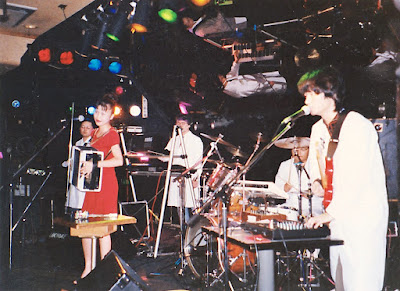 The band live at Silver Elephant 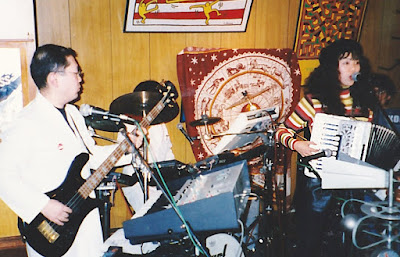 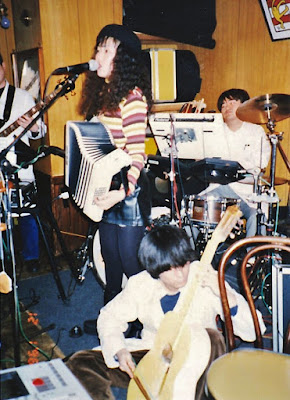