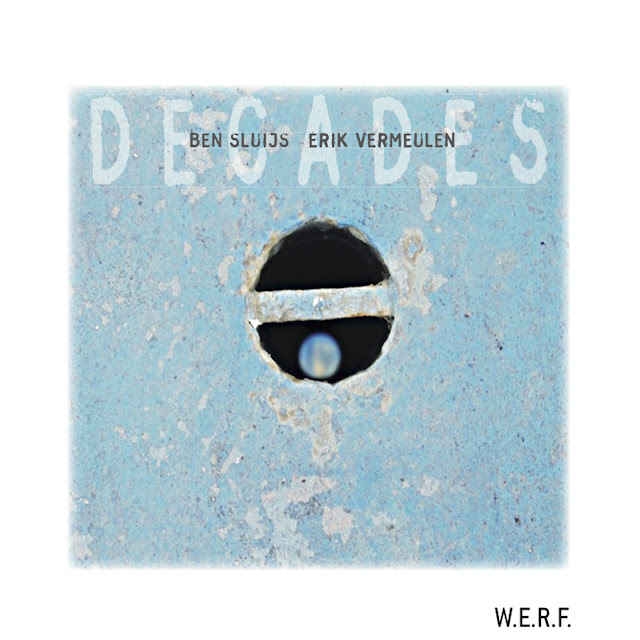 
"Decades is the third album of the duo Ben Sluijs (see also OCD039, ODG086, ODG095, ODG096 and ODG103)- Erik Vermeulen (see also ODG095), after "Stones" (released in 2001 under the label Jazz Halo, before being included in the catalog Werf) and "Parity" (Werf 2010).
But the two musicians have known and appreciated each other since much longer: the pianist Erik Vermeulen was first part, with Piet Verbist (double bass) and Eric Thielemans (drums), of the quartet of the alto saxophonist, and already recorded with Ben the albums "Food For Free" in 1997, "Candy Century" in 1999 and "Seasounds" in 2000. After the quartet he joined the quintet The Unplayables, with Jeroen van Herzeele (tenor saxophone), Manolo Cabras (double bass) and Marek Patrman (drums) for "Harmonic Integration" in 2007.
The complicity and interactivity between the two men is obviously total: "Some musical encounters, explains Ben Sluijs, are exceptional, doomed to register in time. It is quite possible that the complicity which emerges from it is of those which one meets only once in one's life". The duo's first album included only original compositions and improvisations. "Parity" opened to two classics: Con Alma by Gillespie and the standard Sweet And Lovely. The result of a week-long residency at the De Werf club in October 2013, and live material recorded between 2011 and 2013, "Décades" includes eight original compositions, plus Monk's Light Blue, Steve Swallow's Eiderdown. and two classics revisited in a very personal way: The Man I Love with a beautiful piano intro and April In Paris with a long intro of alto saxophone. In the crystalline interlacing of the piano, the voluble volutes of the viola are lovered: a diaphanous sound that suits languorous tempos (Little Paris, The Man I Love, Eiderdown) as well as the jerky rhythms of Monk (Light Blue)), always through very lyrical flights (Call From The Outside). A fine example of accomplice empathy that is worth to our two compatriots to be included among best albums "Shock" by the June JazzMag!" 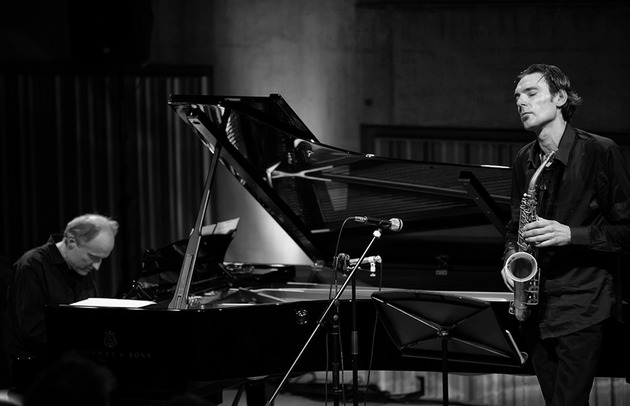