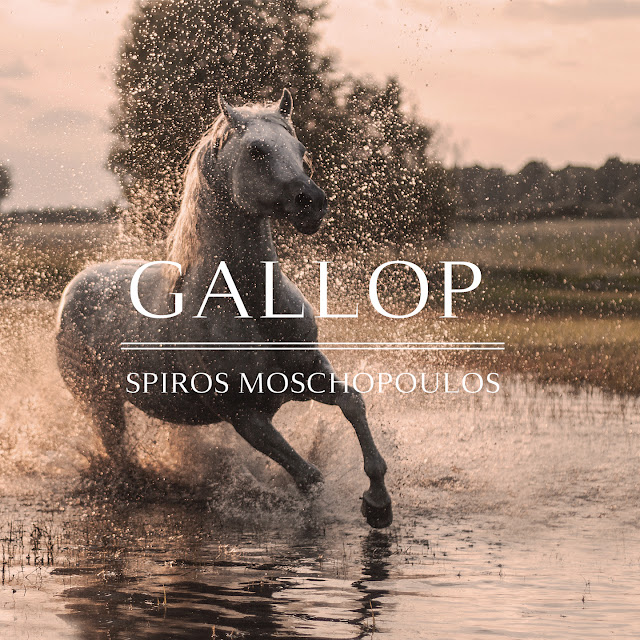 Spiros Moschopoulos is a Greek Athenian dedicated performer, arranger and composer of music inspired by Argentinian tango and latin music in general.

His new album 'Gallop' is composed of modern piano solo pieces in a nostalgic mood but also with jazzy and rhythmic elements are combined with ensemble music in tango nuevo style using various instrumentations. The composer, originally a classical pianist, depicts his appreciation to romanticism with some impressionistic elements. The classical music flavour is intermingled with passionate tango rhythmical patterns and a very discreet jazzy touch in all  his piano solo compositions. The ensemble pieces, on the other hand, provide a clear reference to tango nuevo but in a very personal and idiomatic manner. Please enjoy! 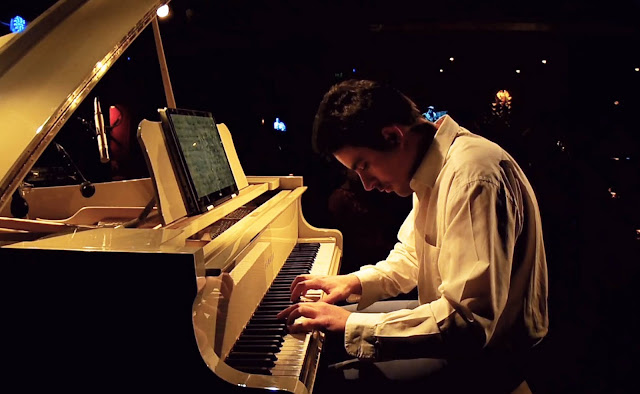 Spiros Moschopoulos was born in Athens in 1974. He received his Piano Diploma with honors from Attiko Conservatory, where he studied with the internationally renowned pianist Dimitris Toufexis. He obtained Bachelor degree from the American College of Greece, studying musicology and psychology. As a scholar of «Alexandros Onassis» foundation, he completed his Master in piano performance from Boston Conservatory under the supervision of pianist Michael Lewin.

He has participated in workshops and made solo appearances in Greece and in USA. As an active member of many chamber music groups, he collaborated with the saxophonist Dimitris Vassilakis, the Athens String Orchestra Sinfonietta, the String Quartet «A Quartet», the pianist Thalia Athaniti, the violinist Petros Christides, the soprano Elena Kokka and many others. He created a music band, named Dueto Tango with the bandoneonist Lefteris Grivas which already numbers many appearances. Another of his remarkable duets is with the famous accordeonist and composer Zoe Tiganouria which resulted in many concerts all around Greece. One of the latest project is the collaboration with 3 other musicians creating the group Confesión Orquesta a tango ensemble that performs traditional argentine tango in milongas and festivals, based in Greece. He is a dedicated performer, arranger and composer of music inspired by Argentinian tango and latin music in general. He occasionally composes songs and/ or soundtracks for short Films. In May 2013 he was honored with a the highest distinction in a composition competition of Mikri Arktos publishing and recording company for instrumental music. (piano quartet, tango nuevo style) He has been working as a music teacher and he teaches piano privately and in various Conservatories and public or private schools in Greece. He also has been as a music professor in High School of Aylona Detention Center of juveniles for the last 4 years. He recently graduated from the Department of Music Studies of the Athens School of Philosophy. His latest stage performances include tango/ Latin arrangements for solo piano combined with his own compositions and some jazz original pieces of great composers like Bill Evans.