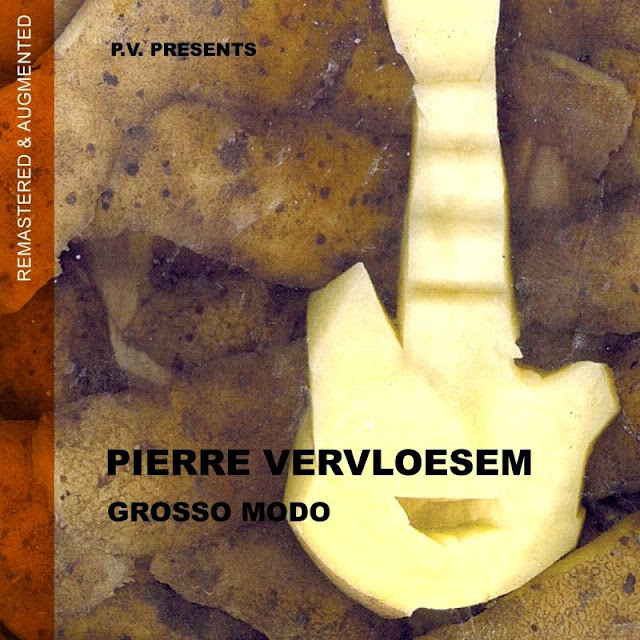 Sixth in a chronological series of 11 digital only remastered releases (6 solo (5 augmented with bonuses, lives and remixes), 1 duo, 1 unreleased duo and 3 pots-pourris (with absolutely every tunes possible ever recorded by Pierre and never released)) and coming at the pace of one every month is the fabulous fifth solo album from Pierre Vervloesem: Grosso Modo (2002).

The album has been remasterd and augmented with no less than 13 bonuses and demo songs.

Review by David Lynch in All Music:
Belgian guitarist Pierre Vervloesem blasted into the music world with Peter Vermeersch's hyper-energetic X-Legged Sally at the beginning of the 1990s. His own solo albums have ranged from XLS-style ultra-tight sax-fueled avant prog to multi-tracked keyboard and electronic "knob twiddling" to proggy hard rock and metal, highlighted by his six-string pyrotechnics and touches of Zappa-esque humor. For listeners seeking top-notch guitar-heavy instrumental prog -- with plenty of in-the-moment improvisation -- the 2002 eponymous album by Vervloesem's powerful Grosso Modo quartet is a fine place to begin investigating the guitarist's world. A studio recording with live immediacy (and plenty of effects wizardry), Grosso Modo rocks through memorable and even tuneful themes, detours into noisy improvs, and consistently opens up surprising territories in sound. In addition to Vervloesem on guitar and bass, the killer Grosso Modo lineup features bassist Guy Segers (Univers Zero), drummer Charles Hayward (This Heat, Massacre), and keyboardist Peter Vandenberghe (XLS, Univers Zero, Flat Earth Society). Segers is thunderously thick and heavy as opening track "Hairdressers Go Home" kicks in, but after attacking your ears with an ascending wall of sound, Vervloesem goes twangy in a surf-tinged unison line with Vanderberghe's sustained keyboard voicing and the band is soon sprinting through fast-paced but rock-hard swing, with a swooping split-toned screaming guitar solo unleashed over the top. While Vervloesem and Vandenberghe ascend into outright noise and Segers' fingers race around his fretboard like a seasoned jazzer in hyper-bop mode, Hayward bashes and crashes but never gives up the pulse until emerging from the roaring tumult with a slowed-down thwacking to accompany Segers' return to the heavy theme.
Vervloesem is alternately twangy, strummy, and roughly distorted through the myriad rhythmic changeups of "Olympic Troubles," and rips the guts from his axe during a chaotic midsection, joined by all manner of sonic hijinx from his bandmates. Beginning as a frantic rocker with Farfisa-sounding keys, "Anti Caking Agent" soon pivots between a heavy descending plod and noir-into-free pianistics from the diversely talented Vandenberghe. "Amazing Grace" opens with volcanic speaker-ripping explosiveness but soon transforms into nimbly executed avant-metallic loud-soft-loud dynamics and outright anthemic tunefulness -- before collapsing back into mayhem. A complete change of pace, "Smacked Down by the Lord Again" places Frith and Fripp-ish thematic motifs against spacious free-form soundscapes. After the metal-noise blast of "Have You Seen Me?," the insistent midtempo rocker "The Terrible Rage of the Shy" is almost jauntily tuneful -- when its mutant steel drums and shredded fanfare improvs aren't descending into madness, that is. Vermeerch's guest appearance on clarinet and bass clarinet on "Full Metal Carpet" (yes, another wacky title) suggests XLS at their heaviest and most darkly atmospheric, while Grosso Modo concludes on an expansive note, the 14-minute "Nobody's Listening Anyway," with a King Crimson "Red"-inspired guitar theme bracketing wide-ranging rocked-up improvisations that spin from twang to funk to jazz to sci-fi to Canterbury-esque sounds. If that track title were true, it would be a damn shame.

Another fine review in Guts Of Darkness here: 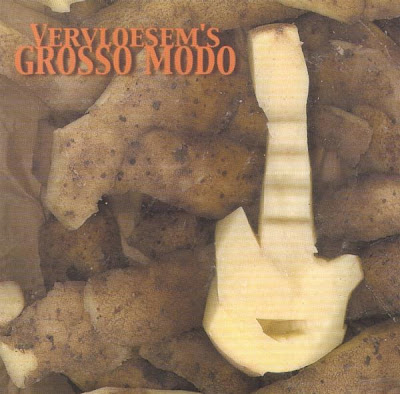 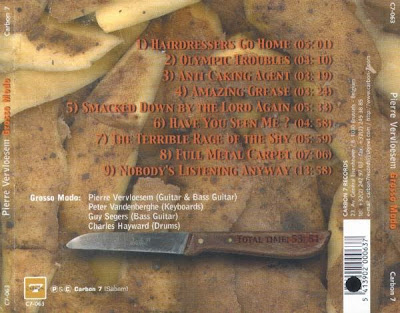 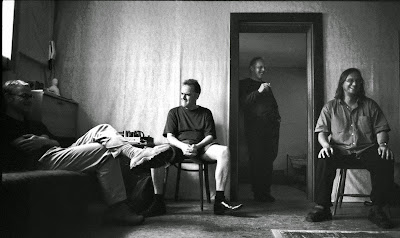 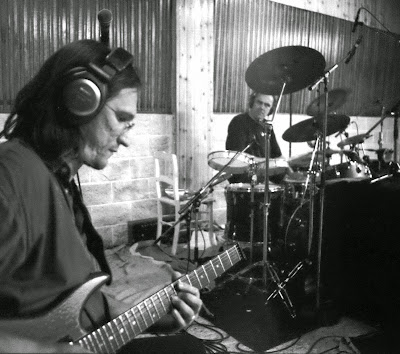 
Digital release on the P.V.presents - digital only series on the 3th of November 2014.