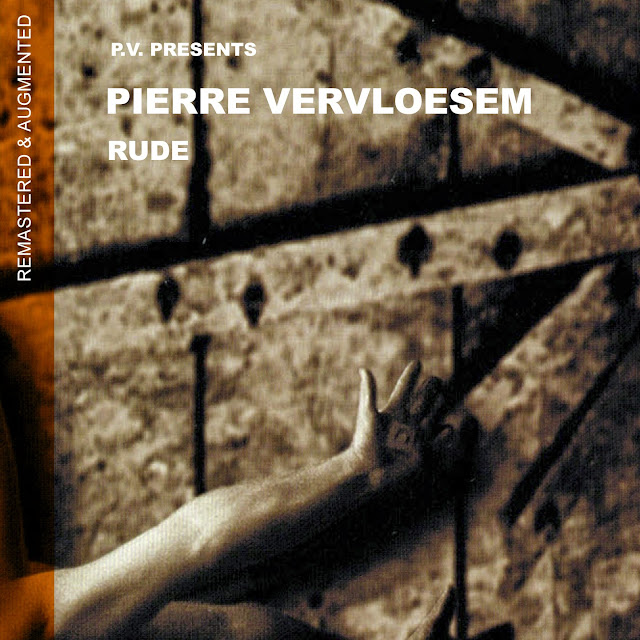 
Seventh in a chronological series of 11 digital only remastered releases (6 solo (5 augmented with bonuses, lives and remixes), 1 duo, 1 unreleased duo and 3 pots-pourris (with absolutely every tunes possible ever recorded by Pierre and never released)) and coming at the pace of one every month is the fabulous sixth solo album from Pierre Vervloesem: Rude (2005).

The album has been remasterd and augmented with no less than 14 bonuses and demo songs.

Review by François Couture in All Music:
It's tempting to call Rude one of Pierre Vervloesem's most straightforward albums. But it would be as meaningless as trying to agree on which album by Frank Zappa is his most simple. One thing is sure; in general, Rude features a more stripped-down, rock-on approach that certainly has to do with the fact that its basic tracks were all recorded in two days. Vervloesem sticks to an instrumental rock quartet and limits his overdubs to one or two in most tunes ("Rue Wéry" is one of a handful of blazing exceptions). For this new solo endeavor, the unsung guitar hero recruited old X-Leggeg Sally colleague Peter Vandenberghe on keyboards and a new rhythm section consisting of bassist Nicolas Dechêne and drummer Renaud Van Hooland. A 69-minute, 14-piece platter, Rude refuses to stand still. The listener is bounced back and forth between acutely difficult avant-prog, metal, jazz, reggae, and guitar-shredding rock & roll. References to King Crimson, Doctor Nerve, Lukas Simonis, the omniscient Zappa and, surprisingly,  Steamboat Switzerland are in order. Highlights include the doom-laden, organ-driven "Titanic Again," where Vandenberghe does an astute impression of Steamboat’s Dominik Blum; the very complex "Greener" (the longest piece at nine minutes); the horribly titled "Pee Detector," and "My Flemish Period," the latter an action-packed Zappa-esque tune with touches of dub and hardcore, if you can imagine that. Dechêne is a highly creative bassist, often opting for the less-frequented path, a perfect match for Vervloesem's guitar work. It is rare to find a guitarist who has a signature sound yet never seems to repeat himself and writes with an impressive resourcefulness. 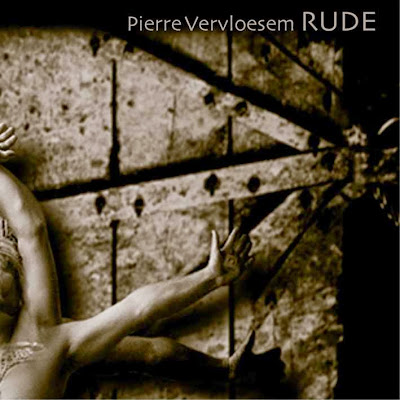 And some pics from the 2 days recording sessions at Rising Sun Studio: 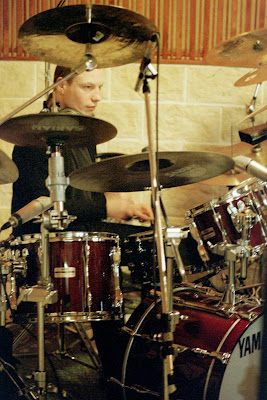 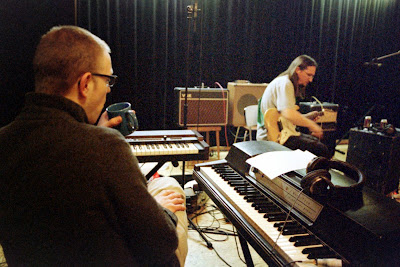 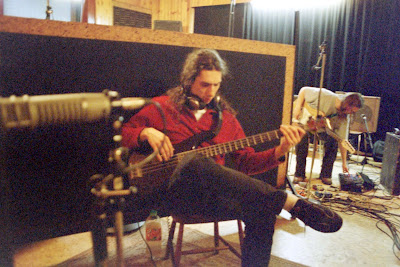 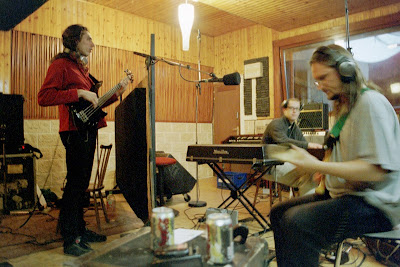 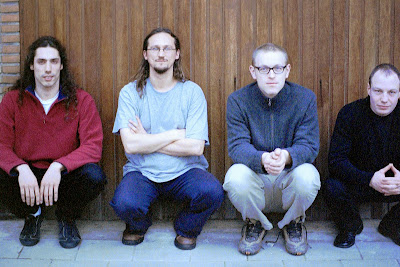 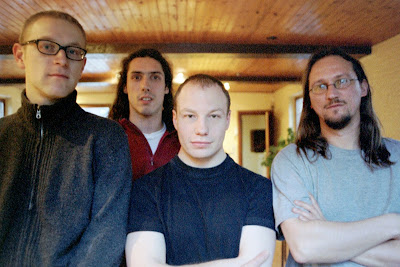 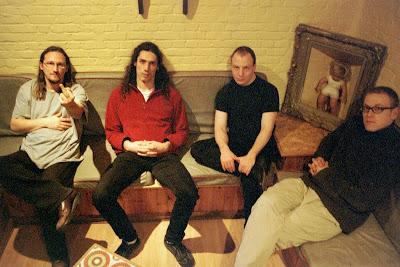