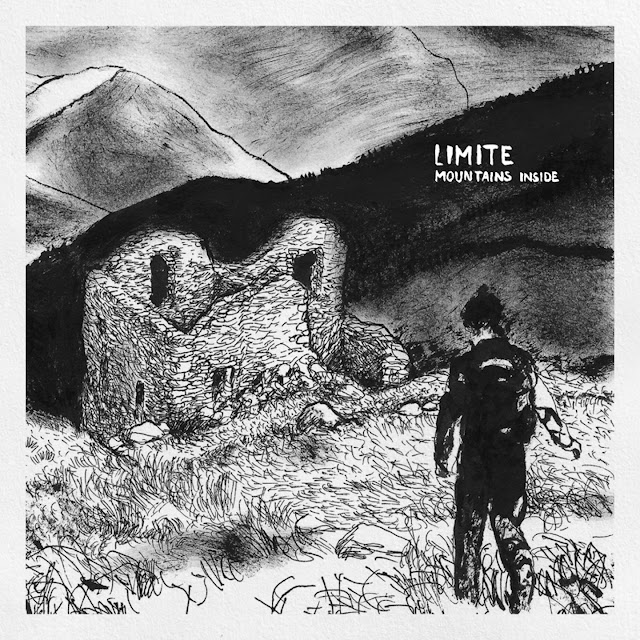 First album for this young and talented Belgian band. Think DEUS, Marc Ribot, math-rock , touches of progressive rock and a typical Belgian mood in those ten clever and intense compositions. This band will become big!

Sinking stories, in life and dreams… “Mountains Inside” is an introspective rhapsody where dark chamber music meets alternative rock… Songs carried by free-flowing melodies with a psychedelic touch.

In December 2019, we recorded our first album “Mountains Inside”. Throughout this suite of songs, we are drifting along down tempo tremolo and acoustic guitar finger-picked textures; and the music occasionally veer into a harder, more propulsive sound, abstract psychedelia, grungy noise, or angular riffing.

All compositions and lyrics by Jordi Cassagne except Be Not Sad, composed by Benjamin Sauzereau, words by James Joyce and The Inside by Camille-Alban Spreng.

Kobe Dupont graduated the royal conservatory in Brussels in the class of 2017. He has released several recordings with diverse musical projects, as vocalist with Limite, as both guitarist and songwriter for the americana-collective Geppetto & The Whales, guitarist for dream-pop band Leonore and in theatre.

Benjamin Sauzereau is a french guitar player and composer living in Belgium. He has been leading for some years the following bands, Les Chroniques de l’Inutile, Easy Pieces, Philémon, the Sauzereau/Roosens duo, and a Solo program. He co-founded the Brussels based Label ~suite. He wrote scores for film and worked with dancers (Meytal Blanauru’s “We were the future”).

Camille-Alban Spreng is a Swiss pianist and composer living in Brussels and trained by Emil Spanyi, Eric Legnini and Kris Defoort. Since 2010 he has taken part in and created projects in such varied fields as jazz, improvised music, art performance, and theatre. In 2011 he was featured in a performance of Adrien Barazzone’s Ni Fleurs, Ni Couronne at the Montreux Jazz Festival. He is now playing with various bands such as his quintet Odil, with which he released two albums on the German label QFTF.

Jordi Cassagne is a bass, double bass player and composer based in Brussels. Since his beginning, he is strolling over the course of his artistic collaborations. Jordi graduated both in Jazz and Early Music. He is performing his own music with the jazz quartet Nouroog, and with the alternative rock band Limite. As a sideman he is currently playing with Terpsichore, Julien Marga 4tet, Le Bal de Marie Galante, Haratago, Omega Impact, Bengalifère…

Théo Lanau is a French drummer, improviser and composer based in

Brussels. In constant personnal research, he is writing and performing his music with the band Grand Partir.  As a sideman, he is very active on the jazz scene (Amaury Faye trio, Terpsichore, Mobilhome, Petrole), as well as post-rock (Limite) and chanson (Nicolas Ankoudinoff).

A great review in the US webzine Big Beautiful Noise' HERE : HIGHLY RECOMMENDED! 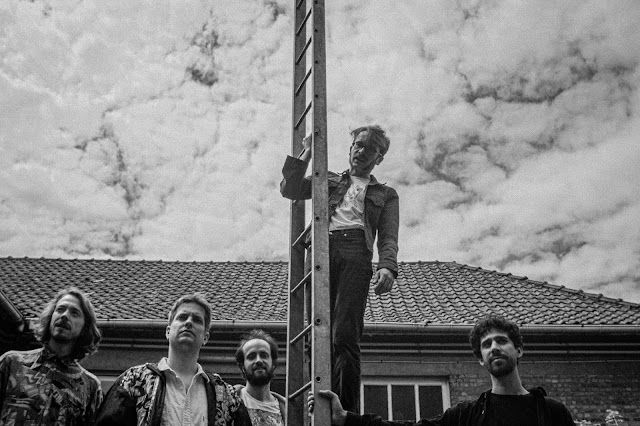 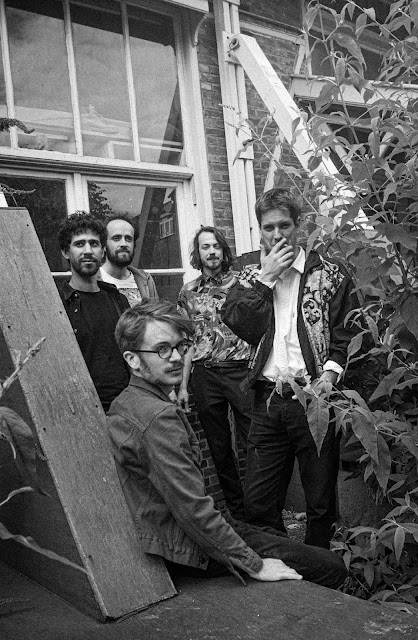 The Inside:
Simmering Water:
Recored and mixed by Dries Van Ende at Zinnema, Brussels, December 2019.
Mastered by Pierre Vervloesem.
Cd layout by Théo Lanau.
Physical and digital release on the 22nd of October 2020.
Track listing:

7: Our Night is Landing