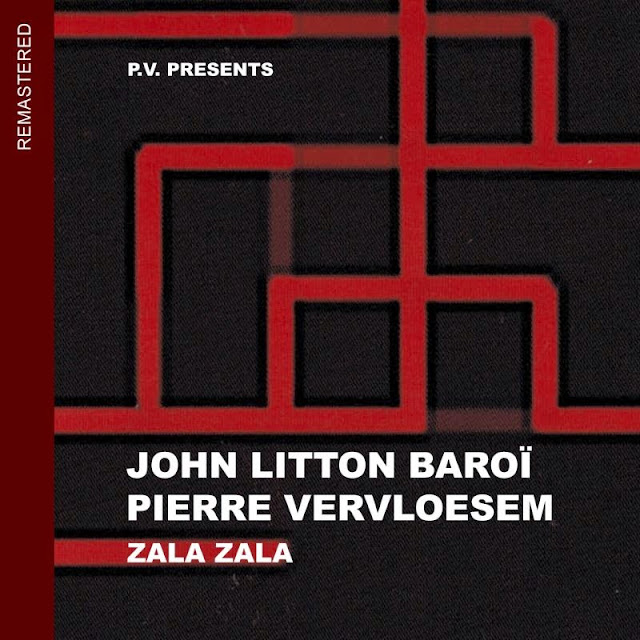 Fourth in a chronological series of 11 digital only remastered releases (6 solo (5 augmented with bonuses, lives and remixes), 1 duo, 1 unreleased duo and 3 pots-pourris (with absolutely every tunes possible ever recorded by Pierre and never released)) and coming at the pace of one every month is the fabulous first duo album from Pierre Vervloesem and John Litton Baroï: Zala Zala (2001).

In 2001, Pierre Vervloesem (bio) met John Litton Baroï (bio) in Brussels.
John, a Bengladesh native, started to study singing when he was 8 years old under the monitoring of Indian singer Bobech Chaterjee. He also learned to play the traditional Indian harmonium to go along with his singing.
John played with quite an impressive amount of musicians in Bengladesh before immigrating in Europe in the beginning of the 90ties.
John started then to play with various jazz ensemble, trying to modernize his playing and also trying to bring back the traditionally Bengali folk music.
This was precisely the perfect time to meet Pierre.
The result: Zala Zala, an album that mixes with subtlety west and east instruments, modern beats and tradition, pulse and emotion, never loosing his Asian roots.

What the BBC wrote at the time, considering Zala Zala as one of the best world record of 2001:

"Before you know it you've played it five times in a row and have started scouring the..."
Chris Jones 2002
"Every once in a while an album comes along which, while never destined to change the course of musical history or cause a furore in the press, crawls softly into your heart to nestle there like a treasured teddy bear. You play it once and it's inoffensive at best. You play it twice and you begin sway as an irresistibly "warm vibe" begins to fill you. Before you know it you've played it five times in a row and have started scouring the sleevenotes for any kind of clue as to who's managed to effortlessly steal your soul. Which is where Zala Zala falls down. Unless you're a student of Belgian avant prog or know your Bangladeshi singers off by heart you'll be hard-pressed to glean much about this sly little beauty. Enlightenment was ever a hard road to travel.
Pierre Vervloesem, as you all no doubt know, is a Belgian guitarist of some note (probably an E flat, heh heh) whose previous work with prog jazz noiseniks X-Legged Sally was always a little more challenging than the stuff on offer here. Lifted by a rhythm section that provides what can only be described as a kind of world-dub fusion, Baroi's astoundingly expressive vocals and Vervloesm's genre-straddling guitar are coaxed to ecstatic heights. It matters not one jot that vocals are delivered in Baroi's native tongue. The emotional impact is conveyed by context and dynamic, which veers from the lovelorn plea of "Tor Hashite (Will Sing In Melody)" with its stately pace and Fripp-like sustain, to the optimistic electronic ethno-funk of "Aei Kotha (My Last Words)". While remaining true to its Asian roots this album never strays too far from a contemporary breakbeat or pulsing dancefloor vibe, giving it a perfect balance between east and west that welcomes all listeners. You too, dear listener, will come to love it as a friend."

Digital release only on the first of September 2014. 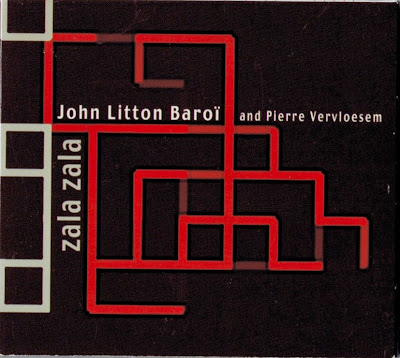 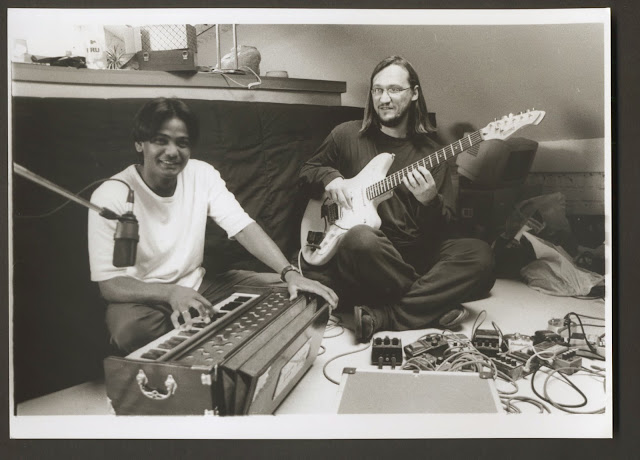 Track listing: all tracks have been remastered