Cover art by A.L. from a Adam Matlock pic.

Adam Matlock works as an accordionist, composer, and vocalist living and working in New Haven, CT.
Matlock writes songs under the name An Historic, building narratives accompanied by musical inspirations from Balkan music and Klezmer, Soul, and various strains of rock.
An Historic exists as a solo project, but is reinforced live and on record with the members of Dr. Caterwauls Cadre of Clairvoyant Claptraps, a folky/jazzy band adding trombone/fiddle/banjo and accordion to the standard rock instrumentation of guitar, bass, and drums.
He also composes under his own name, most notably the opera Red Giant(2014) for 6 piece ensemble and three singers, and Earthseed Songs (2012) for voice and two instrumentalists.
Matlock also began to expand his role as a performer in 2009, playing original music and interpretations with projects including An Historic, Broadcloth, Gzara, and Dr. Caterwaul's Cadre of Clairvoyant Claptraps.
He has recorded, performed, or improvised with artists including Anthony Braxton, Mario Pavone, Ceschi, Vinny Golia, Sigh, and Clara Engel, and works as a music teacher in the New Haven area. See also:  anhistoricmusic.blogspot.com  and anhistoricmusic.bandcamp.com

A very nice article in CTNow about his work and a very nice review in NYCjazzrecord here:

"Accordionist, vocalist and composer Adam Matlock is based in New Haven and is mostly known for his work in the Tri-Centric orbit of composer Anthony Braxton and related ensembles (Broadcloth; Dr. Caterwaul’s Cadre of Clairvoyant Claptraps). Lungfiddle is his latest acappella effort, a seven-tune outlay of driving button-flecks, chewy particulars and whirling drone. Matlock is a harried technician with frenzied clarity and, unlike some of his peers, he avoids electronics entirely. In hearing the controlled panoply exhibited on this set, it’s hard to believe this constant amalgam of breath and finger motion is unadulterated— yet the music shouldn’t be entirely prized for physique, as out of pure, shapely emotion and breathtaking runs occasionally emerge fully realized structures. In the pantheon of solo recordings of any stripe, accordion or otherwise, Lungfiddle is a stunning achievement.  Clifford Allen" 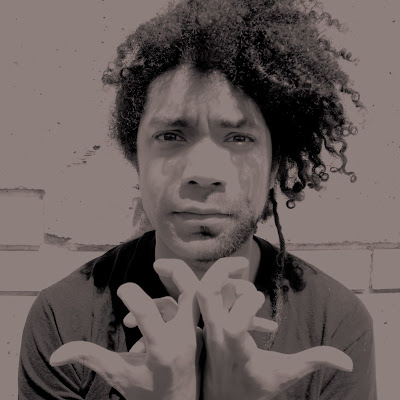 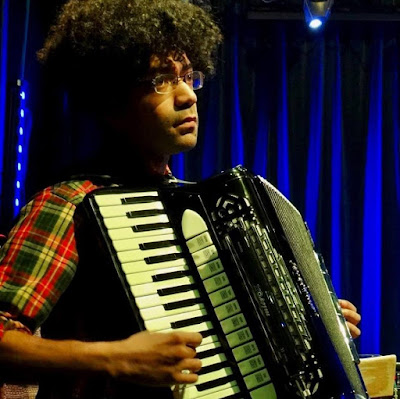