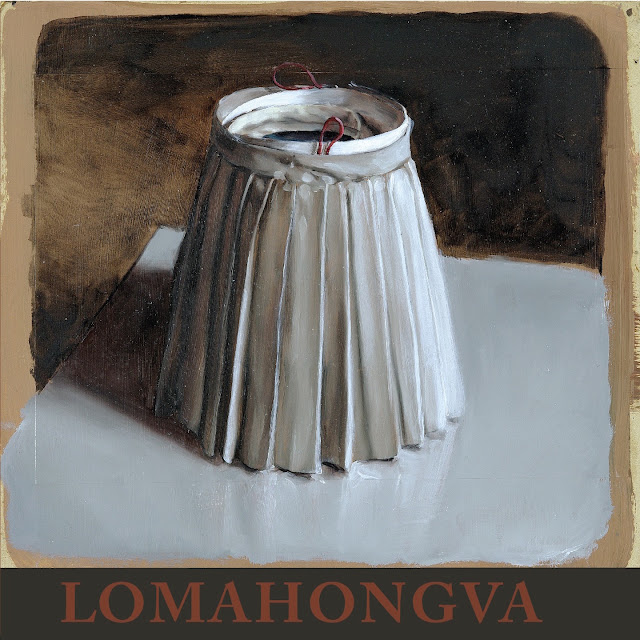 A “dream line-up” is possibly the best way to describe Warped Dreamer. Few quartets succeed in bowling over their audiences in such diverse ways as this quartet led by drummer Teun Verbruggen. This versatile Belgian percussionist puts together four top-notch musicians from the Belgian and Norwegian scenes, who bring out the best in each other on stage. Teun likes to be startled by collaborations with wayward musicians, musicians who inspire him because they rediscover and reinvent themselves each time again. He had already hooked up with trumpeter Arve Henriksen and with Jozef Dumoulin (Rhodes) previously. Guitarist Stian Westerhus is the right fit and perfectly complements the quartet. Include a big display of effects pedals and you get a music genre that defies any attempt at classification.
Free improvisation, jazz residue and electronic interventions/manipulations are woven together in an organically flowing crossover that both hints at


a Northern vastness and utilises a complex inner map that guides the audience past labyrinthine horizons, intricate textures and spontaneous interactions. As such, they incorporate both crackling, whirling walls of sound and claustrophobic whispers. Warped Dreamer is definitely looking forward in a way that makes the question whether it’s in or out completely irrelevant. It’s everywhere at once. The band gets its name from an Othin Spake composition, another of Teun Verbruggen’s experimental bands, and also shares the same fickle, mysterious city vibe. If you like improv, you are in for a treat!

Cd/dvd/lp, a collaboration between Off and Rat Records. 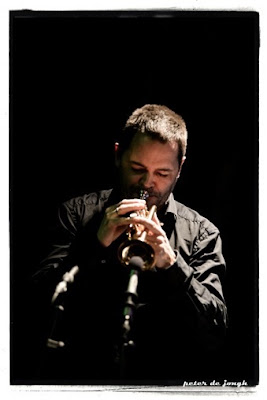 The name Arve Henriksen (NO) immediately conjures up his typical husky trumpet sound. Even during his musical training at the Trondheim Conservatory, he was already active as a free-lance musician. It is therefore hardly surprising that he has already played with a solid cross-section of musicians, often under the record label ECM Records. As a result, his discography includes over 140 albums. Supersilent, Sidsel Endresen, Nils Petter Molvaer, Christian Wallumrod, Eivind Aarset, Laurie Anderson, David Sylvian, Gavin Bryars, Jon Hassell, Dhafer Youssef and Tigran Hamasyan are just a handful of examples, of the great many we could mention. Besides jazz, he is interested in Japanese music and also played with hard rock band Motorpsycho. He has composed for dance, theatre, film & various documentaries. In 2006, he was artist in residence during the renowned Moers Jazz Festival as well as at the Molde Jazz Festival in 2009. He has won several awards including the Paul Acket Award (North Sea Jazz Festival). 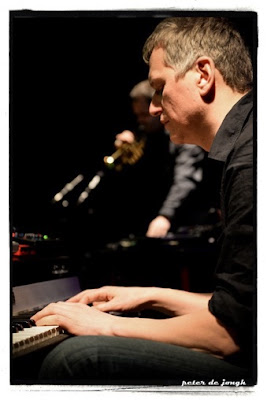 “A Fender Rhodes specialist” is just one of the many phrases used to describe Jozef Dumoulin (BE). Jozef is regarded as a musician who manages to maintain his own style in any musical context, ranging from traditional jazz, improv, pop to contemporary music. Dumoulin creates a unique sound on the Fender Rhodes, which he successfully combines with electronics. In this respect, he has joined forces on numerous occasions with existing bands, including Magic Malik Orchestra, Reggie Washington Trio Tree, Octurn, Dre Pallemaerts band, Othin Spake, Benzine, Narcissus Quartet, Brussels Jazz Orchestra, Toots Thielemans, Aka Moon, Belmondo Brothers and David Lynx. 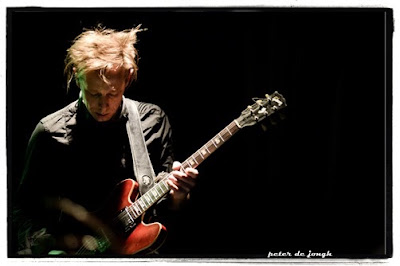 Stian Westerhus (NO) is well-known for his experimental guitar style. He plays in bands such as Jaga Jazzist & Puma and with musicians the likes of Sidsel Endresen, Nils Petter Molvær, Arve Henriksen, Jan Bang & Ingar Zach. He earned a Bachelor’s degree in jazz with Stuart Hall at Middlesex University and his Master in the jazz programme at the Trondheim Musikkonservatorium. In 2008, he won a BBC Award for Innovation in Jazz with Fraud. 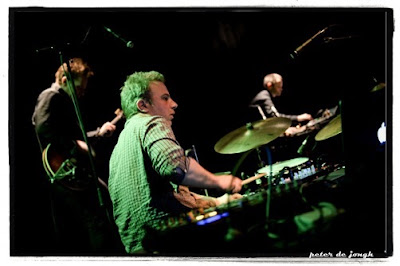 The ‘V’ in Teun Verbruggen (BE) stands for ‘versatility’. His search for authenticity, his desire to gain mastery over all possible aspects of music and drum styles, his boundless style and his continuing quest for fresher sounds as well as the freedom of collective improvisation led him to collaborations with Alexi Tuomarila (4tet and Trio), Jef Neve, Hilmar Jensson, Johann Johannsson, Mauro Pawlowski, Molo Trio, Jambangle, Rackham, Pascal Schumacher JojoBa, Streams, Silent Song, Jozef Dumoulin... In 2003, Teun founded his own record label “RAT Records”. Since then, Verbruggen organises “RAT Events”, with which he aims for increased visibility on and more concerts for free jazz and the improve scene in Flanders.

“The quartet invites the audience [...] on a roller coaster ride and repeats the process over and over again. In quiet and subdued moments, the public waits with bated breath while the band lets the tension rise slowly. Then, as the carts reach their highest point, we, humble listeners, are taken on a breakneck race downhill with Westerhus’s hefty solos, gritty interludes courtesy of Dumoulin, Henriksen’s sampled interventions and as mentioned, Verbruggen’s mighty but downright rhythmic percussions.”  Jazz&Meer

“From calm-infused passages to outbursts of musical energy, the audience is drawn into a wonderful world of free expression which at times sounds almost mystical and at others like a damned good organised chaos. The percussion sound play cannot be pigeonholed. It is pure improvisation where the musicians inspire each other from one moment to the next: improvisation built from scratch, influenced by a playful mix of jazz, electronic, noise and rock. They get the best out of their instruments.”  Written in music

‘’Warped Dreamer shares a fickle, mysterious city vibe with a few other bands these musicians are/were involved in. At the same time this project, which combines the talents of Belgian stalwarts Teun Verbruggen (drums) and Jozef Dumoulin (keyboards) with those of Norwegian experimentalists Stian Westerhus (guitar) and Arve Henriksen (trumpet), also has an entirely different identity. Free improvisation, jazz residue and electronic interventions/manipulations are woven together in an organically flowing crossover that hints at a Northern vastness and utilizes a complex inner map that guides the audience past labyrinthine panoramas, intricate textures and spontaneous interaction. As such, they incorporate both crackling, whirling walls of sound and claustrophobic whispers. Warped Dreamer looks toward the future in a way that makes the question whether it’s in or out completely irrelevant. It’s everywhere at once.’’  Guy Peters