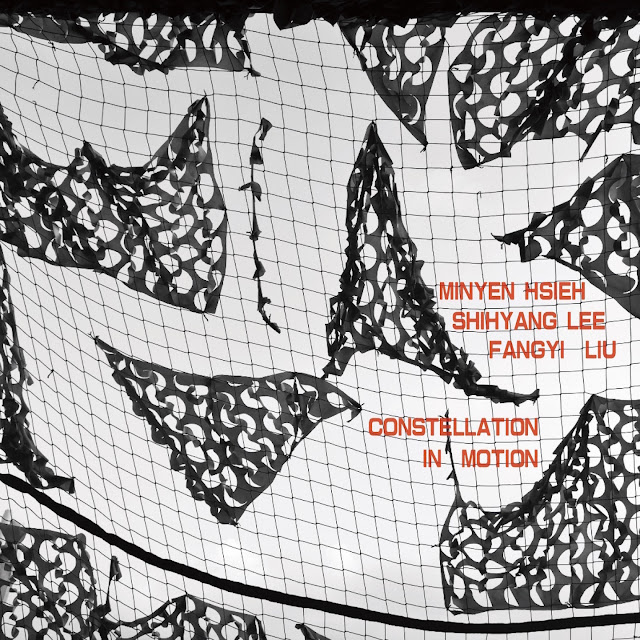 
'Constellation in Motion' was recorded live in May 2014 at Kaohsiung Music Hall, Taiwan, by three of the most well known and respected Taïwanese musicians: Minyen Hsieh on soprano saxophone, penny whistle and finger cymbals, Shih-Yang Lee on (prepared) piano and Fang-Yi Liu on voice, saw, objects and toys.
The music is an incursion and variations on a mixture of Jazz, avant garde and contemporary classical.
Though those seven tracks sound as they were completely writen pieces, they are all improvisations on the spot. This is amazing considering the complexity and density of the various pieces.
Ultimately one will find a way to cross all those genres and enjoy one of the most thrilling experience of listening music!

Minyen Hsieh, is a highly regarded, award-winning Taiwanese saxophonist. The Taipei native, born in 1981, started to perform professionally at the age of 19, and studied at the Koninklijk Conservatorium in Brussels. There he studied with John Ruocco and Jeroen Van Herzeele. His strong improvisation skills and rich tone has made him a coveted player in several genres varying from: jazz, rock, hip-hop, electronic to avant-garde. Outside of Taiwan, Minyen has also been welcomed to grace stages through Japan, China, HK, Macau, Malaysia and more. He won the Taichung Saxophone Competition in 2012, and regularly contributes to various jazz, pop and experimental projects in Taiwan. His most recent recording is the well-received, best-selling "Firry Path" (2014). Soundcloud
————

Shih-Yang Lee, from Taipei, has performed and recorded in Asia and Europe. Lee is the co-leader of the world music improvisation ensemble KaDaoYin. In addition, he has made himself a name as a composer and performer in some of the best drama and dance companies in Taiwan. His live album “Galactic Alignment” with Fred van Hove won the “Honorary Mention of the New Releases of the 2014 of New York City Jazz Record. “Music Non Stop” won the “Best Musician” of 6th Indie Music Award of Taiwan. He is also the founder and music director of “Taiwan International Improvised Music Festival”. Soundcloud
————

Fangyi Liu, is a Musician based in Kaohsiung, Taiwan. His work focuses on sound collage and field recordings, where he uses objects and voice as source material in his improvised performance.

He mentioned two major points. First is about the human voice. The pronounce action from different races and cultures contained not only languages, but also the sound of out of languages, before languages, distortion and lapsing of languages, etc. Even the unestablished pronouncing still can bring the signal or context to the receivers. Second is about the environment sound or sound field. People are surrounded with sounds induced by every vital or mortal things. The problem of sensing or recognition environmental sound are his major projects. He tries to use any kind of materials or methods to approach these two topics. Fangyiliu.bandcamp.com 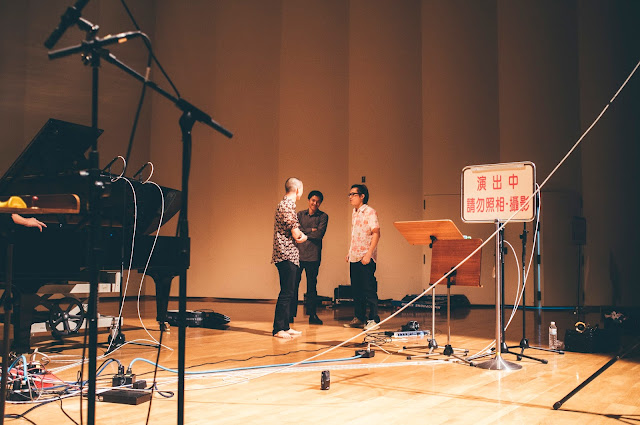 In talks before the concert