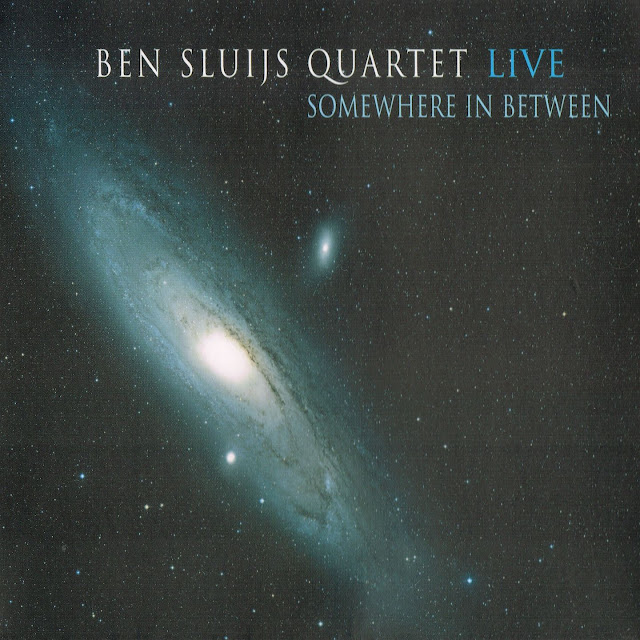 Another reissue from the Ben Sluijs Quartet (see also OCD039, ODG086, ODG095 and ODG096) originally released in 2006 on the W.E.R.F. label, Somewhere in Between was recorded live at De Meent and Vooruit, JazzLab Series tour, September-October 2005.
"A Set of Intervals" is inspired by and dedicated to David Liebman.

David Liebman wrote on the 8/11/2006:
'GREAT CD: he whole band--you are burning-the tenor is burning-and the tunes are fantastic -I have to listen again -and it gave me some inspiration for the band I have with Ellery Eskelin-same instrumentation.'