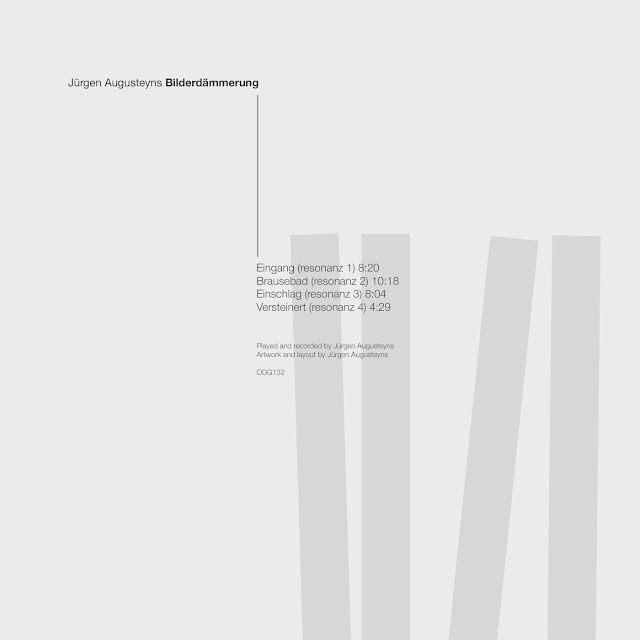 Jürgen (see also ODG108 and ODG109) made this EP after a visit at the Dachau concentration camp. The 4 tracks resonate like the interaction between the place itself and the history of the place.

"Bilderdämmerung is inspired by both a visit to the Dachau concentration camp and by the painting “Gaskamer” (1986) by Luc Tuymans.
Solemn and sterile the painting perfectly encompasses the overwhelming weight that I felt when in that particular place myself.
The title refers to a text by Stephan Berg from the book “Luc Tuymans - The Arena”.

Much in the same way that Tuymans is incapable of portraying the worst aspects of human history, neither can I translate it into music.
The worst is by its very nature always unimaginable and the moment in which the unimaginable occurs is pristine in its horror; no representation can come close.
It would be perversely pretentious and plainly impossible to create a rendition of what happened there and then. Instead, “Bilderdämmerung” is an endeavour to take the listener to that place of unspeakable dread and an attempt to evoke what I felt when I was there.

A Bandcamp only release: