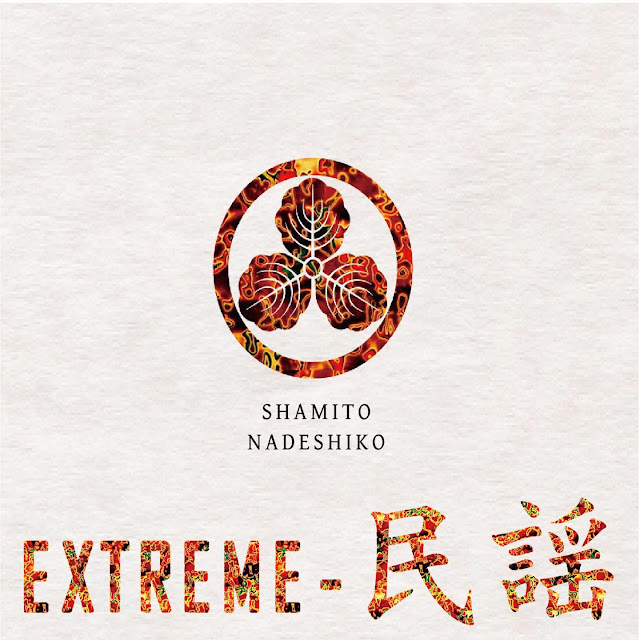 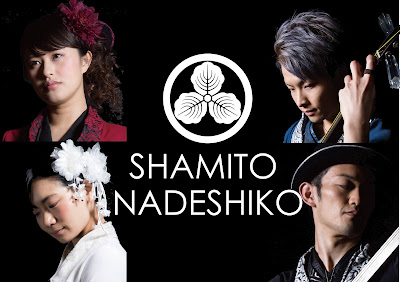 Shamito Nadeshiko is a Japanese band of four.
2 young men: Kiju (Shamisen, rap vocals) who's the group leader and who's involved in lot's of various projects, going from pop to rock to fusion to...(bio, videos and more here) and Enpachi (Shamisen and vocals).
2 young women: Yuki (vocals) and Shinzan (piano and vocals).
Their music is a revitalisation of old Japanase folk songs, most of them very famous and already be sang by many others famous artists in their traditional forms.
But while the other artists barely changed the rhythms or the arrangements, Shamito Nadeshiko rewrites them into a modern rendering, adding a hiphop dance sauce  and bringing the old folk to the 21st century.
The sound of the traditional Shamisen mixed with synthesizers! Let’s listen and dance! 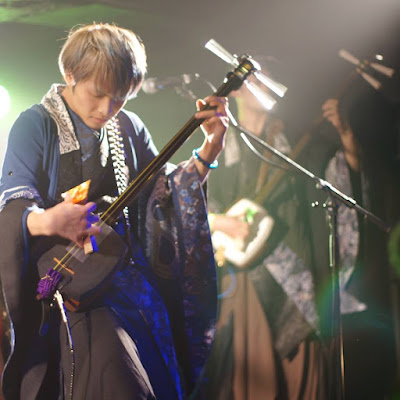 Kiju and Enpachi in action 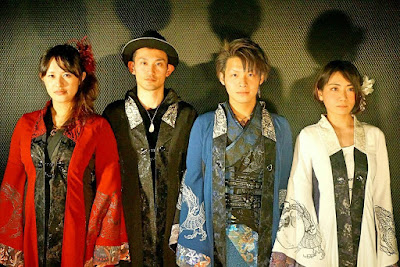 From left to right: Shinzan, Enpachi, Kiju and Yuki 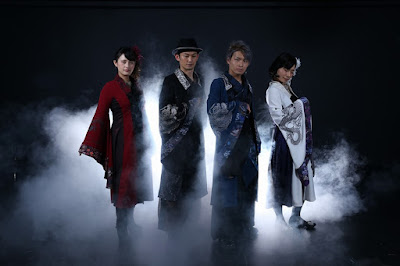 A video for Kokiriko Bushi: