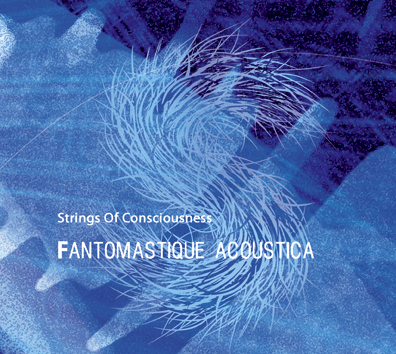 Strings Of Consciousness has united acoustic music and digital technology. Their sound is meant and dreamt to be adventurous and creative.
Throughout the past few years they have noticed that more and more experimentalists were expressing less and less concern for their potential listeners, forgetting to respect some structures/directions in their composition and most of all lacking humanity.

Even if they sculpt and craft their music with a lot of focus on detail and days and days of editing, the most important is to convey emotions, feelings.

Today, 14 musicians form the collective though the heart of Strings Of Consciousness is a string quartet, as its name makes clear, but it is also a direct literary reference to the "stream of consciousness", a term that was earlier in the 20th century to illustrate the flow of words echoing the narrator's thoughts. A narrative technique which is dear to the ensemble because of musical freeforms they all feel strongly about. Though they do not believe that free playing equals everyone playing at once. Grace and space are of the utmost importance.

Their first album was released on Barry Adamson’s Central Control label in 2007.
Their new album ‘Fantomastique Acoustica’ sees four new tracks and a stream of remixes by the best musicians of the moment. Two videos are also on this new album.