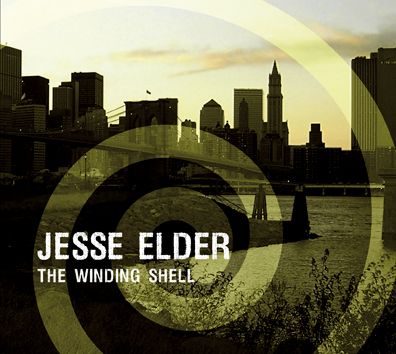 jesse Elder is a four time ASCAP award winning jazz composer and pianist based in New York City.
He has performed at the Blue Note, the Jazz Standard, Small's, Fat Cat, the Stone, Town Hall,
BargeMusic, Minton's Playhouse, Top of the Rock, and other prestigious venues. He currently performs 7 gigs per week in Manhattan and Brooklyn.
"The Winding Shell" is his debut CD.  www.myspace.com/jesseelder

Logan Richardson (alto saxophone) has performed in   major jazz festivals and venues all over the world.
He has released two albums as a leader.  He has shared    the bandstand with artists such as Jason Moran,
Nasheet Waits, Stefon Harris, Joe Chambers, Jeff “tain” Watts, Mark Turner, Mulgrew Miller and Ralph Alessi,
to name a few.
www.loganrichardson.com

Gary Thomas (tenor saxophone) is a musical legend.  He has played amongst the very best including Miles Davis, Jack DeJohnette, Herbie Hancock, John McLaughlin, John Scofield, Sam Rivers, Pat Metheny, and countless others. For the last ten years, he has been the Director and Chair
of Jazz Studies at The Peabody Institute in Baltimore, MD.  www.myspace.com/garythomaskoldkage

Chris Cheek (tenor saxophone) has performed around the world with artists such as Paul Motian, Charlie Haden,
Brian Blade, Luciana Souza, and many others.  He has appeared as a sideman on over sixty
records and has released four of his own.  His most recent CD, "Blues Cruise", features Brad Mehldau.
www.chrischeek.net

Jeremy Viner (tenor saxophone) is currently in graduate school at Julliard.  He has performed with some of the leading ensembles in New York City, including the Steve Lehman Octet, the John Hollenbeck Large Ensemble,
and others.  He has performed on Saturday Night Live, the David Letterman Show, Jay Lenno and NPR's "From the Top".  www.jeremyviner.com

Chris Tordini (acoustic bass) has become one of the most in-demand bassists in the New York City jazz and creative music scene.
He has performed throughout the world with artists/bands such as Ari Hoenig, Jean-Michel Pilc, Dapp Theory, Logan
Richardson, Jim Black, MK Groove Orchestra, and many others.  www.myspace.com/christordinimusic

shawn Sorey (drums) is a composer and performer. He has worked with a diverse array of musicians, including
Muhal Richard Abrams, Ray Anderson, Wadada Leo Smith, Steve Coleman, Peter Evans, John Zorn, Mario Pavone, Ellery Eskelin, Dave Douglas, Mark Helias and Butch Morris, among many others. Sorey‘s work has been favorably reviewed in The Village Voice, The Wire, The New York Times and Downbeat Magazine.   www.myspace.com/tyshawnsorey

A native of Japan, Aya Nishina (piano) is a composer of acoustic and electroacoustic vocal music. Aya's compositions have been commissioned and performed worldwide. As a composer and improviser she has worked with artists including John Zorn, Greg Osby, Cyro Baptista, Ned Rothenberg and Lukas Ligeti. Signed to John Zorn's record label Tzadik, Aya is currently in the process of making her first album. www.myspace.com/ayakanishina 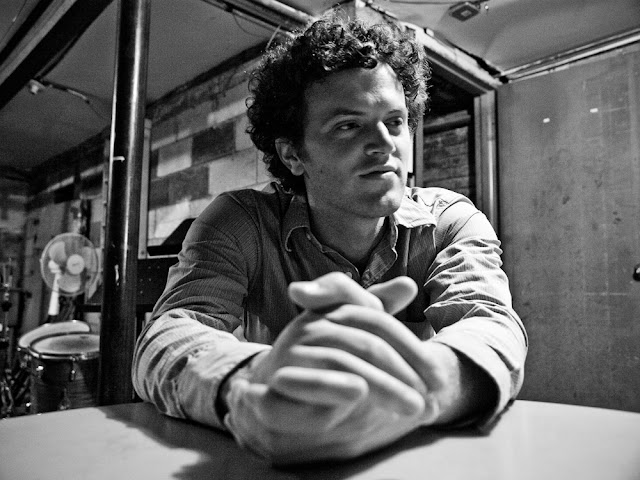